I Watched This Game: Hughes-less Canucks get cut down by the Sabres

With Brock Boeser back and Quinn Hughes out, the Canucks were a defensive mess.

The Vancouver Canucks got some good news heading into their Tuesday night game against the Buffalo Sabres: Brock Boeser was back.

Unfortunately, they also got some very bad news: Quinn Hughes would miss the game with an undisclosed injury.

Fortunately, according to Green, Hughes was close to playing and shouldn’t miss much more time, if he misses any at all. That’s a good thing because, without Hughes, the Canucks’ defence fell apart.

The Canucks gave up 43 shots to the Sabres and looked completely disorganized defensively for long stretches. The end result? A 5-2 loss to a Sabres team that was expected to be one of the worst in the NHL even before it became clear that Jack Eichel would never play for them again over a dispute over medical options.

It was a mess and not even a hot mess. It was a cold, sludgy mess that you wouldn’t even want to poke with a stick.

Without Hughes, the Canucks’ iced a top pairing of Oliver Ekman-Larsson and Tucker Poolman, a second pairing of Brad Hunt and Tyler Myers, and a third pairing of Jack Rathbone and Luke Schenn. Kyle Burroughs, who had some defensive miscues against the Detroit Red Wings after a strong start to the season, was a healthy scratch.

It’s worrying that an injury to Hughes can so quickly lead to a defence that looks that bad. They particularly struggled to break out the puck from the defensive zone and transition up ice.

“We didn’t play good enough to win. That’s how I’d diagnose it,” said Green bluntly. “It’s a fast team over there, I thought we struggled with their speed a little bit at times and usually when you’re struggling with a team’s speed it’s because you’re not very good with the puck.”

“There’s just way too many times where we would come up with a loose puck and not be able to execute a play and they’d have it right back and now you’re defending tired,” added Green. “Now you’re in trouble against a fast team that has a lot of motion in the offensive zone”

Green called it a run-and-gun game by both teams and said his team didn’t “pay a big enough price to win,” failing to block shots and throw hits to limit shots and possessions for the Sabres.

“I wouldn’t classify our team as a run-and-gun type of team,” said Green. “If we’re going to try to play that game every night, we’re going to be in trouble.”

Now, the sky isn’t falling. Sure, the Canucks lost to the Red Wings and the Sabres in back-to-back games, but they’re still just four games into the season and haven’t played a home game yet. They’ll surely look better when they finally play a game with both Hughes and Boeser in the lineup at the same time and they’ll have plenty of chances to let these two games fade into the past.

For now, however, this looks like a missed opportunity. They had a chance to kick off the season with a killer road trip and head into their home opener in front of a 100% capacity crowd on a high. This feels a little demoralizing.

At least, I felt demoralized when I watched this game. 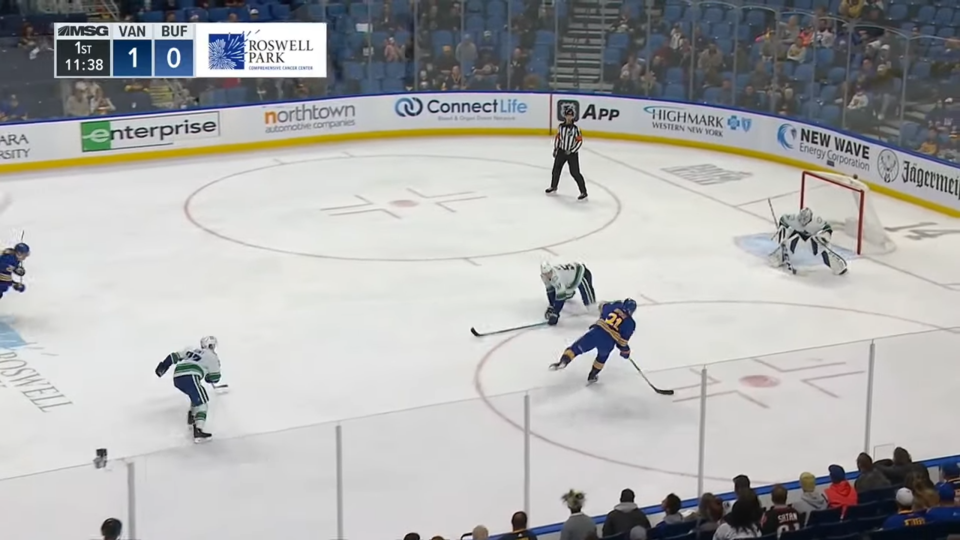 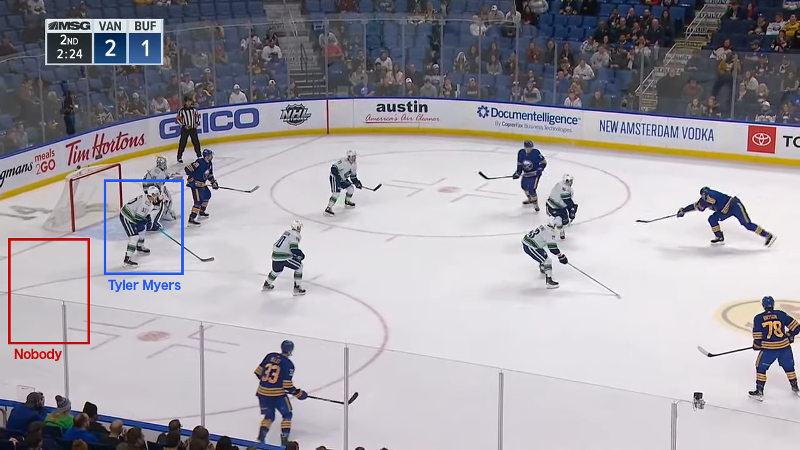 Pundits, experts, and analytics: no one believes in the Canucks this season except themselves
Oct 13, 2021 4:05 PM