If Quinn Hughes goes to the All-Star Game, it won’t affect the Canucks’ salary cap situation

Quinn Hughes going to the All-Star Game won’t have any impact on the Canucks’ salary cap, either this year or next year
Jan 1, 2020 7:27 AM By: Daniel Wagner 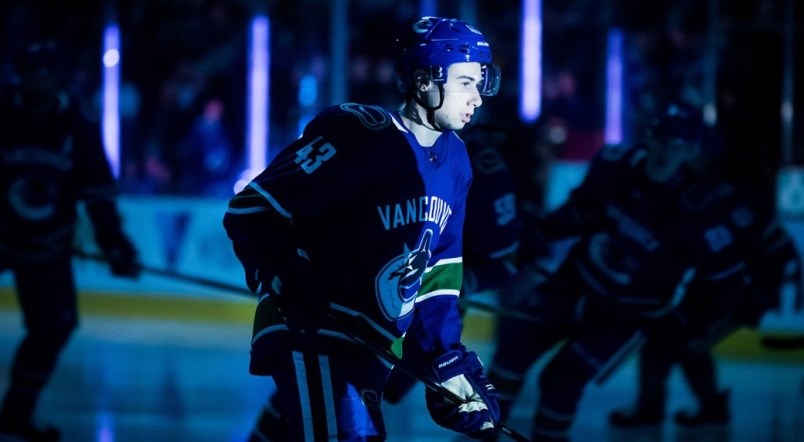 Voting has opened for the 2020 NHL All-Star Game’s “Last Men In,” representing Quinn Hughes’ last chance to get the All-Star nod that he so richly deserves.

And yet, some Canucks fans are hesitant to vote for Hughes, because they’re worried that the contract bonus that Hughes would receive for going to the All-Star Game would have a detrimental effect on the Canucks’ salary cap next year. If that is your concern, I’m here to assuage it. Quinn Hughes going to the All-Star Game won’t have any impact on the Canucks’ salary cap, either this year or next year.

The concern is rooted in how bonuses work on entry-level contracts. Since there is a limit on how much a team can pay a player on an entry-level deal, there are performance bonuses baked into the entry-level system that award exceptional players. If a player reaches certain milestones, they get paid a bonus. Some of those bonuses get added to that player’s cap hit. If a team is up against the salary cap and these bonuses would result in the team going over the cap, they can apply those bonuses to the following year’s salary cap, giving them some temporary relief. That can cause problems, however, for the next year, particularly if the team will already be facing a cap crunch.

That’s the concern for the Canucks, who have to worry about bonuses for both Elias Pettersson and Quinn Hughes being added to their cap for the 2020-21 season.

That could cause issues, as the Canucks have a decent chunk of cap space already spent for next season, with the likes of Jacob Markstrom, Chris Tanev, Troy Stecher, Jake Virtanen, Josh Leivo, and Adam Gaudette all needing new contracts.

Here’s the thing: that’s going to happen whether or not Hughes goes to the All-Star Game.

There are two types of performance bonuses: A and B. The A bonuses are the ones we’re concerned about here, as they’re payable by the team and affect the salary cap. B bonuses are paid by the league and are not added to a player’s cap hit.

There is a set list of A bonuses — players and teams can’t negotiate oddball bonuses like “Must wear the number 90” or “Scores 5 goals in the shootout” — and going to the All-Star Game is one of them. For each milestone a player reaches, they get a bonus of $212,500. So, if Hughes is named to the All-Star Game, he’ll receive a performance bonus of $212,500, which will be added to his cap hit.

The catch is that a player may not receive more than $850,000 in A bonuses per season. That works out to four milestones: once a player reaches four of his A bonuses, it doesn’t matter if he meets the criteria for more bonuses. He gets $850,000 and that’s it.

This season, Hughes is all-but guaranteed to reach four of his A bonuses. Let’s take a look at the A bonuses for defencemen from the CBA:

Hughes can be reasonably expected to reach several of these bonuses. In fact, he already has 25 assists, so you can check that bonus off.

He’s currently third on the team in ice time per game, which isn’t likely to change any time soon. He only needs 10 more points to reach 40, so that one is likely as well. He’s currently averaging 0.72 points per game; if he reaches 40 points, he’ll be guaranteed to score 0.49 points per game.

That’s already four bonuses, reaching his maximum of $850,000 in A bonuses for this year, and that’s not including his pretty much guaranteed inclusion in the NHL All-Rookie Team at the end of the year. At this point, the two defencemen for the All-Rookie Team are going to be Cale Makar and Quinn Hughes; it would take a shocking second half of the season for that to change.

If Hughes gets voted to the All-Star Game by the fans as one of the “Last Men In,” it won’t make a difference to his performance bonuses. It just means he’ll reach six of his bonuses instead of five.

So, vote for Quinn Hughes without hesitation. He deserves to go.

Note: Some have reported difficulty voting for the "Last Men In" on the Chrome internet browser. You may need to use an alternate browser, such as Safari, to register your vote. You may vote up to 10 times every 24 hours from now until January 10th, so vote early and vote often.