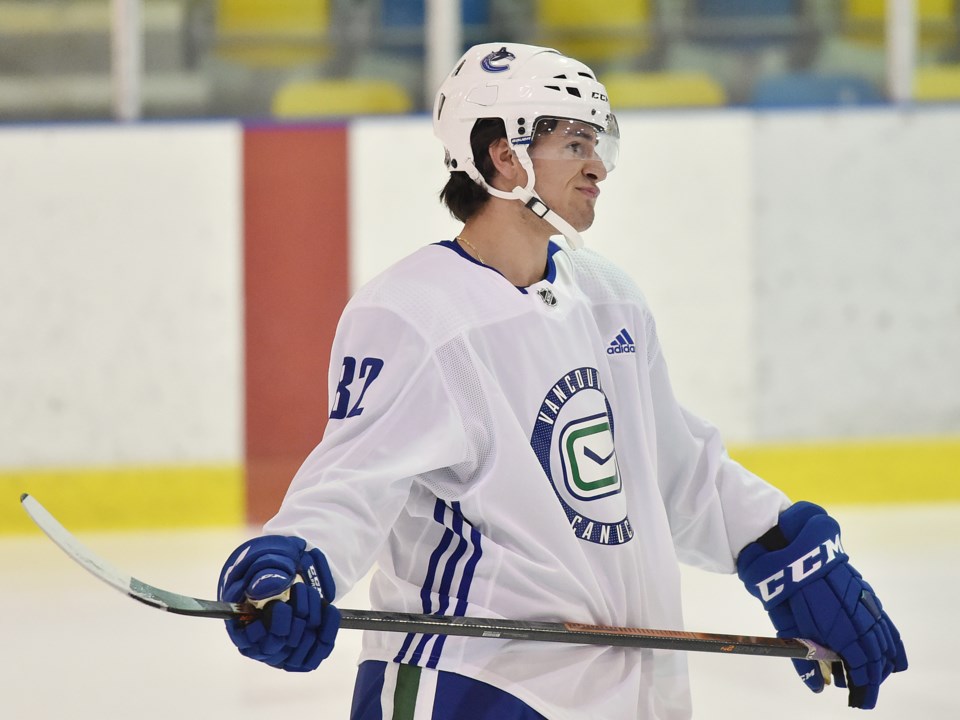 The first couple of years after a prospect gets drafted by an NHL team are essential for development. Those years can make or break a prospect, determining if they take a step forward and become legitimate NHL players or stagnate and never play on hockey's biggest stage.

The current COVID-19 pandemic complicates things for NHL prospects. While some prospects are already well into their seasons in Europe and Russia, most prospects in North America have been sidelined. The USHL has started their season, but games have needed to be postponed. The QMJHL is partially active, with teams in the Maritimes playing, but not teams in Quebec.

The Ivy League schools in the NCAA have announced that they are cancelling the winter sports schedule. That, of course, includes hockey, which was already on hold for all NCAA schools.

"The unanimous decisions by the Ivy League Council of Presidents follow extended consideration of options and strategies to mitigate the transmission of the COVID-19 virus, an analysis of current increasing rates of COVID-19 – locally, regionally and nationally – and the resulting need to continue the campus policies related to travel, group size and visitors to campus that safeguard the campus and community," reads the statement from Ivy League.

With the health & wellbeing of student-athletes & the greater campus community in mind, The Ivy League Presidents decide to forego athletics competition in fall & winter sports, postpone competition in spring sports through February 2021.

The suspension of Ivy League hockey directly affects Canucks prospect Jack Malone, who was slated to play his sophomore season at Cornell University, one of six Ivy League schools that play in the ECAC conference in the NCAA. Malone was a sixth-round pick of the Canucks in 2019 and had the makings of a late-round steal, even after an underwhelming freshman season where he had 8 points in 27 games.

"I'm not sure if Jack Malone was poised to take off quite like an Adam Gaudette or a Tyler Madden or an Aidan MacDonough," said Elite Prospects Editor-in-Chief J.D. Burke in reference to three other late-round Canucks picks that thrived in college hockey. "But I think he could've caught some people by surprise this year."

In his freshman year, the opportunities were limited for Malone behind a strong Senior class at Cornell, but with so many players graduating, he was going to get the chance to play a major role for them in the coming season.

"Cornell ran a relatively older roster last year, and who can blame them? It was good enough for a number one ranking at times," said Burke. "It also meant that true freshmen like Malone didn't get their chance to shine. On the rare occasion when Malone got to moonlight in the top-six, alongside the likes of Morgan Barron, I thought he acquitted himself fairly well. He's so fast, plays with such a high motor, and has a knack for the net. Even if he's not putting up big point totals, I could see him bringing a tonne of value elsewhere in the game."

Regrettably, Malone won't have a chance to break out this year and will lose a full season of hockey and the development that comes with playing in games. For Canucks GM Jim Benning, however, development is a secondary issue right now.

"Obviously, I'm concerned about his development, but more importantly, I'm concerned about the safety of the players," said Benning. "I was watching this morning where they said they've got 120,000 cases in the US a day right now, but in another month, month-and-a-half it could be twice that many, so that's why everything's getting shut down right now it sounds like in the US."

Without games, there's a limit to how much a player can do. The Ivy League has said rinks and practice facilities will be open to student-athletes according to regulations in each state, so there are some things Malone can do to keep working towards an NHL future.

"There's not much you can do from a player perspective, because they're not going to be playing games," said Benning. "You can work on individual skills. If the rinks are open, you can continue to work on the skating and the skillset and the strength and conditioning, but as far as playing and developing through playing, it's going to be a problem.

"It's not only in college hockey but a lot of the leagues even in Europe are shutting down right now, so I think we just have to be patient and try to get through."

A further concern is that the Ivy League was the first to cancel fall sports in the NCAA, with other universities then following suit. It's possible that the Ivy League cancelling their winter sports will be followed by the rest of the NCAA doing the same. That could affect three other Canucks prospects: power forward Aidan McDonough at Northeastern University, defenceman Jacob Truscott at the University of Michigan, and goaltender Matthew Thiessen at the University of Maine.

Vasili Podkolzin headlines the Canucks prospects expected to play at the 2021 World Juniors
Oct 21, 2020 11:57 AM
Comments