IWTG: Canucks get burned by the Flames in disastrous second period

“I’m not worried about Petey.”

Any time that Elias Pettersson was in a minor slump last season, the above was Travis Green’s regular refrain. The Canucks head coach had learned that Pettersson was never far from figuring it out and bouncing back, so he was never overly concerned.

At what point do you start to worry?

Pettersson has yet to score a goal through the first four games. He hasn’t recorded a point in the last three games, his first three-game pointless streak since his rookie season. Beyond the points, he and his linemates aren’t controlling possession the way fans are used to: of the Canucks to play all four games this season, Pettersson has the team’s worst corsi percentage and the team has been out-shot 39-to-24 when he’s been on the ice at 5-on-5.

On Monday night, with the return of J.T. Miller to the Canucks lineup and his wing, it didn’t get any better for Pettersson. The Canucks were out-shot 8-to-2 when he was on the ice at 5-on-5 and out-attempted 11-to-5.

To top it off, Pettersson took two of the Canucks’ seven penalties, both of them in the second period, which played a significant role in the momentum shifting in the Flames’ direction after a solid first period. Both were undisciplined penalties seemingly borne out of frustration.

After the game, however, Pettersson was front and centre to face the media after the game and didn’t shy away from owning up to his mistakes.

“I took two dumb penalties. Not acceptable,” said Pettersson. “I was just disappointed in myself for letting the team down by taking another stupid penalty...It’s not going to happen again.”

Beyond the two penalties, which are certainly out of character for someone who only took nine minor penalties all of last season, Pettersson knows that he hasn’t been good enough to start the season.

“I think I can do a lot of better stuff out there,” he said. “I think I’m maybe not playing with the best confidence right now and playing too stationary. I need to move my feet. I’m an easy target if I’m not moving my feet, so I’ve got to be better.”

While Pettersson does need to be better, he’s certainly not the only one, and the returning Miller made a blunt assessment of the team’s performance with the quote of the night.

“We’ve just gotta be better pros. We get paid a lot of money to do this,” said Miller. 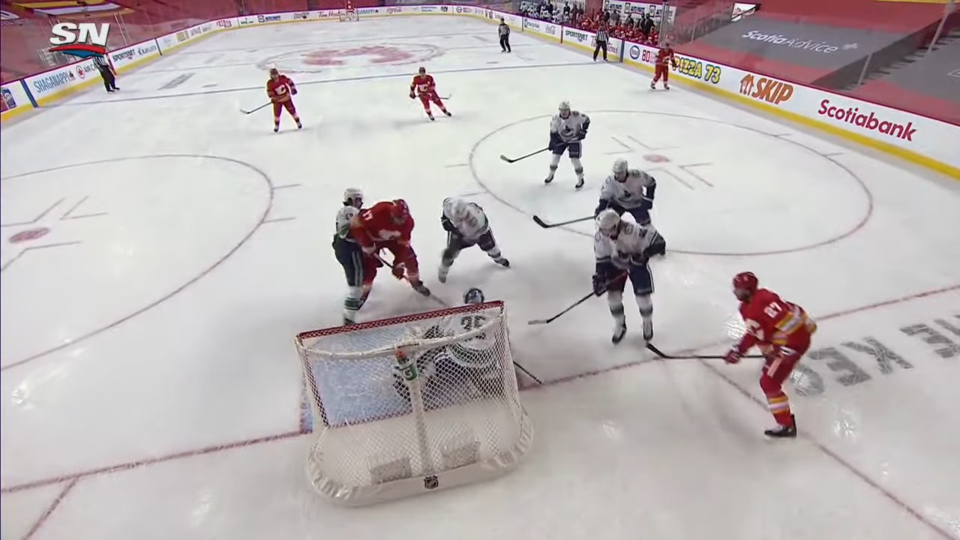 When you backcheck, take a man.

IWTG: Nils Höglander gets le but in debut and Brock Boeser tallies two as Canucks top Oilers
Jan 14, 2021 12:47 AM
Comments