REPORT: Canucks trying to negotiate an extension with Erik Gudbranson 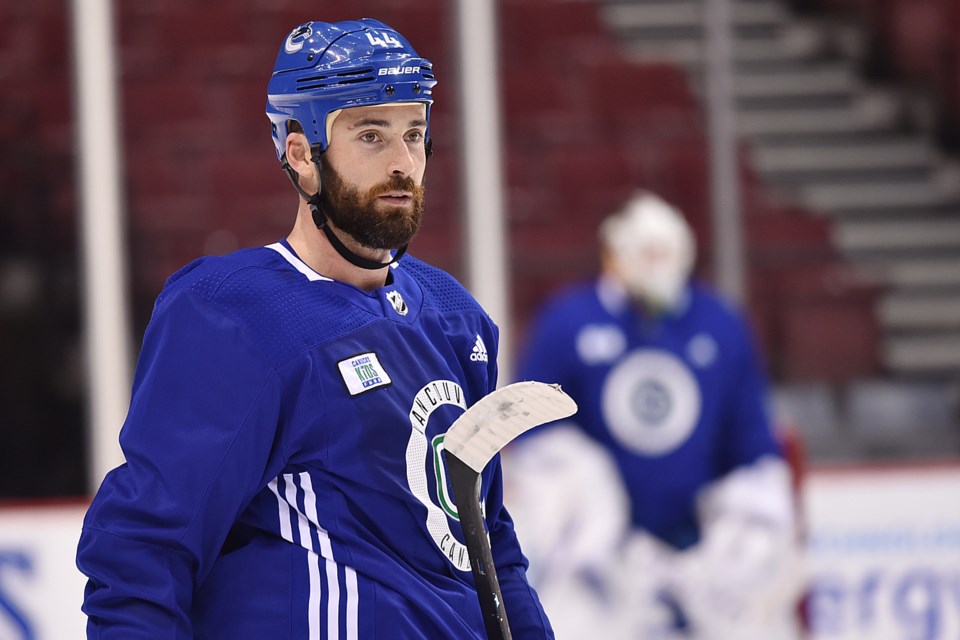 The Canucks have two key trading pieces heading into the trade deadline: Erik Gudbranson and Thomas Vanek. The two pending unrestricted free agents are the two easiest pieces for Jim Benning to move, whereas other potential trade pieces are a little more complicated.

Earlier this month, however, it was suggested that the Canucks might not want to trade Vanek in case the Sedins decide not to return next season. While the Sedins’ decision really shouldn’t have much bearing on what they do with Vanek, it appears to be weighing heavily on Benning’s mind.

Now Bob McKenzie is reporting that the Canucks don’t want to trade Gudbranson either.

On TSN’s Insider Trading, McKenzie reported that “the first priority at this point is to try to negotiate an extension with Gudbranson.”

He continued to state that there have been no “specific contract talks” but that the Canucks and Gudbranson’s agent will meet in the coming weeks with the goal of negotiating a “multi-year extension.”

“Only if they can’t get that extension done does he become a likely move at the deadline as a rental and they’re getting lots of calls on him at this time,” finished McKenzie.

This is concerning, to say the least. Gudbranson has been a great fit with the Canucks in the locker room, but a poor fit on the ice. At this point, moving on seems like the best idea for both the team and the player. A trade at the deadline would be the best option, so as to recoup some of the assets lost in the initial trade that brought him over from Florida.

On the other hand, this could just be posturing on the part of the Canucks. While the carefully-timed leak to the media hasn’t been a go-to tool in the toolbox of this regime, putting it out there that the Canucks might want to hang on to the sizeable defenceman might get teams to start upping their offers.

The most positive part of McKenzie’s report is that many teams are calling about Gudbranson. If interest is high and teams fear they might not be able to pry him out of Vancouver without a solid offer, Benning and the Canucks could get a better deal than expected.

The other side of this report is that if the Canucks don’t trade him, it’s now out there that they got “lots of calls” and had the opportunity to do so. If the Canucks go through the deadline without moving either Gudbranson or Vanek, it will likely remind Canucks fans of the deadline two years ago when they failed to move either Dan Hamhuis or Radim Vrbata, and it would be a significant step back from their positive moves at last year's trade deadline.