It’s time for “Stick in Link”, the feature where we just plug in a bunch of stuff written by others! Featuring a smattering of links from around the Smylosphere and beyond every Tuesday and Thursday.
Sep 29, 2015 12:46 PM By: Harrison Mooney 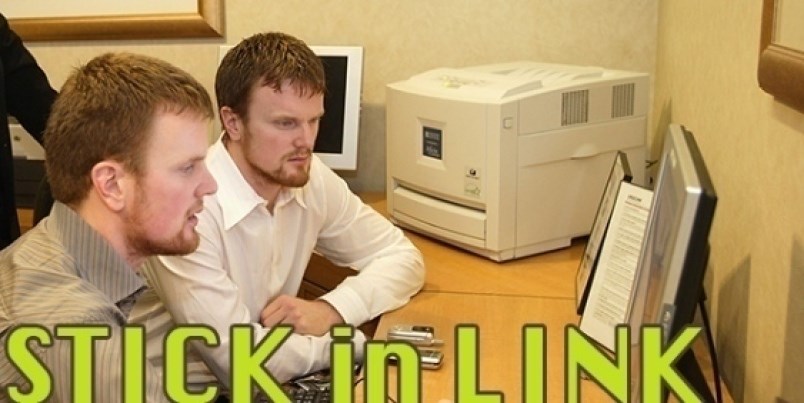 It’s time for “Stick in Link”, the feature where we just plug in a bunch of stuff written by others! Featuring a smattering of links from around the Smylosphere and beyond every Tuesday and Thursday. Warning: our links are so hyper, they change colour when exposed to heat. (Have something for us to share in the next edition? E-mail us at passittobulis@gmail.com or tweet us @passittobulis. Or tell us some other way. The point is: we'll probably link it if we know about it.)

• Willie's love for the kids is showing: “I thought McCann played well enough on the wing and I wanted to get him back to centre to see where he was at,” said Desjardins. “I wanted to have a real good look at him. And Hutton is putting us in a spot where we have to give him a look. We have to have to people battling for jobs and if they deserve it, we have to get them in the lineup." This is pretty notable, since he made it clear last year that he had a hard time trusting 19-year-old Bo Horvat. Did Horvat's rookie season soften an old man to youth? Probably. [The Province]

• We're talking a lot about the Canucks prospects at camp, so it would make sense to write a blog post about one of them. Or not. J.D. Burke asks whether the Canucks should bring Swedish prospect Anton Rodin home from Europe. [Canucks Army]

• Okay. NOW you can start getting into the preseason. It's gotten interesting. [Nucks Misconduct]

• Matt Bartkowski: Canucks X-factor? Could be. Can I just say: I love speculation about who X-factors could be, since it's impossible to predict. You might nail it. You might get it exactly right. It's the blog post that never fails. [The Canuck Way]

• Brad Ziemer writes up Monday night's Canucks win, where Jared McCann and Jacob Markstrom were the standouts, and Sven Baertschi was, according to Willie Desjardins, the best he's looked so far. I'm not entirely sure that's a compliment, though, so much as an indictment of his forgettable play prior to Monday. [Vancouver Sun]

• Poor Steve Burgess can feel his love for the Canucks growing. It sounds horrible. [24 Hours]

• Here's your Utica Comets training camp roster. Looks like it's going to be a much younger team this year. [Utica Comets]

• Is Bo Horvat the next Ryan Kesler, except for all the stuff we don't like about Ryan Kesler? Yes, inasmuch as Kesler used to be Vancouver's no. 2 centre, and no Horvat is. [Always 90 Four]