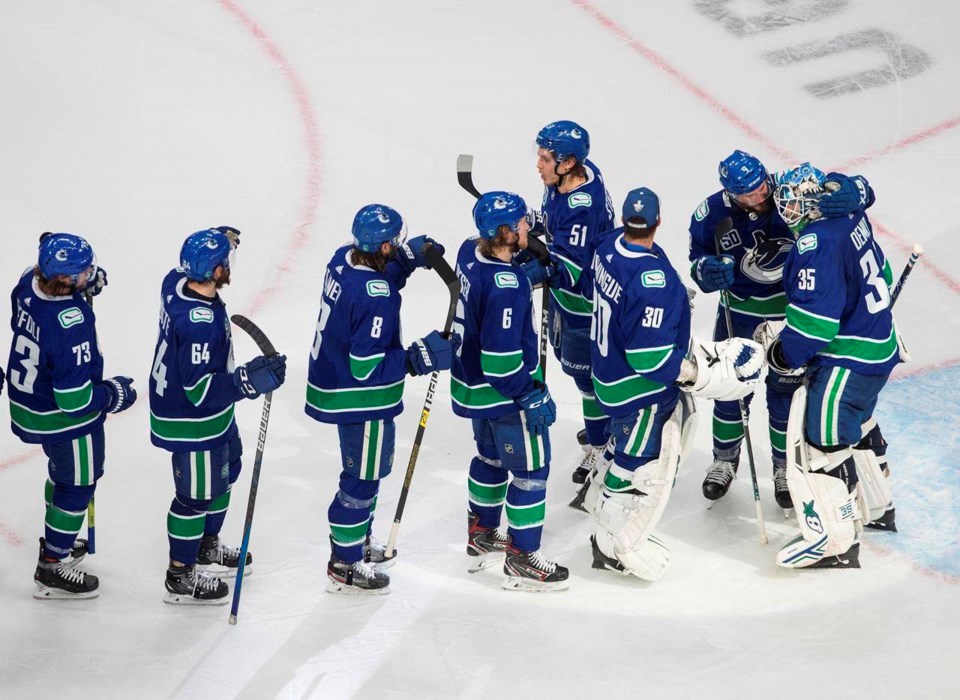 In the midst of all the disappointment after their Game 7 loss to the Vegas Golden Knights, there was something else from the Vancouver Canucks: determination.

“We all said it in the room already,” said captain Bo Horvat not long after the final horn. “We can’t wait to get back next year.”

The Canucks’ young core got their first taste of playoff hockey this year and it turned bitter in their mouths in the final game. With a young team, there’s always talk about needing to learn how to win in the playoffs, but the opposite might be even more important: learning what it feels like to lose in the playoffs.

As much as hockey players love to win, the best hockey players seem to hate to lose even more. Perhaps it’s a cliche, but it appears to be a true one: great players are driven to get better because they hate the feeling of losing.

Getting to a Game 7 and losing in such heartbreaking fashion might be the best thing for the young Canucks, then, as that’s a feeling they’ll never want to repeat.

“Getting to Game 7, almost making the semi-finals, was an accomplishment,” said head coach Travis Green, “but it’s also a learning experience and should drive the hunger and the compete level, preparation, and gearing up for the years to come.”

The Canucks’ success was driven by their youth, from their 25-year-old captain to their superstar 20-year-old defenceman, Quinn Hughes. When their veteran goaltender that had carried them so far went down with an injury, their 24-year-old backup, Thatcher Demko, stepped in and played the best hockey of his life, making 123 saves on 125 shots over three starts to force Game 7.

“Playing a good team like that, playing in elimination games, high-pressure games, those are experiences that are invaluable for young guys like me,” said Demko. “I'm really excited to get back and make a push next year.”

The hope is that the team’s youth will take that experience and come back even better in the future. There may be setbacks along the way, but the experience gained in these playoffs should help them deal with those setbacks.

“What our team has gone through, the mental part, the physical part, it’ll help our group,” said Green. “It’ll help us next year, it’ll help us in five years. There’s not many times you go into a playoffs with 10 guys playing their first playoff game and you win a Stanley Cup.”

The biggest hope, of course, is that the team’s two youngest players, Hughes and Elias Pettersson, are at the beginning of an incredible upward trajectory.

On the ice, the experience and the lessons learned should serve the Canucks well in the future as they look to build around their young core. The lessons the Canucks learned off the ice, however, are even more important.

Midway through the second round of the playoffs, the Canucks and their opponents, the Vegas Golden Knights, came together with the rest of the players in the NHL to make a clear statement: Black lives matter and they stand in solidarity with Black athletes within hockey and other sports against racism and police brutality.

“It’s a message that will initiate awareness, a lot of positive discussions, hopefully the start to educating people in discussing racism, and ultimately, moving forward, to take action,” said Green at the time. “Hopefully it’s not just in sport either, but in society.”

With some time to reflect, Green still wasn’t sure what form that action would take, which is a question that needs to be asked again and again so that the protest within the playoff bubble doesn’t end in a moment, but leads to a movement.

“I know our team has a desire and they will push forward to be better,” said Green on Tuesday in his end-of-season media availability. “I think the first process is educating, having awareness, and then taking action, and I’m confident within our group and our organization that that will happen.”

“As a coach,” he added,” you’re going to support your players on actions that they take when it comes to racism.”

Perhaps that’s a sign that any movement towards ending systemic racism in hockey will have to start with the players — a grassroots movement rather than something top-down from the NHL. This summer’s protests and two-day strike in the midst of the playoffs shows, at the very least, that the players now have a greater awareness of the issues and a greater willingness to listen to the struggles of BIPOC athletes within their sport.

Breaking down how the Golden Knights have spent so much time in the Canucks’ zone
Sep 2, 2020 3:00 PM
Comments