The Canucks are keeping Rogers Arena lit up orange indefinitely. Here’s why.

To honour the lives lost to residential schools, the Canucks lit Rogers Arena in orange on Monday night.

On Monday, the Vancouver Canucks were the first NHL team to acknowledge the discovery of a mass grave in Kamloops at the site of a former residential school.

The remains of 215 children were found buried at the site, a devastating reminder of Canada's history of genocide and mistreatment of Indigenous people that still reverberates today.

On May 31, the Canucks released a statement announcing that the usual lighting scheme outside Rogers Arena will be changed to orange to honour the children found in Kamloops, "as well as every other child who was forced to attend residential schools, and their families."

Orange is a colour associated with remembering the history of residential schools in Canada. Orange Shirt Day is an initiative started in 2013 where Canadians are asked to wear orange shirts on September 30 to "create meaningful discussion about the effects of Residential Schools and the legacy they have left behind," according to the Orange Shirt Day website.

The statement indicated that Rogers Arena will be lit in orange "going forward," which has been confirmed by the Canucks as "open-ended," with no set time period for the lighting change.

The Canucks statement concludes with a strong declaration: "We acknowledge the genocide of the Indigenous community and as Canadians must do more toward real truth and reconciliation."

The statement, combined with the indefinite time period of the lighting change, acknowledges that this is a long-term conversation and commitment. What remains to be seen is what actions the Canucks will take in the future to go beyond this statement and help enact "real truth and reconciliation."

The Canucks have worked to create stronger ties to the Indigenous communities of B.C. and are one of the few NHL teams to do a land acknowledgement prior to every home game, acknowledging that they "play hockey on the unceded and traditional territory of the Musqueam, Squamish and Tsleil-Waututh Nations."

Canucks owner Francesco Aquilini shared the statement from the Canucks and added, "We stand with our First Nations partners and friends in their trauma, grief, and healing after the horrible discovery in Kamloops."

"We’ve had a relationship with the Aquilinis for over 20 years as Musqueam,” said Chief Wayne Sparrow of the Musqueam Nation in December. “The Canucks are in our traditional territory, but I think the Canucks have a goal to be inclusive of all First Nations in B.C. It’s not just the Musqueam, Salish, and Tsleil-Waututh that are fans of the hockey team or do business with them.”

Other teams around the NHL have also released statements, while the Toronto Maple Leafs and Montreal Canadiens held a moment of silence ahead of Game 7 of their first round playoff series.

BC Place also was lit up in orange on Monday night to honour those who lost their lives to the residential school system. 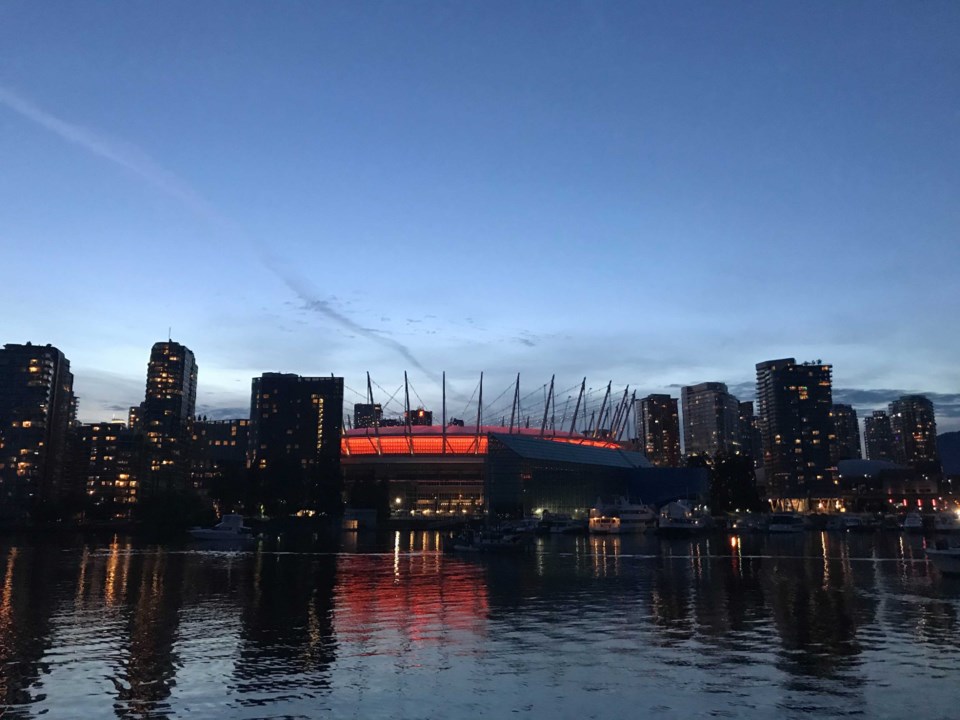 BC Place lit in orange to honour lives lost to the residential school system. By Brendan Kergin / Vancouver Is Awesome