The Canucks are reportedly interested in Zach Hyman and I am so very, very tired

The 29-year-old pending free agent has permission from the Toronto Maple Leafs to speak to other teams and the Canucks have reportedly reached out.
Jul 15, 2021 1:10 PM By: Daniel Wagner 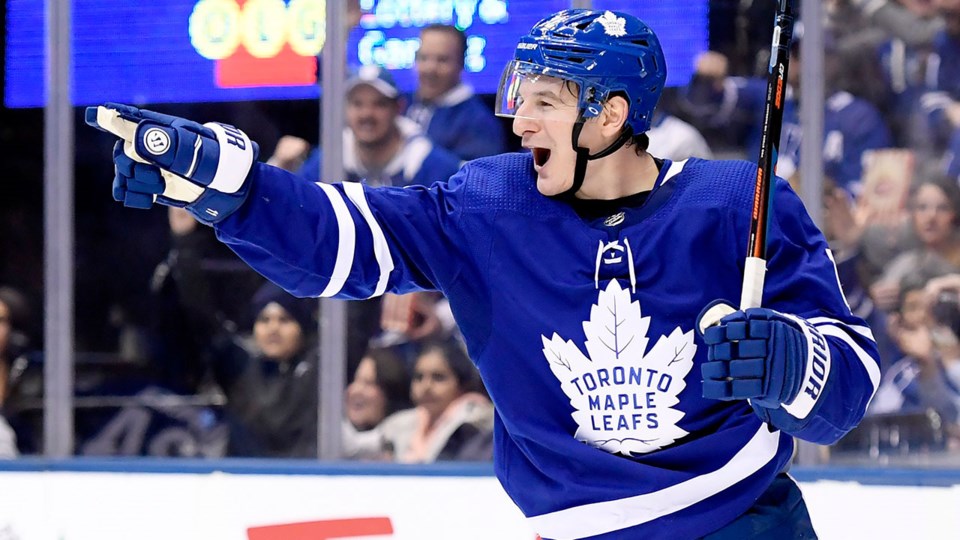 Zach Hyman has permission from the Toronto Maple Leafs and could see his rights traded ahead of free agency.Nathan Denette / CP

As the French say, “Plus ça change, plus c'est la même chose.”

Or, in English, “The more things change, the more they stay the same.”

The one move that has haunted Vancouver Canucks GM Jim Benning more than any other is the six-year, $36 million contract he gave Loui Eriksson. Almost immediately, the 31-year-old Eriksson failed to live up to the expectations created by his contract and previous play in the NHL and he spent all but seven games last season on the taxi squad.

Eriksson’s contract has been a millstone around both Benning’s neck and the Canucks’ salary cap, but it’s not alone. You could point to Tyler Myers as a similar deal. Signed at 29 to a five-year deal, also worth $6 million per year, Myers has already shown diminishing returns, with some of the ugliest defensive results on a defensively hideous team.

It seems like there might be a lesson here: long-term contracts for players entering (or already in) the back half of their careers are inherently risky and probably not worth it, especially for a team that is ostensibly trying to build a playoff team through drafting and development.

And yet, according to reports, the Canucks are among the frontrunners to acquire and sign 29-year-old Toronto Maple Leafs forward Zach Hyman.

Canucks have expressed interest in Hyman

The initial report came from Kevin McGran of the Toronto Star and it was echoed by Canucks reporter Rick Dhaliwal, who confirmed that the Canucks have contacted Hyman’s agent.

Hyman and his agent, Todd Reynolds, have been granted permission by the Leafs to talk to other teams. Hyman will be an unrestricted free agent this summer, but teams could potentially trade for his negotiating rights and sign him earlier.

Here’s the thing — Hyman is a good winger. He found a home on the Leafs’ top line with Auston Matthews and Mitch Marner, but has the ability to play on any line. His underlying statistics are solid, with an ability to push puck possession into the offensive zone and keep it there. He also has excellent finish around the net, with several 20+ goal seasons.

Of course, the same was said and was true of Eriksson before he was signed by the Canucks.

(In a fun coincidence, Eriksson even got a single fourth-place vote for the Selke Trophy the season before signing with the Canucks, just like Hyman received last season. But I digress.)

The trouble with Hyman isn’t that he’s a bad player, it’s that he’s already 29 and likely to decline in the coming years. His cap hit, however, won’t. According to some reports, Hyman is seeking a six-year deal worth around $6 million per year, much like Eriksson received.

He’s not likely to be worth $6 million per year by the time he’s 34 in the final year of a six-year deal. There’s a decent chance Hyman isn't even worth $6 million next year. The ageing process is tremendously unkind that way.

Pursuing Hyman has both short and long-term consequences

There are the long-term cap implications of such a deal, but also the short-term issues of the Canucks trying to fit that type of contract under the cap this season. The Canucks are already needing to sign Elias Pettersson and Quinn Hughes to cheaper, short-term bridge contracts instead of long-term deals because of their lack of cap space this offseason. They also need to upgrade their defence and find a third-line centre. Where are they going to find space for Hyman?

Acquiring Hyman would likely mean shedding other contracts, but the only way they’re likely able to do that is by spending assets — draft picks and/or prospects — to get other teams to take those contracts. Worst case, that could mean trading away the ninth-overall pick in this year’s draft.

The long-term impact of all of this — a six-year deal for a 29-year-old forward, short-term bridge contracts for Pettersson and Hughes, and losing picks and prospects to create cap space — could be devastating.

Hopefully, this reported interest in Hyman is just Benning kicking tires and nothing more.

Oilers willingly made themselves worse with Duncan Keith trade, which is great for the Canucks
Jul 12, 2021 2:04 PM