48% of Canadians say they will get COVID-19 vaccine right away: poll

A new survey finds that Canadians are increasingly more willing to be immunized against coronavirus (COVID-19) as soon as a vaccine is available to them.

A month ago, the not-for-profit Angus Reid Institute asked Canadians how willing they would be to take a vaccine once it is available. The poll found that 40 per cent were keen to be vaccinated as soon as possible. However, in its most recent survey, 48 per cent say they will take the vaccine as soon as it is available to them, a boost of eight per cent.

Report authors comment that it might have been the "first, chipper, elderly patients in Britain who spoke about their experience that has made the difference," or that the conversation around vaccines, "from abstract concept to tangible reality has had an impact."

The poll finds that Canadians over 65 are the most likely to say they will be immunized as soon as possible, with 61 per cent of the demographic confirming they are eager.

But while more Canadians express a desire to get vaccinated early, the report notes that the number of people who say "will not get a vaccine has remained static at roughly one-in-seven." However, this rate "varies from province to province."

Despite some early critiques, half of Canadians say Prime Minister Justin Trudeau has done a “good job” securing vaccines for Canada. 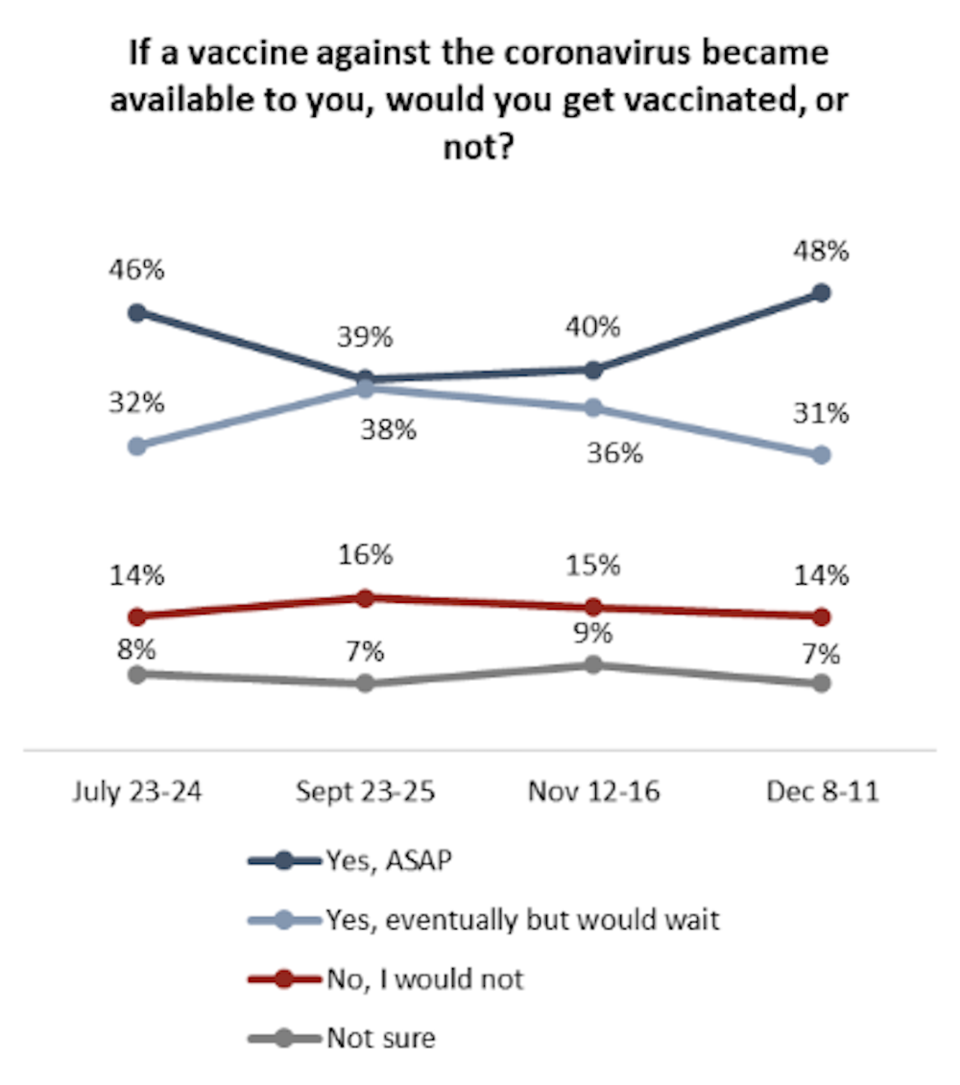 When it comes to mandatory vaccination, a staggering 71 per cent of Canadians say frontline health and long-term care workers must be immunized.

But beyond healthcare workers, report authors note that there is less consensus on who needs to be vaccinated in Canada.

One-in-five Canadians say vaccination shouldn’t be a requirement under any circumstances.