Vancouverites are sharing their thoughts on social media following the appearance.

Many people are expressing frustration with B.C.'s top doctor after she appeared without a face mask in several photos and videos at a sporting event in Vancouver Thursday night.

The BC Lions held their first football game of the season at BC Place stadium on Aug. 19 with a 12,552 capacity. Vancouver Coastal Health (VCH) also held a vaccination clinic in Terry Fox Plaza for fans looking to get vaccinated before the home opener.

But it wasn't the fact that Henry was at the game that had people so upset. 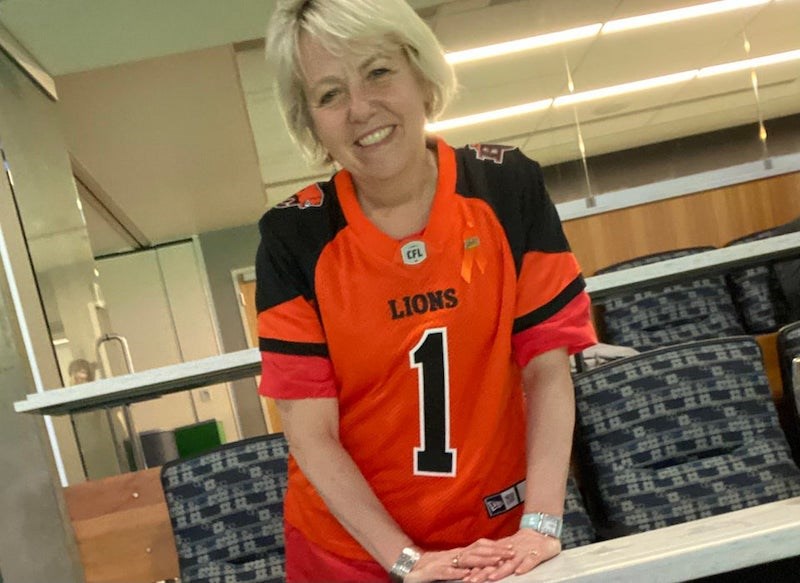 Several people shared videos of the health officer learning in for pictures without a face covering. In one of them, she makes a peace sign with both hands in a selfie with two young men and someone is heard yelling "no mask."

Many locals have commented that Henry appeared completely unaware of how her behaviour was perceived.

Other photos from the event also show a great deal of crowding when people were exiting the stadium.

Mask requirement at BC Place

BC Place strongly recommends unvaccinated people over the age of 12 wear masks.

A few people have noted, however, that the retractable stadium roof was also open, which made the game an outdoor rather than indoor event.

Still, many locals pointed out that Henry has encouraged people to continue to wear masks in places where they might be in close proximity to others.

Since the mandatory mask order was lifted, numerous locals expressed their experiences on social media. Several of them feel that the health and safety of businesses, employees and patrons are at risk due to the relaxed rules.

Now, as cases have started to surge across the province, worried locals are asking that some restrictions should be reinstated province-wide. In particular, people are voicing their concerns about non-medical face coverings no longer being mandatory.

Experts warn that coronavirus cases in British Columbia could reach unprecedented levels based on recent modelling.

In a daily press briefing on Aug. 6, Henry stated: "In no way did we ever say that is not appropriate [to wear masks in public settings]. I have said repeatedly, and continue to say, 'People must, and should, wear masks in indoor public spaces, particularly when you're around people if it's crowded indoor spaces, where we know this virus can be transmitted."

The #firebonnie hashtag was trending on Twitter Friday following the appearance.

Have a look at what some locals had to say.

With files from Glen Korstrom