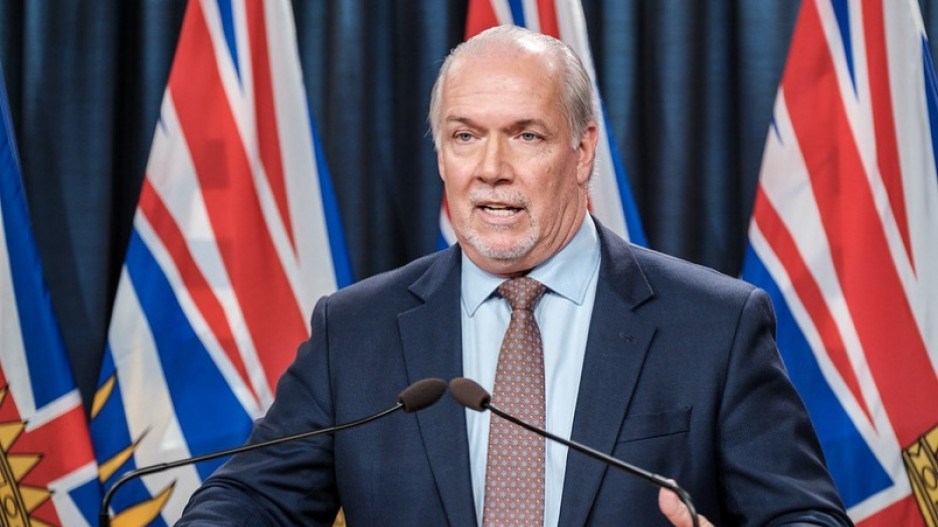 In the daily coronavirus briefing on May 20, Premier John Horgan said people must follow BC's orders but that the circuit breaker restrictions will end. BC Government

While you won't be able to throw wild parties anytime soon, B.C.'s 'circuit breaker' restrictions are set to expire next week.

Premier John Horgan told reporters in the daily coronavirus (COVID-19) briefing on Thursday (May 20) that British Columbians need to continue to abide by the provincial health restrictions through the long weekend -- but that people can expect "great news" next week.

Stronger province-wide restrictions are in effect until Monday (May 24) at midnight; health officials will explain a new "roadmap" for reopening on Tuesday, including what that means for various sectors affected by current restrictions like restaurants and tourism.

The "circuit breaker will be over" on Tuesday and a new roadmap for B.C. will be laid out in the daily briefing, explained Horgan.

Horgan added that the announcement follows several weeks' worth of sacrifices on the part of British Columbians and that there will be an "abundant amount of information" in the announcement.  "We look forward to talking to you about that," he said.

Until next week, however, people need to continue to follow the provincial health orders.

"Let's get through this weekend; it's so critically important. We can't stress enough how important it is to follow the guidelines. Don't look for loopholes, don't look for ways around it, find another way to enjoy the weekend and look forward to a fantastic summer."

The BC RCMP will be conducting road checks on major B.C. highways in an effort to curb recreational travel in the province. Last weekend, over 2,000 drivers were stopped at road checks in the province but police didn't issue any tickets. However, 30 drivers who were travelling for nonessential purposes voluntarily turned around after police pulled them over.