After a month in which COVID cases in schools reached the highest level ever on the North Shore, the number of exposures in the past two weeks is now notably dropping.
May 7, 2021 7:00 PM By: Jane Seyd 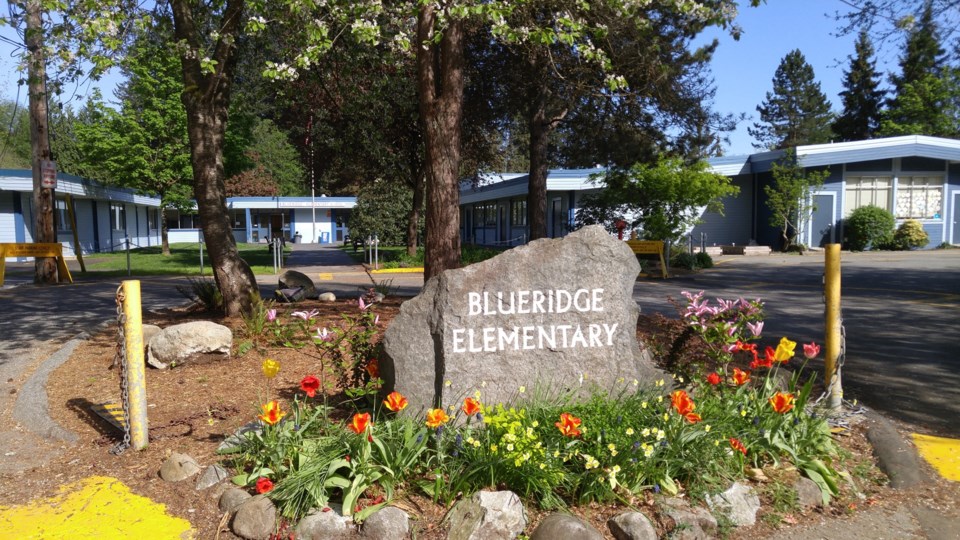 After a month in which COVID cases in schools reached the highest level ever on the North Shore, the number of exposures in the past two weeks is now notably dropping.

The recent drop in exposure letters comes after a month in which schools on the North Shore sent out 113 notices about possible exposure to the virus, said Coralynn Gehl, who runs a local Facebook site where parents post notices they’ve received and swap information.

“The second or third week of April, they were really, really high. But then they just dropped off really quickly,” said Gehl.

The spike in North Shore school exposures in April mirrored the highest ever weekly case counts for new infections being recorded in the community at over 300 cases a week.

In the past two weeks, however, those numbers have dropped to about half that level.

“I felt that last couple of weeks of April, I was hearing a lot less about gatherings that shouldn't be happening,” said Gehl.

Cases decline in May

North Vancouver schools superintendent Mark Pearmain had a similar message for trustees at the most recent public board meeting. “We have certainly started to see at this point in time a plateau and also now a decline in the number of cases, but also exposure letters that we are seeing in our schools,” said Pearmain.

Vaccinations for teachers and staff are also underway in both North and West Vancouver schools. That has had the effect of reducing “quite a bit of angst within our system,” said Pearmain.

The dropping number of exposure letters doesn’t mean schools are completely out of the woods.

One kindergarten class at Blueridge Elementary, for instance, was recently told to self-isolate after an exposure there. Several other classes in the school were also told to monitor themselves after being exposed to the virus. But the number of exposures is down substantially so far in May.

In North Vancouver, since the beginning of the school year, only two schools have escaped receiving any exposure notices, said Pearmain.

This week, Health Canada announced the Pfizer vaccine has now been approved for use in teenagers down to age 12. Dr. Bonnie Henry, the province’s medical health officer, said she hopes to announce soon how and when teenagers will be included in the province’s vaccination plans. She hinted it’s possible teens may even get a first dose of the vaccine before the end of the school year.

Westcot Elementary: A Grade 3 class was exposed prior to April 25.

Saint Anthony’s private school reported an exposure in a Grade 1 class April 22 and 23.

Argyle Secondary May 7 notice of an exposure April 30 and May 4. One Grade 11/12 creative writing (a.m.) class directed to self-monitor. An exposure was reported April 22 for classes of band 9 and math 9.

St Thomas Aquinas private school. A class was exposed May 3 and 4.

Bodwell private high school. Exposures were reported April 16 and between April 19 and 21.

Seymour Heights Elementary reported an exposure to the virus in its Strongstart program April 26.

Queensbury Elementary: Two positive cases resulted in exposures in three classes, including Grade 2 / 3 class, and Grade 5 / 6 class and a continuing band class on April 13-16 and 19-21.

Highlands Elementary. A Kindergarten class was exposed April 15 and 16.