The BCCDC has released an updated map.

The BC Centre for Disease Control has released an updated map of the latest coronavirus (COVID-19) hotspots in the province.

Each week, the BCCDC releases an update of the COVID-19 cases for the most recent seven-day period (Sunday to Saturday).

In the Lower Mainland for the most recent period (ending May 29), Vancouver has the second-highest number of new cases of COVID-19, with 289 new cases identified over the past week. However, Vancouver is divided into six local health areas.

The Tri-Cities local health area saw 101 new cases in the past week, making it the fourth-highest in Metro Vancouver. 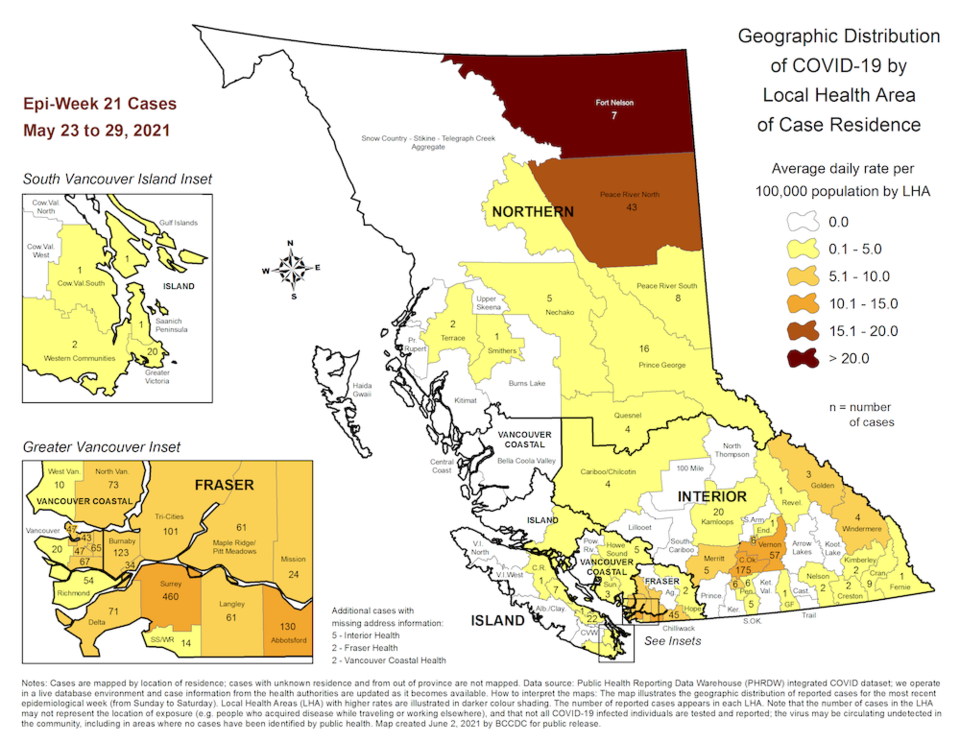 While COVID-19 cases continue to fall in British Columbia, variants of concern continue to wreak havoc around the world.

Originally a variant of interest, B.1.617.2, now known as the Delta variant of concern under the World Health Organization's new naming system, surfaced in Canada earlier this year. In April, incoming passenger flights from India and Pakistan were banned in an effort to curb the spread of the highly transmissible strain.

But as cases of the Delta variant surge in other parts of the country, Provincial Health Officer Dr. Bonnie Henry told reporters in the daily coronavirus briefing on Thursday (June 3) that it isn't replacing other variants of concern in B.C.