Tinfoil hats are apparently not mandatory at this event
Dec 4, 2020 6:25 PM By: Bob Kronbauer 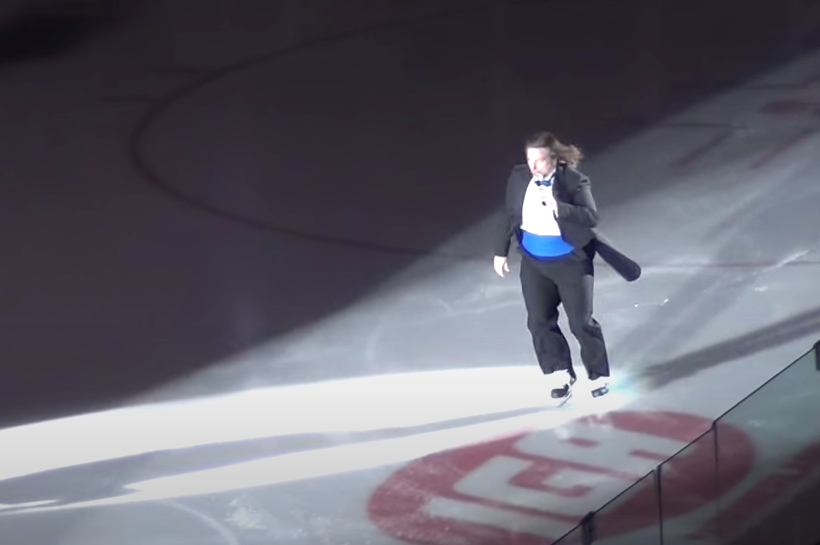 The Vancouver Sun reported today that longtime Canucks national anthem singer, Mark Donnelly, is going to be singing at an anti-mask rally in downtown Vancouver tomorrow.

Yes, you read that right.

The guy in the black tuxedo whom you've stood up and sung along with during the national anthem at every NHL home game you've ever attended here is seemingly acting in support of one of the worst and dangerous movements in B.C. right now.

The "B.C. Christmas Freedom Rally 2020" takes place this Saturday, December 5th outside the Vancouver Art Gallery, and so far 277 people have confirmed on Facebook that they will be attending.

Event organizer Ryan Kulbaba has let it be known that “We oppose government orders and will gather for the holidays!”, and that one of the aims of this "part march/part parade" is to raise funds for and donate toys to the Christmas Bureau, as well as a fringe organization called Action4Canada which is looking to "Make Canada great again."

Attendees of the COVIDIOT rally/parade are encouraged to "feel free to dress up in any Christmas related attire!!!!", though it is not explicitly stated that they should arrive wearing garland or tinfoil headwear.

Donnelly confirmed that he will be singing the national anthem at this group of concerned citizens' event, telling the Sun that “I sing ‘O Canada‘ as a sign of unity and strength for all Canadians,” adding “The true north strong and free.”

Following the news, the Canucks released a statement from their COO Trent Carroll which said “Mark Donnelly is acting independently and we hope the public understands he is not representing the Vancouver Canucks,” and “We encourage everyone to wear a mask and to follow the provincial health orders.”

If you think we'll see the familiar crooner singing the national anthem at Canucks games when things go back to normal again, veteran sports broadcaster Jody Vance disagrees with you. In a tweet regarding the team's statement she quipped "'Donnely [SIC] will never sing for the Canucks again'. #fixedit"

One of the owners of the Canucks, Francesco Aquilini, would also disagree with you. In a tweet he said that Donnelly is now a "Former Canucks anthem singer."

So it would seem that Donnelly did not recover from this misstep as well as he did in 2014 when he tripped over the ceremonial carpet while singing the anthem at a Penticton Vees game.