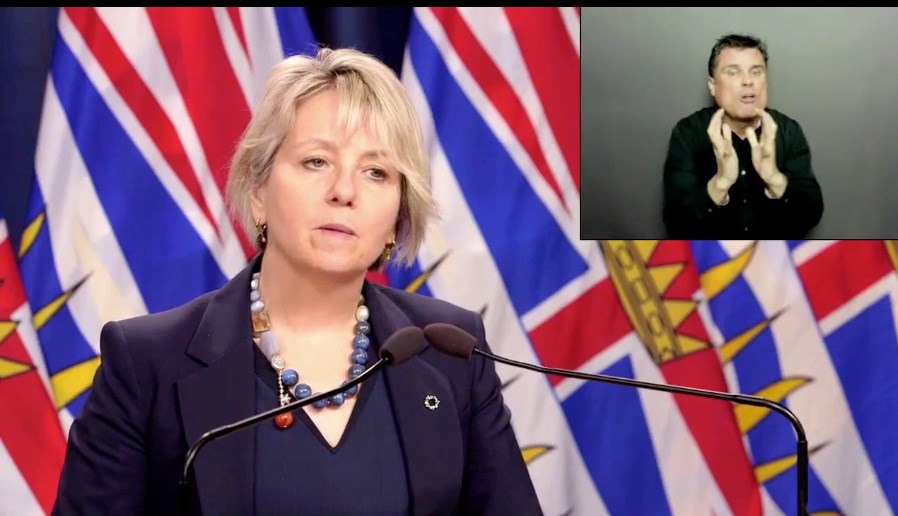 Provincial Health Officer Dr. Bonnie Henry reiterated during her press briefing on Monday, Dec. 21, that Lower Mainland residents should not be coming up the highway to ski at Whistler Blackcomb.

“We know there’s a lot of strong connections—people live and work in Whistler and Squamish and the Lower Mainland—but I’m asking people to stay local. Stay at your local mountain if you want to go skiing,” she said.

“I know there’s a lot of people in Squamish and Vancouver who have places in Whistler and they live in both places. People need to use the basis of the orders. What we’re suggesting to people is stay local. Stay local and stay small.”

She also said that Whistler Blackcomb and other ski areas are doing a good job of implementing safety protocols.

“We know that there needs to be measures in place to try and prevent gatherings happening around ski hills and many ski hills have been successful in doing that,” she said. “Whistler has been doing a very good job about lineups and making sure people aren’t congregating, but we need people to do their own bit as well.”

The one area that needs improvement at all resorts is shared accommodations. Henry pointed to Big White Ski Resort—which recently fired a number of staff connected to an outbreak that was linked to shared housing and gatherings—and cases in Whistler Blackcomb staff housing.

“We’ve seen it at Whistler, we’ve seen it at Big White, and in some other communities as well, it’s the shared accommodations and having those gatherings and parties and getting together with people in those accommodations is where the virus is transmitting,” she said. “We all need to do our part to stop that.”

Meanwhile, Christopher Nicolson, CEO of the Canada West Ski Areas Association, said he was pleased to hear Henry give her stamp of approval to protocols in place on the mountains.

“There has been a tremendous amount of work since the spring with the health authorities—in B.C. it would be WorkSafe as well—and the ski areas,” he said. “We have learned a lot and spent a lot of time training as an industry together. We learned a lot from our summer operations and from our New Zealand and Australian colleagues with their ski season.”

With regards to the health order for skiers and snowboarders to stick to their home hills, Nicolson said their job is to control what they can.

“There have been a lot of different interpretations on travel,” he said. “We follow the health authority’s guidance.”

The biggest lesson learned, though, has been how to be flexible and ready for change at any time.

“The ski areas themselves in terms of operations are changing and tweaking [protocols] on a daily, hourly, if not minute-by-minute basis,” he said. “There’s an intense amount of oversight. One thing we learned from New Zealand and Australia is to build into your plan flexibility and plan on changes. That’s exactly what we’ve done.”