Vancouver’s Christmas and holiday events postponed due to COVID-19 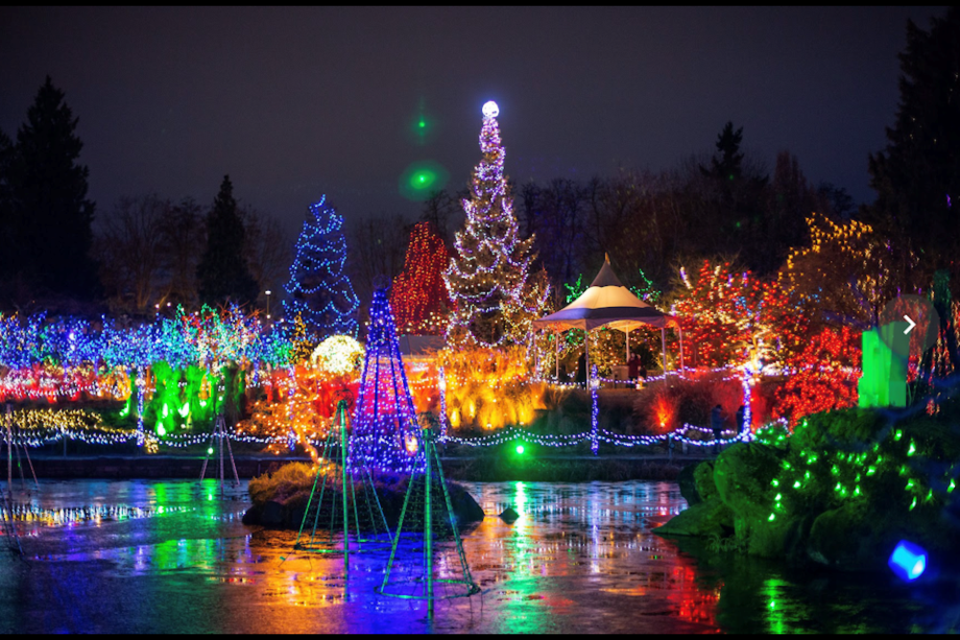 The Festival of Lights at VanDusen Botanical Garden is postponed due to the latest COVID-19 restrictions. Photo: City of Vancouver

Last week, Provincial Health Officer Dr. Bonnie Henry announced a host of new restrictions in the wake of surging cases of the novel coronavirus (COVID-19) in the province.

B.C.'s top doctor stated that all British Columbians are ordered to stop any non-essential travel outside of their respective health regions until Dec. 7. Several other indoor activities will be put on hold, as well as all community-based gatherings.

In today's COVID-19 briefing, Henry underscored that all events are postponed, regardless of whether they are indoor or outdoor. That said, she noted that they aren't cancelled, but "on pause."

"Right now, we need to stop all of those opportunities for us to congregate, to go out and do things socially," explained Henry. "So, right now, those events are on pause."

Henry noted that the delayed events include several "very great, and well thought out seasonal events like the holiday train in Stanley Park, and the Butchart Gardens' light display among many others," which had previously been approved across the province.

"The vast majority of event organizers and venues have been doing a great job and have robust COVID-19 safety plans and we know they've been working, but we need to take a pause, whether you call it a circuit break," she said.

"Now, for these next two weeks in this province, all of us need to stop these events and pause, so that we can get control of this virus."

In a Tweet, the Vancouver Park Board stated that it is "temporarily suspending the opening of the Bright Nights Train and Festival of Lights until Dec. 7 as a result of the new PHO order."

#VanParkBoard is temporarily suspending the opening of the Bright Nights Train and Festival of Lights until Dec. 7 as a result of the new PHO order. pic.twitter.com/VAPuc2swqJ

The Park Board added in a second Tweet that ticket-holders who have purchased tickets to either event can choose to receive a full refund, or reschedule entry to the events after Dec. 7, should the order be lifted.

No social gatherings of any size at your residence with anyone other than your household or core bubble. For example:

All events and community-based gatherings as defined in the PHO order – Gatherings and Events (PDF) are suspended. For example:

The order is in effect from Nov. 19 at midnight to Dec. 7 at midnight.

Earlier today, Henry announced a staggering 1,933 new cases of COVID-19 in the province over three days, as well as 17 fatalities.