Whistler RCMP nab driver for speeding—and for failing to quarantine 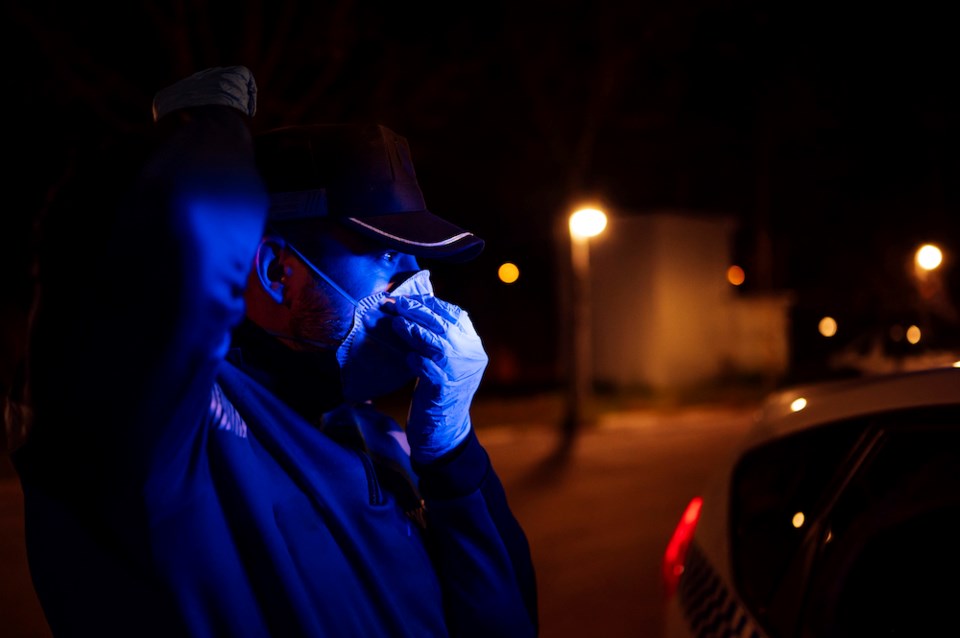 “Significant enforcement” is taking place in Whistler as the number of coronavirus cases in the resort community continues to rise, said B.C. health minister Adrian Dix during a Feb. 5 media briefing.Getty Images

RCMP pulled over a driver just south of Whistler Village last weekend for breaking the speed limit, only to discover that the motorist was breaking Canada's Quarantine Act, too.

Whistler police say they initially pulled over a vehicle at around 12:30 a.m. on Saturday, Jan. 30 to issue its occupant a ticket for driving too fast.

RCMP subsequently learned that the driver had only been in the country for nine days, police explained in a release. Like any other traveller entering Canada from abroad, the individual was subject to the 14-day quarantine that has been mandated by the federal government since early on in the coronavirus pandemic, and should have been self-isolating. Police slammed the driver with a $1,150 ticket for contravening the Quarantine Act.

The week spanning Jan. 26 to Feb. 2 was a busy one for Whistler RCMP, with the weekend in particular bringing "a higher number of noise complaints and [COVID-r]elated matters," to the detachment's attention, wrote Cpl. Nathan Miller in the release.

He added that police responded to a total of 11 COVID-19-related complaints throughout the week, seven of which were received over the weekend. Whistler RCMP opted to issue five tickets for public health order violations.

The higher number of calls for service comes as the community continues to experience a higher number of confirmed COVID-19 cases. Whistler recorded 547 cases of COVID-19 from Jan. 1 to Feb. 2, health minister Adrian Dix revealed Friday, roughly double the 271 cases that the resort community logged in the entirety of 2020.

“The majority of cases in Whistler continue to be identified in young people in their 20s and 30s who live, work, and socialize together,” Dix said during a Feb. 5 media briefing, adding that nearly "all the recent cases that are associated with transmission [occurred] within households and social settings," according to contact tracers.

Police are encouraging anyone who observes public health order violations taking place within the resort community to report them to the Whistler RCMP.

The newly-arrived traveller wasn't the only individual to be caught speeding in the Sea to Sky corridor recently.

Just three days prior, on Wednesday afternoon, Jan. 27, Pemberton RCMP pulled over a vehicle spotted travelling at a speed of 115 kilometres per hour in a 50 km/h zone along Pemberton Meadows Road.

RCMP handed the driver a violation ticket for excessive speed and impounded their vehicle for seven days, police said.

- With files from Brandon Barrett