Quebec to begin vaccinating general population next week, starting with age 85 and up 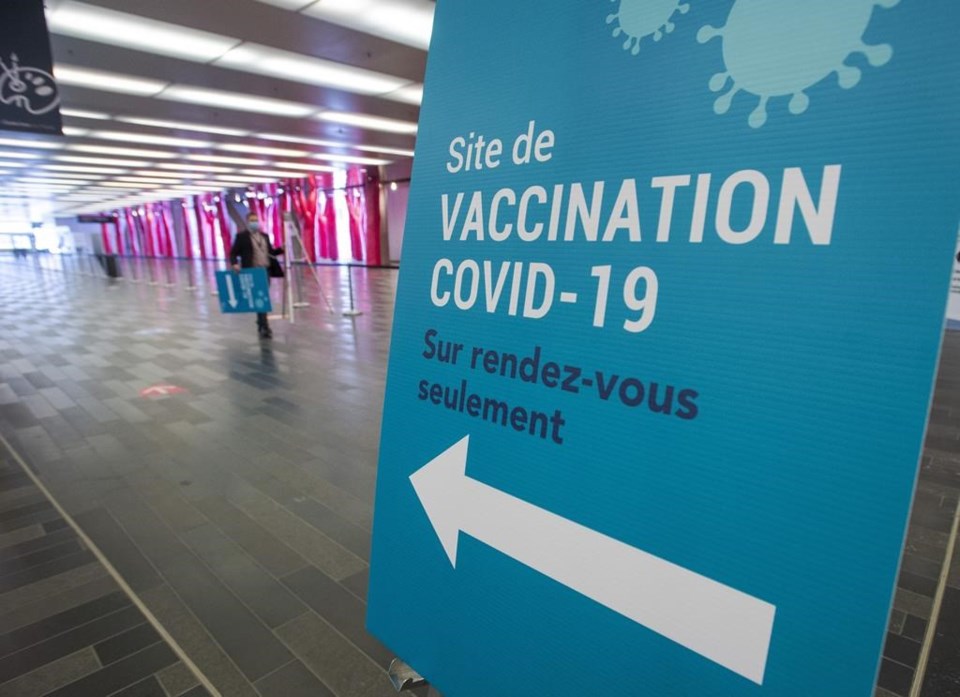 All seniors in the province born in 1936 or earlier will be able to make an appointment for vaccination through an online portal or by telephone as early as Thursday, Legault told reporters at Montreal's Olympic Stadium, a future mass vaccination site.

The vaccination campaign will begin in Montreal, however, where the greatest number of active reported infections in the province are found.

Legault said the government's vaccination plan is well underway: all long-term care residents, about half of residents in seniors homes and almost 200,000 health-care workers have received a first dose. The province has not begun giving booster shots.

All of Quebec's oldest and most vulnerable seniors should be vaccinated within a few weeks, the premier said. "We finally see the light at the end of the tunnel and it’s not so far away."

Legault, however, said Quebecers must continue to be careful, warning that it takes about three weeks for the vaccine to reach full effectiveness. In the meantime, Quebec will have to contend with an ever-rising number of coronavirus variant cases, as well as a spring break week that authorities fear could cause new cases to bound upwards.

"What happened during the holiday must not happen, with people gathering," he said about Quebecers getting together over the Christmas and New Year's period, which preceded a rise in cases. "Nobody wants a third wave."

Health Minister Christian Dube said on Twitter that Quebec is expecting to receive more than 107,000 doses of the Pfizer-BioNTech vaccine and 28,500 doses of the Moderna vaccine this week, which he said will allow the province to accelerate the pace of immunizations.

Dube said vaccinations for the 85-and-up cohort should be complete within two weeks, after which the province will continue with other age groups, from oldest to youngest. Those with underlying health conditions will also be prioritized, he added.

All Quebecers who want the vaccine should receive it by September, as long as deliveries keep up, he said.

Dube said the province has enough staff to administer the vaccines at the rate they’re currently arriving but is looking to train an additional 1,000 vaccinators for an expected ramp-up later in the spring.

The province has also approached large companies to see if they are willing to deliver vaccines on-site when the vaccination campaign expands, Legault said.

Quebec reported 739 new cases Tuesday and 13 more deaths attributed to the novel coronavirus, including one that occurred in the past 24 hours. COVID-19-related hospitalizations dropped by nine, to 680, and the number of intensive care patients rose by three, to 120.

The number of suspected cases of coronavirus variants continued to rise on Monday, up to 484 from 415 the day prior, according to Quebec's government-mandated public health institute. The number of confirmed cases remained unchanged at 23.

Dube said about 10 per cent of positive COVID-19 tests are coming back as suspected variant cases, which he said is in line with Ontario.

Legault also raised the prospect of further easing restrictions to allow indoor sports to resume and concert halls and churches to reopen in the coming weeks, but he said he wants to wait to see what happens with the spread of new variants and the spring break week.

This report by The Canadian Press was first published Feb. 23, 2021.