Vancouver Shakedown column goes on hiatus, many games of Go Fish to be played with family
Mar 26, 2020 9:33 AM By: Grant Lawrence 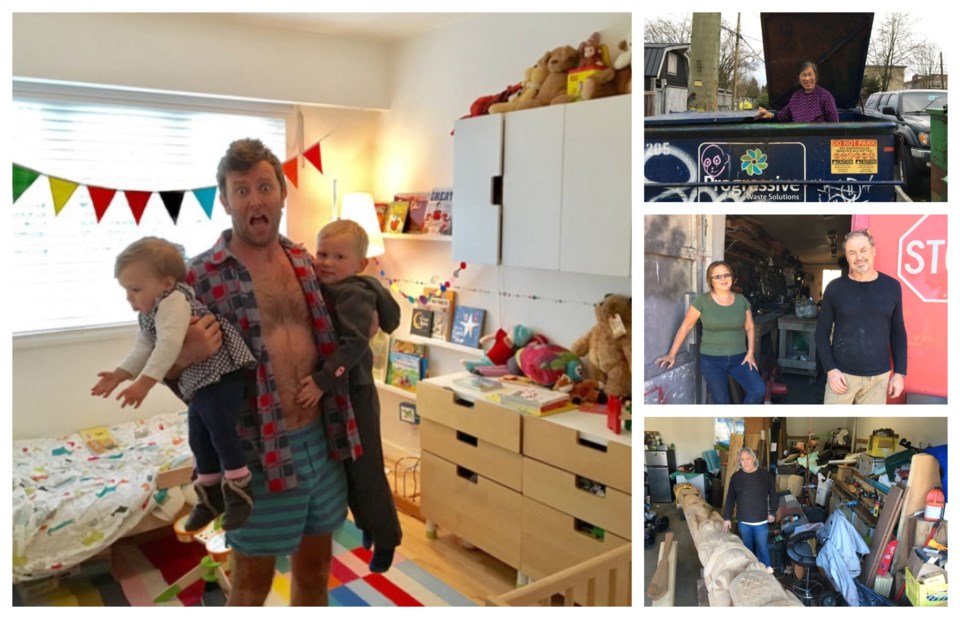 While his "Vancouver Shakedown" column goes on hiatus, Grant Lawrence reflects on some the stories he wrote and people he met over the years writing for the Courier, from "the angel of East Hastings" to nationally renown sculptors to the Haida artist he chanced upon carving a 20-foot totem out of an East Van garage.

You know you’ve been cooped up in the house for a while when “Go Fish” turns into “Go F*** Yourself.”

Yes, some of our self-isolating nerves are fraying while our society has practically, and in some cases truly, ground to a halt. It’s surreal, isn’t it?

As you’ve no doubt come to realize as quickly as have I, most everything we do has been impacted by the coronavirus, even this wee column: welcome to the last edition of my “Vancouver Shakedown” for the foreseeable future.

The pandemic has turned our world upside down, and that includes media. Freelancers are the first to go. It wasn’t my choice, but I will respect it. I’ve been around the block a few times. Nothing quite like COVID-19, but I get it.

I will say this: for the past several years, it’s been my great honour to share your stories along with my own opinions and adventures in this space. When you are required to deliver a column each and every week, it allows you, sometimes forces you, to explore areas of your own city that you’ve never been.

What’s it like inside the Tent City? What is he building in there, behind that garage door? Who is that lady collecting bottles in the back alley every night, anyway?

Following up on those curiosities, many times by hopping off my bike and asking a question, led me to dozens of incredible people with wonderful stories, like master Haida artist Clarence Mills, who I stumbled across while he carved a magnificent 20-foot totem pole in an anonymous East Vancouver car port. Or Gia Tran, “the angel of East Hastings,” who has faithfully donated to charity most of the money she has collected from 20 years of dumpster diving. Or Mary-Ann Liu, a sculptor who has shaped Canadian culture — everything from the Unknown Soldier in Ottawa to the dragon lamp fixtures in Chinatown — from an utterly unremarkable shed in Railtown.

And yes, I’ve pissed off plenty of people, too, not the least of which was my friend, Vancouver Is Awesome editor Bob Kronbauer, most especially when we butted heads over recreational chinook salmon fishing (I’m against it) to the normalizing of the Downtown Eastside (I’m for it). Thanks for putting up with me, Bob. And speaking of angering others, I suppose the one good thing to come out of our current ban on any sort of public gathering means that the 4/20 “protestival” will be finally snubbed out — for one year of relief, anyway.

In the meantime, much like you, I’ll be waiting out the pandemic at home with my family. Being the parents of two children, ages four and six, my wife and I are still grappling with the shocking fact there won’t be any school to return to at the end of spring break or perhaps even this school year.
My six-year-old son is aware of COVID-19 and its dangers, but my four-year-old daughter remains pretty aloof to the whole thing. The other night at dinner, we discussed our current situation softly and thoroughly. When we were done, our daughter said, “I have just one question.” We braced ourselves. “Which one of us has… a new pink umbrella?” (She does).

Despite my wife and me being generally freaked out by the rising tide of the virus, it could be honestly stated that we have already found silver linings in our unexpected quarantine: our family is bonding like never before. Games are played, books are read, laughs are shared, lessons are learned and there are plenty of hugs and kisses. And, yes, screen time for sanity, too.

Sure, the odd game of Go Fish can get a little tense, but for the most part, we’re hanging in, and we hope you are too. The most irritating hurdle so far? We’ve actually run out of f***ing toilet paper. Spare a square?

During my hopefully temporary sabbatical from this space, you can still find me over at the CBC, or on my West Coast wilderness adventure podcasts, or on various other pages in print.

I will see you on the other side of this. Stay safe, keep your distance, thanks for your stories, and thanks for reading.