10 of the most haunted places in Vancouver (PHOTOS)

There may be more to Vancouver’s history than what meets the eye. Even if you don’t believe in ghosts, you’ll definitely want to know about these 10 haunted places in Vancouver.
Oct 30, 2019 12:25 PM By: Staff 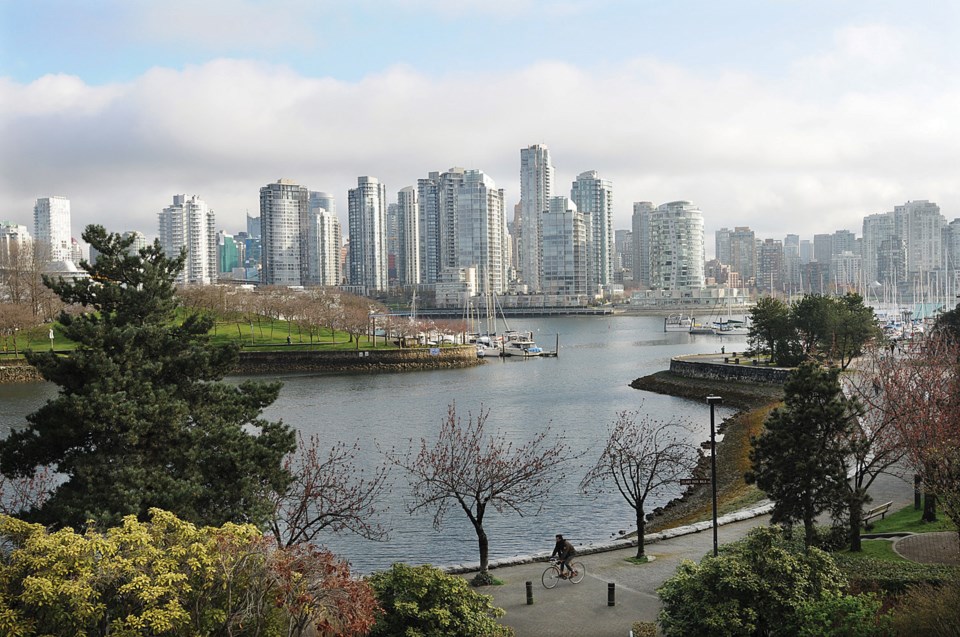 There are plenty of haunted places around Vancouver. File photo Dan Toulgoet

There may be more to Vancouver’s history than what meets the eye. Even if you don’t believe in ghosts, you’ll definitely want to know about these 10 haunted places in Vancouver.

Halloween or not, if you dare, give them a visit yourself and try and experience these spooky events first hand.

Perhaps the most well-known ghost to haunt Vancouver belongs to the Fairmont Hotel Vancouver. They call her the Lady in Red and she is said to pass frequently through elevators on the first and fourteenth floors, which have dummy shafts. If you don’t spy her there, just wait, as she is also known to visit guests in their rooms. Not only is the hotel’s staff familiar with the Lady in Red, but they’ve also named a cocktail after her. If you plan on staying at the Fairmont in the near future, be aware you may receive a completely different kind of room service.

If you’ve ever dined at the Old Spaghetti Factory in Gastown then you know all about its vintage, mysterious feel. Not surprisingly, the restaurant has had multiple ghost sightings in the past of not only one but four ghosts. The most commonly sighted is a ghost conductor from the 1950s who often sits in the Number 53 decommissioned streetcar trolley, which is situated in the middle of the restaurant. Guests have heard their names called out while dining and some have even spotted a shadowy figure seated in the streetcar.

Standing tall at the southwest corner of Water and Cambie streets is a grand, four-storey building that has been used for business purposes for the last 30 years. The notable Water Street Café has operated on the bottom floor since 1988, but there were a few years not too long ago when the fourth floor was vacant. According to staff who worked on the third floor, they heard loud, unexplainable thumping noises as well as the sound of something quite heavy being dragged along the floor above. Yikes!

The Dominion Building (previously known as the Dominion Bank Building) opened in 1910 and stood as the tallest building in the British Empire at 14 storeys high. Once completed, a grand opening celebration was held, but despite the joyful vibe of the party, strange things happened that night when the building’s architect John S. Helyer died. Legend has it he either threw himself from the building or fell down a flight of stairs. Since this day his spirit has never left the building and the subsequent residents have reportedly heard his footsteps and seen his ghost on multiple frightening occasions.

The Beatty Street Drill Hall is Vancouver’s oldest drill hall and contains distinguished architectural features such as two rounded medieval towers and three-and-a-half-foot thick limestone walls. Long ago, the hall housed various B.C. regiments. Over the years, multiple ghost-like events have occurred inside the hall’s sturdy walls, such as books falling from shelves, footsteps of unknown men and voices in empty rooms. The image of an unknown man has even been spotted in the senior NCO and officer’s mess halls. The identities of these ghosts may not be known, but it looks like anyone who visits this building will have company for a while to come.

The Vogue Theatre opened in 1941 as a movie theatre that hosted the odd live performance. In 1988, the theatre was closed due to potential bankruptcy, to be reopened in 1991 after it received extensive renovations. Today, it is home to both musical acts as well as the spirit of a dreadful looking man who has been encountered by both staff and performers at the theatre—on the catwalk, in the basement and even in the projection booth. His figure is even said to appear in the audience during performances.

Known as Vancouver’s premier concert venue and the home of the VSO, the Orpheum has an old Gothic and Spanish Renaissance feel. The theatre opened in 1927 and showed vaudeville shows until the Great Depression, when it was closed for renovations for two years. It was after this that the hauntings began. Three ghosts are said to live in the Orpheum; the most well-known is an acrobat who fell to his death while performing. He haunts the stage while the theatre is closed and sometimes appears and then disappears as a floating ball of light.

Built in the 20th century, Hycroft Manor is a mansion owned by the University Women’s Club of Vancouver. Today, it is a popular venue for hosting weddings and parties. Given its age and history, it’s no surprise that this building is rumoured to be haunted. A total of seven ghosts have been spotted there over the years. Three of these ghosts are said to be WWI veterans who died when the manor was a veteran’s hospital. Another is thought to be a nurse from that period. The last few have been seen wandering the third floor of the building. The ghosts remain silent during functions hosted by the Women’s Club, but during any kind of filming, they like to make loud and often terrifying appearances around camera crews.

Deadman’s Island is now closed to the public, but this small island off of the Stanley Park Seawall was a burial site for the Squamish First Nation before the settlement of westerners. Visitors to the island claim to have heard the sounds of a woman sobbing as well as multiple loud clanging and ringing sounds.

Thought to be one of the most haunted places in the world, the Billy Bishop Legion Hall has a long and haunted history that began in the ’70s. Three ghosts are thought to frequent this building, the most recurring of which is a woman who plays the piano. One of the bartenders has also claimed to see a man standing by the main floor fireplace. Perhaps this is the ghost of former legionnaire Ted Hoskinson, whose unfinished painting still hangs in a corner of the bar.

This article originally appeared on V.I.A. on Aug. 31, 2015 and has since been edited and updated.