There’s no shortage of new breweries in the works all over the British Columbia. Here’s a look at some of the ones we’re keeping an eye on for in 2020.
Jan 1, 2020 6:00 AM By: Rob Mangelsdorf 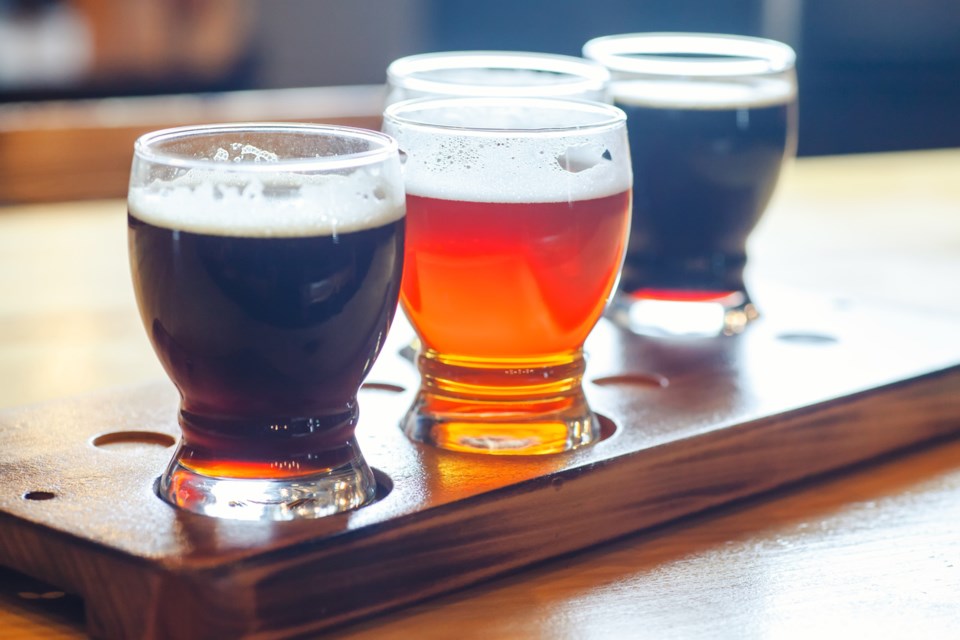 What's on tap for 2020? Plenty of new craft breweries across the province. Photo iStock

There’s no shortage of new breweries in the works all over the British Columbia. Here’s a look at some of the ones we’re keeping an eye on for in 2020.

Port McNeill (2020) Craft beer is coming to the North Island as three local homebrewing brothers plan to convert the former Shell gas station into the region’s first brewery using the brewhouse from the now defunct Forbidden Brewing in Courtenay.

Salmo (early 2020) This 126-seat craft brewery is being built in a former bank/church, with seating right in the former vault. Live music, full kitchen and six taps of traditional craft and Belgian-style abbey ales. ErieCreekBrewingCo.com

Chilliwack (early 2020) Downtown Chilliwack is suddenly the place to be for awesome craft beer, with Field House’s second location set to join Flashback and Bricklayer. Housed in a historic brick building, it will feature a 125-seat tasting room, an outdoor patio, full kitchen and its own dedicated brewhouse. FieldHouseBrewing.com

Grand Forks (summer 2020) You know the craft beer revolution has been fought and won when eve Grand Forks is getting into the act. This new craft brewery and tasting room is set to open downtown on Market Avenue any month now.GrandForksBeerCo.com

Victoria (spring 2020) Work is progressing at Victoria’s most hotly anticipated craft brewery, a collaboration between the people behind Steel & Oak and The Drake Eatery. Word is there will be a rooftop patio in time for summer. HeraldStreet.com

Hornby Island (2020) This aspiring nanobrewery is already contract brewing out of Small Block Brewing in Duncan and hopes to open a modest brick-and-mortar on its namesake island in 2020. HornbyIslandBrewing.ca

Victoria (early 2020) The owners of the Yates Taphouse are behind this 300-seat neighbourhood brewpub in the new Hudson District development that’s currently being held up by permitting delays.

Stoked to have our new patio doors go in today from our friends around the corner at @foldingslidingdoorscanada Thanks guys, this setup rips! #northendbeer #northendneighbours #kelowna #northendpizza

West Kelowna (early 2020) Test batches are already being brewed at this new West Kelowna brewery that plans to highlight the bounty of Okanagan fruit in its beers. LakesideBrewing.com

Langley (spring 2020) This farm-to-glass brewery is growing all its own ingredients on-site, and will even be malting its own barley. Facebook.com/localitybrewing

Victoria (2020/2021) Yet another victim of the City of Victoria’s red tape nightmare. This massive 12,000-sq.-ft. facility planned for Vic West’s Dockside Green development will include a brewery, distillery, pizzeria, rooftop bistro and even an art gallery. It’ll be amazing, if the city ever gets around to approving it. Merridale.ca

Hope (early 2020) The thirsty denizens of Hope are no doubt anxiously awaiting the arrival of the town’s first craft brewery, which will give travellers another reason to visit—other than filling up their gas tank. MountainviewBrewing.ca

Merch is here! (Link in bio.) Support Mountainview Brewing Co. by reppin a tee shirt or hat this holiday season. Free pick up is available if you live in Hope BC. (When your order is ready, we'll message you with pick up details.) THANK YOU!!! Every bit of support helps us move closer towards opening day.

Penticton (summer 2020) Construction has begun at Penticton’s soon-to-be newest brewery, brought to you by the good folks behind Yellow Dog Brewing. Neighbourhood will be one of the few purpose-built breweries and tasting rooms in the province. Beers are already being contracted brewed around the corner at Bad Tattoo Brewing. NeighbourhoodBrewing.com

Port Coquitlam (early 2020) The former mayor of Port Coquitlam is partnering with the owners of Orrange Kitchen + Bar to bring a brewery and barbecue joint to downtown PoCo.PatinaBrewing.ca

Nanoose (spring 2020) This farm-based brewery and restaurant has been navigating all manner of bureaucratic red tape hell for the past year, but it looks like its brewery application has been approved, so expect a new for this beloved local RustedRakeFarm.com

Kelowna (summer 2020) Unfortunately construction delays have pushed back the opening of Shorline, located across from Gyro Beach on the groundfloor of the massive new Shore development. Expect seating for close to 100 people in its tasting room, with another 100 on its expansive patio.

North Vancouver (2020?) The award-winning contract brand got its start at Callister and is currently based out of Container Brewing. Word on the street is that a brick-and-mortar brewery is on the way, with North Vancouver as the likely destination. Sundown.beer

Qualicum Beach (2020?) This craft brewery will be the centerpiece of the new East Village development in “downtown” Qualicum Beach.

Burns Lake (spring 2020) Not to be confused with Minnesota’s Ursa Minor Brewing, this tiny farmhouse brewery is located 60 km south of Burns Lake on Ootsa Lake, roughly in the middle of nowhere, and will be growing many of the ingredients it uses in its beers. Instagram.com/ursaminorbrewing/