Airbnb of the trailer world sets out in search of B.C. Wheel Estate

Have an old trailer kicking around? You could make a few bucks with new tech startup
May 26, 2018 8:00 AM By: Brendan Kergin 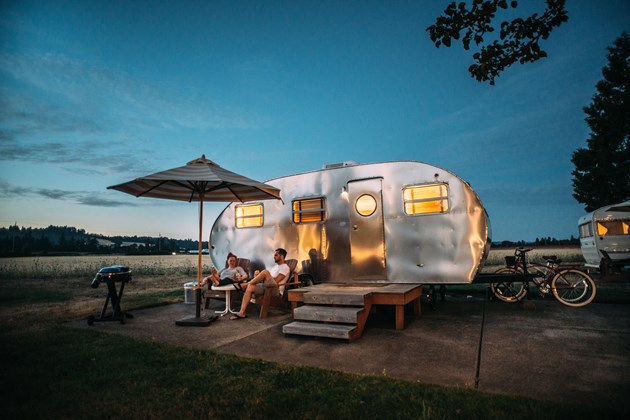 Tech startup Wheel Estate is looking for more people to join their site with RV trailers to rent.

The site connects people with mobile accommodation that they aren't using to people who want to rent it. Founder Chad Ball says he's not a fan of the comparisons to Airbnb, but that it's not far off.

"It's a website that conveniently connects trailer owners to people looking for an affordable camping vacation," he says. "We're in our second season."

Growth has been quick in Ball's home province of Alberta, he told KamloopsMatters, partly due to the fact a third of Canada's million camper trailers are located in B.C.'s neighbour. This season, he's hoping to see more things for rent in B.C. Currently, he estimates, there are only 36.

While it hasn't taken off in B.C., he expects there to be growth this camping season. His website currently has 600 rentals (there were around 30 at launch in January 2017), ranging from retro trailers to huge fifth wheels, and over 6,000 members interested in renting. Last year, there were 2,500 nights booked through the site; this year, it's already past that mark.

"We want to focus more of our efforts in B.C. and Ontario now," explains Ball.

One of the main drivers for the site is getting money back in the hands of individuals, he says, as opposed to corporations. He notes renting a trailer from someone in your own community keeps the money local, instead of going to a multinational company.

"Most of the trailer owners view themselves as in the hospitality industry," he says. "Some do up welcome baskets."

For people interested in renting trailers, the site keeps things fairly open and simple. Ball says the company's insurance policy covers travel anywhere in Canada and the U.S. and they've partnered with a service called Coach-Net that provides roadside assistance, both by phone and in person.