Maybe you have heard of Cambodian love huts. Deep in the Ratanakiri region there is a tribe called Kreung. The Kreung people get up with the sun every day and work in their crops harvesting rice and vegetables off in the jungle.
Sep 9, 2015 5:06 PM By: Mish Way 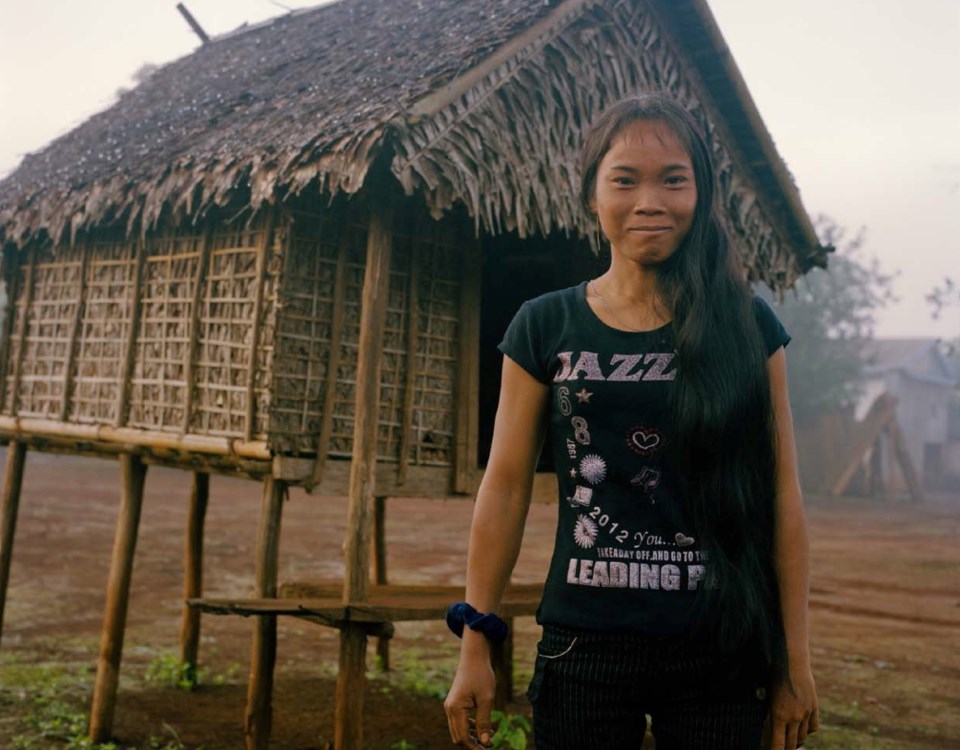 A photo from 'Secrets of the Love Huts' by Fiona MacGregor.Louis Quail photo

Maybe you have heard of Cambodian love huts.

Deep in the Ratanakiri region there is a tribe called Kreung. The Kreung people get up with the sun every day and work in their crops harvesting rice and vegetables off in the jungle. Electricity and running water are not common. While in most other areas in Cambodia it is traditionally frowned upon for women to smoke or drink, the Kreung girls take part just like the boys. They live simple lives surrounding simple survival traditions: food, shelter, love and sex. However, when it comes to the sexual empowerment of young women, they have manifested a tradition a big portion of America would not approve of: love huts.

Basically it works like this: when young girls reach puberty around ages 13-15 their fathers will build them a separate bamboo hut, away from the family home, so they can socialize and experiment with boys in privacy. The Kreung people instill a strong message that sex before marriage is acceptable, encouraged, when young girls are trying to find the right man to marry. The girls are in charge. They invite the boys they want into their love hut to get down or sometimes, just talk without any sex. The boys are not aggressive (they have been taught that their respectful behavior towards the girls will affect their families livestock and they take this very seriously) and let the girls call the shots.

In a 2011 Marie Claire piece, Fiona MacGregor visited the tribe and talked to the young girls about their sex lives and the love hut tradition. All the young girls asserted their sexual power and independence, as well as their parents’ approval and trust in their decision-making, and claimed that the love huts give them a chance to figure out which man they want to marry. In this culture, divorce is unheard of. The word “slut” is not even a thing. Girls can have multiple boyfriends at a time in their hut and there’s no jealous drunken brawl if she ends up choosing one boy over another. Sexual violence is rare. Rape is nonexistent.

Sure, unwanted pregnancy happens, but usually the suitor the girl choses will raise the child as his own. “We don’t worry about female purity,” one elder father told Marie Claire. “Who knows what a girl does when she goes to another village anyway.”

The tradition is oddly advanced and trusts teenage women to make their own decisions about their sexual health and romantic lives. This is a far cry from what we are used to: abstinence education in schools muddled with pornography as sexual education because most parents are too chickenshit to talk to their own children about sex in a realistic way. In America, some host “purity balls” (state-funded dances where daughters pledge their virginity to their fathers until marriage) while the Kreung are teaching their teenagers that sex is a natural, beautiful part of love and romance.

But this empowering yet simple tradition is being threatened by a few factors: mainly being in touch with the outside world through technology.

The traditional love huts are disappearing “as the minority becomes exposed to modernisation [sic] and Khmer culture” where premarital sex is not respectable. This type of negative education towards sexual autonomy for young women mirrors the “purity myth” of North America and breaks down Kreung’s own confidence in their traditions. It makes perfect sense: when you are cut off from the rest of society it is much easier to preserve your own traditions, no matter what they are (how else do you think that Australian sex cult built on four generations of incest was able to form?) Not to mention that exposure to mobile phones and television (which were a budding problem in Marie Claire’s 2011 article on the tradition) are much more prevalent. Think about how much lost in translation between young village boys and the pornography they can now access on a mobile phone.

According to an article by Phnom Penh Post in March 2014, the way that Kreung families build their house is also changing as the communities become more wealthy. Traditionally, their homes are constructed of bamboo, small and not that durable when the rainy season hits (houses have to be rebuilt once a year). Bamboo requires zero insulation, zero privacy, so parents were happy to build their teenage girls a private place to socialize with their boyfriends and explore (in complete privacy) love and sexuality. However, now some villages are building their houses out of timber or brick that lasts much longer, so they just favor putting all the bedrooms inside the one house for their teenagers. Apparently, parents are down because they can meet the boys their daughters are hanging with to make sure he’s an industrious farmer and not a bad boy who impregnates young girls and treats his family’s livestock like crap.

As hints of mainstream culture creep in, it feels like the agency the young girls were once granted starts to gets pushed away with each generation. The shotguns come out. Why? Trust was there before. Parents made sure they instilled self-respect, responsibility and the importance of love in their daughters and sons so that they could freely explore their teenage urges without a looming shadow of guilt, but as modern images persuade the tribe, modern “fears” follow suit. It makes sense, but it is saddening.