A new month-long initiative kicking off Friday is aimed at benefiting an organization that supports vulnerable members of Vancouver’s Downtown Eastside community.
Nov 1, 2019 7:00 AM By: Lindsay William-Ross 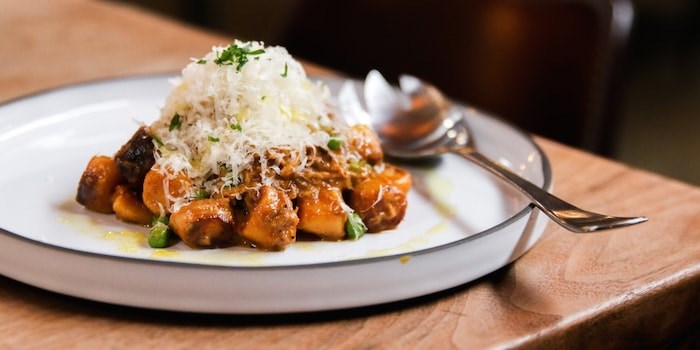 A new month-long initiative kicking off Friday is aimed at benefiting an organization that supports vulnerable members of Vancouver’s Downtown Eastside community.

Dine Railtown features nine area restaurants, each offering a special dish from which each sale proceeds are donated to the Powell Street Getaway, one of 42 sites operated by the Lookout Housing and Health Society across Metro Vancouver, the Fraser Valley and Vancouver Island.

Railtown is home to some of Vancouver’s most popular and critically-acclaimed restaurants, including Ask For Luigi, The Mackenzie Room and St. Lawrence. They’ll be joined by industry peers The Belgard Kitchen, Cuchillo, LanaLou’s, The Uncommon Café, Railtown Cafe and Pallet Coffee Roasters in offering a Dine Railtown feature dish.

Dine Railtown is being done with the support of the Strathcona Business Improvement Association (SBIA), which includes the Railtown community in its area of operation.

Railtown is also the location of Oppenheimer Park, a flashpoint for ongoing conversations about housing and the temporarily un-housed community. Many of these esteemed restaurants operate in direct proximity to the park; Dine Railtown gives Vancouverites the opportunity to not only support those businesses, but to also support the work of the Powell Street Getaway.

“We’re proud of the owner-operated small businesses that have come to define Railtown as a true dining destination in Vancouver,” Theodora Lamb, executive director at the SBIA, said in a media release. “It’s an opportunity for people to discover some of what this area has to offer through a culinary lens while, at the same time, building connections to the community in which these businesses operate.”