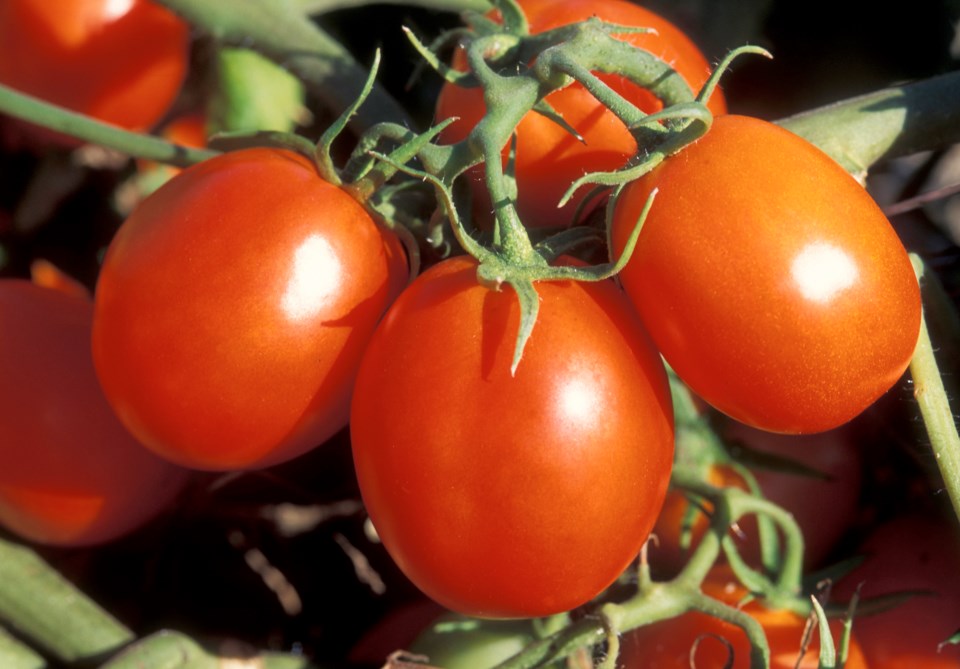 Growing pains: Planting tomatoes in new sections of the garden helps keep blight away and give a healthy harvest. photo Wikimedia Commons

The easiest and most inexpensive way to improve your food garden is crop rotation — making sure each plant group grows in a different spot from where it spent the previous year.

This confuses and starves over-wintering pests because when they emerge their food supply is gone.

Though blight spores can drift from tomatoes in neighboring gardens,  transmission over distance is chancier and depends on summer rain.

But avoiding planting tomatoes where tomatoes were before is not the whole story. Potatoes, eggplant and peppers belong to the same family (Solonaceae) and can also catch tomato blight, though peppers are less susceptible than potatoes.

Other plant families have their own diseases and pests, which they transmit to those in the same family but not to members of other families.

One family includes cabbages, radishes and turnips. Beans and peas are part of another family. Onions, shallots and garlic are in another group. Beetroots, carrots and parsnips are all relatives. Squash, zucchini and cucumber share another grouping. Each family has its own susceptibilities to various infections.

To people with little space such as a two-container veggie garden, crop rotation is challenging. But even a two year rotation is better than nothing.

Luckily there are ways of improving it. You could change the top few inches of soil each year and move one container further away from the other. An alternative is growing a different food family each year for three or four years. Most vegetables now have container-friendly compact forms.

A three-year crop rotation can be manageable if compost is added to garden beds each year — though a four-year rotation is better  — or even five years if  potatoes and tomatoes can be added into the rotation cycle.

Because it’s really easy to forget where vegetables were planted, it helps to draw a rough sketch of your veggie garden. Then add plant names in their last-year places. It’s helpful to add the year before you file it away.

This will help when you want to figure out rotation for the coming year.

Gardeners whose veggie garden is in-ground don’t necessarily have to add lashings of compost or manure yearly in every food-growing spot.

Adding more compost to food crops is seldom a mistake — but it’s hard to make enough compost and very easy to use it all too quickly.

That’s why it’s worth knowing that some crops help feed other crops.

Peas and beans absorb nitrogen from the air and store it in little root nodules which enrich the soil for later crops. Cabbages and other leafy crops love growing in nitrogen-rich soil so these are the choice to follow the peas and beans (plus compost if possible).

Root crops are good for the third-year spot because most aren’t big eaters. This can include turnips, carrots, parsnips and beets. But if beets are grown for leaves as well as  roots, you get better leaves with the higher-nitrogen soil.

Crops that need rich food include squash, tomatoes, cucumbers, corn, asparagus, kale and all of the cabbage family.

Anne Marrison is happy to answer garden questions. Send them to her via amarrison@shaw.ca  It helps if you give the name of your city or region.