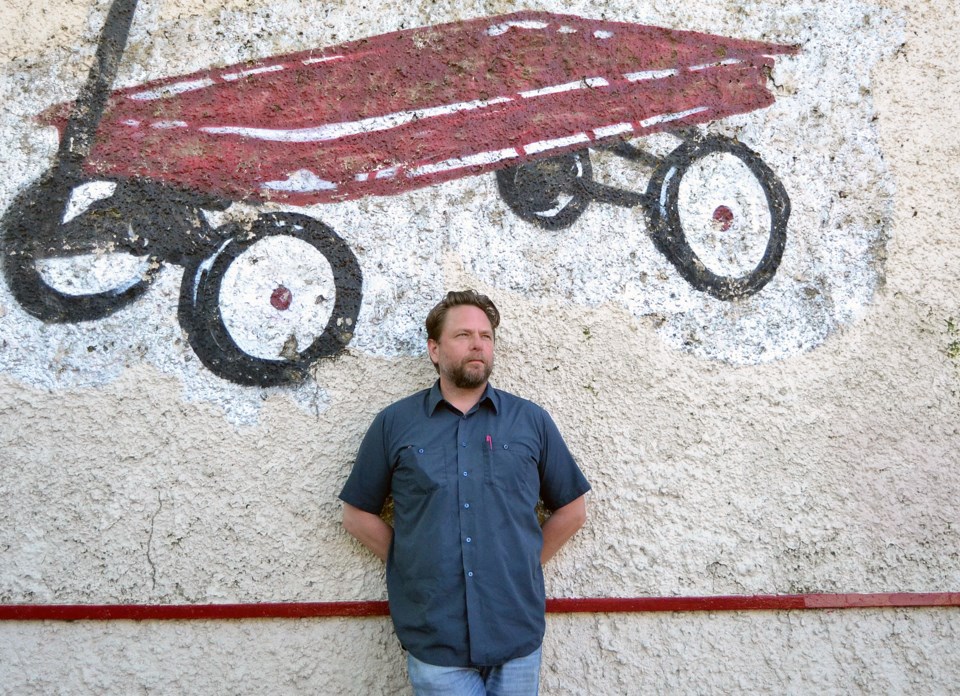 When Brad Miller first opened the doors to The Red Wagon five and a half years ago, the Hastings-Sunrise neighbourhood he calls home was a very different place. Largely bereft of quality dining options, the stretch of East Hastings Street was a culinary desert, and somewhat sketchy once the sun went down. Red Wagon, however, represented an oasis, offering classic diner-style comfort food with an instantly recognizable attention to quality. Not surprisingly, a perpetual lineup quickly formed at the corner of East Hastings and Garden.

“When we first opened, it was still pretty rough around the edges here,” he admits. The restaurant was even robbed twice in those early days.

For Miller, who grew up in Thunder Bay, Ontario, Hastings-Sunrise’s working-class grit was part of its appeal.

“It kind of reminded me of home that way,” he says. “I fell in love with the diversity, the energy. It was the first neighbourhood in Vancouver I really connected with.”

So too did Hastings-Sunrise connect with Red Wagon.

“The first brunch weekend, we were blown away by the support for us in this neighbourhood,” says Miller. “I can’t imagine the Red Wagon anywhere else in town. It just feels like home here.”

The demographics of Hastings-Sunrise began to change as well.

“I see a lot more younger people, a lot more strollers, more young families nowadays,” says Miller. “It’s changed considerably in the time that I’ve been here, and definitely for the better, I think.”

This week, Miller re-opened a refreshed and revamped Red Wagon after a month-and-a-half long renovation. Just as Hastings-Sunrise has evolved, so too has Red Wagon.

The most instantly recognizable change is the interior. The 80-year-old building’s floors were ripped up and replaced with black and white checks, the drop ceilings were removed to show off the room’s original cedar beams and the lunch counter has been replaced with a proper bar.

But the biggest change will be the added dinner service, with hours extending to midnight from Wednesday to Sunday. Miller and chef Matthew Thompson will be offering “elevated classic diner offerings,” along with a new cocktail program, local craft beer selection, and bar snacks.

Meanwhile, the weekend brunch menu will be offered all day, every day.

“We’re not changing up so much,” says Miller. “We don’t want to alienate anyone – we’re not going silver service – but we want to be more of a full-on family restaurant, all day long.”

If Red Wagon’s new dinner service proves successful, Miller hopes to make the move to 24-hour dining in the near future.

“That’s definitely something I wouldn’t have been able to do five, six years ago,” he says. “But I think the neighbourhood is ready for it.”