For six months, Kim Jang knew something was wrong with her six-year-old son. Various doctors attributed Nate’s headaches and vomiting to anxiety because Jang had started a job outside the home.
May 20, 2014 12:18 PM By: Cheryl Rossi 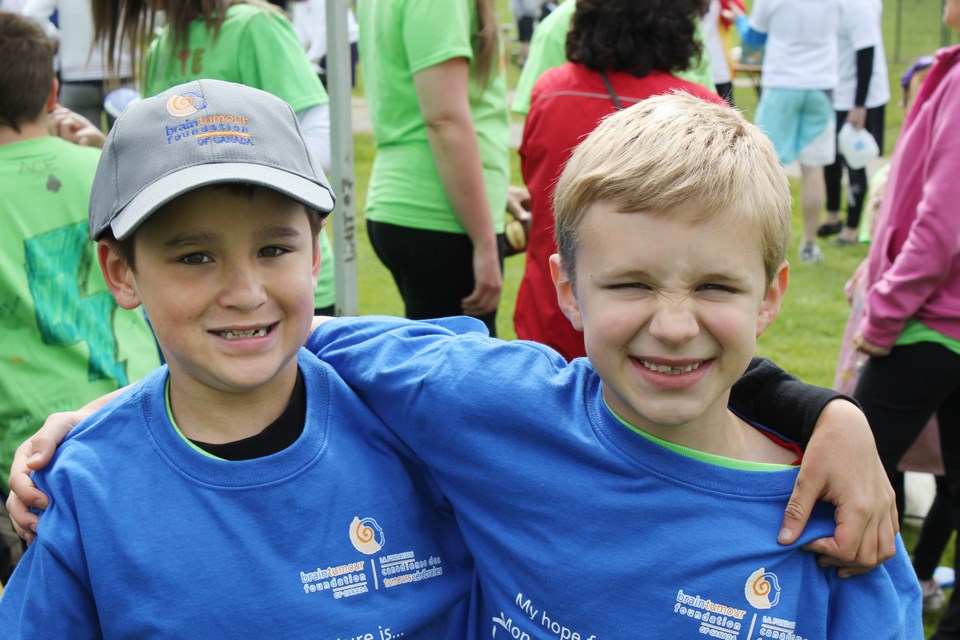 For six months, Kim Jang knew something was wrong with her six-year-old son.

Various doctors attributed Nate’s headaches and vomiting to anxiety because Jang had started a job outside the home.

But an MRI she insisted on showed a brain tumour resting on his optic nerve. He went immediately to B.C. Children’s Hospital for surgery.

Dr. Arjun Sahgal, deputy chief of the department of radiation oncology at Sunnybrook Odette Cancer Centre in Toronto, says signs of a brain tumour are often non-specific and can be difficult to diagnose.

He advises parents to make multiple visits to the emergency room when their child is not receiving the attention they believe they need.

“That also triggers the fact that hey something’s wrong here, we’ve got to look a little bit further,” Sahgal said.

Now nine years old, he copes with left-side weakness and wears a brace on his left leg but is otherwise fine. His six-month MRI also looked good.

“The chemo shrunk [the tumour] significantly but he still has a piece of it there,” Jang said. “There’s always, obviously, the chance that it could grow.”

Sahgal says children tend to grow less aggressive brain tumours than adults. Doctors avoid using radiation on children because the treatment can damage their brains or cause cancer to reoccur.

Every day, 27 Canadians are diagnosed with a brain tumour. It’s estimated the average patient will make 52 visits to their healthcare team in the first year after diagnosis.

The most common type of malignant brain tumour in adults is glioblastoma multiforme. Average survival, even with aggressive treatment, is less than a year. Brain tumours are the leading cause of solid cancer death (as opposed to blood- or lymph-based cancers) in children under age 20. Brain tumours are the third leading cause of solid cancer death in those aged 20 to 39.

Sahgal says quick decisions typically must be made following diagnosis of a brain tumour. A board member of the Brain Tumour Foundation of Canada, he suggests the foundation’s website as a resource. Visitors can submit medical questions that are answered by specialists and watch videos about various treatments.

Jang likes that the foundation organizes events for children who’ve had brain tumours.

“Nathan feels that these kids are kind of the same as me,” she said.

For the third year in a row, Nate and Adam’s families, friends and neighbours will participate as team Nate ‘n’ Adams Peeps in the Vancouver Spring Sprint, May 25, which raises money for the Brain Tumour Foundation of Canada. Participants can walk or run 2.5 or five kilometres.

There’s no registration fee or minimum amount one must raise.

Every dollar raised supports the production of Brain Tumour Handbooks for adults and children, a national network of support groups, education events and the provision of information online. Donations help ensure health care professionals across the country are educated about brain tumours and patients needs and supports research projects.

COMMON SYMPTOMS OF A BRAIN TUMOUR