How Vancouver changed dining out, locally and beyond

Thirty years ago, if a typical Vancouver family decided to go out for dinner, it more or less had one of three choices: a fine-dining establishment, White Spot, or a diner/fast-food outlet.
Feb 2, 2017 8:00 AM By: Anya Levykh 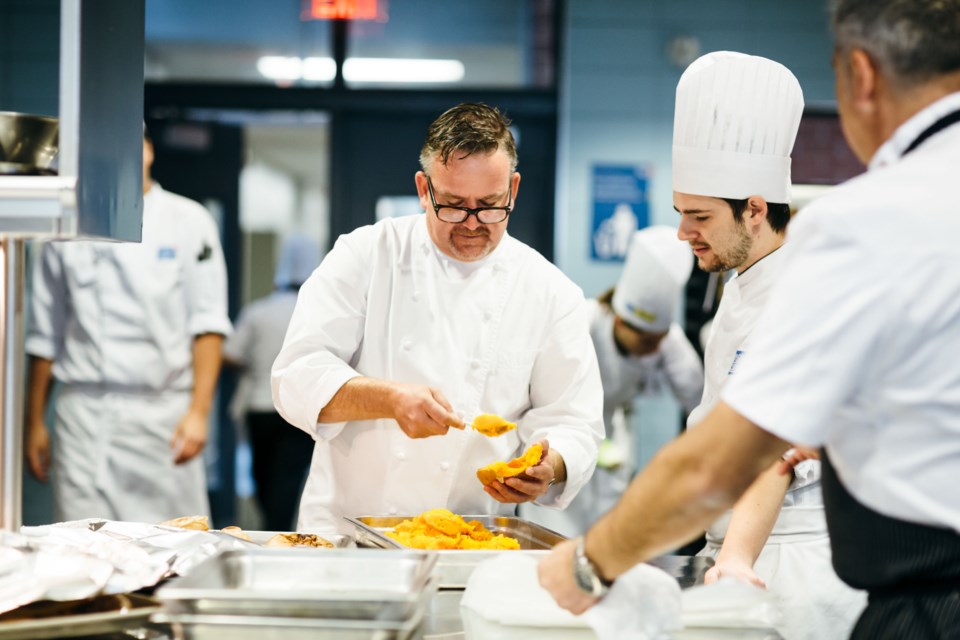 Thirty years ago, if a typical Vancouver family decided to go out for dinner, it more or less had one of three choices: a fine-dining establishment, White Spot, or a diner/fast-food outlet. The disparity was glaring, and wanting a glass of wine with dinner meant the mandatory donning of a suit and tie or stockings and heels, as it was usually only the high-end establishments that were licensed.

Then, in 1983, Earls opened in North Vancouver with its casual burger-and-beer concept. By 1987, it had expanded that concept to include dishes based on the owners’ travels around the world. It was a licensed restaurant that offered good-quality food without white tablecloths and tableside service, and customers flocked.

“‘Casual fine dining’ didn’t exist back then,” says Mo Jessa, president of the Earls restaurant group. “You had to make the choice between fast food and fine service. In the ’80s, when we got into that niche segment of high quality at casual prices, nothing [like Earls] existed.”

By 1988, when Cactus Club Cafe opened its first location, also in North Vancouver, the concept of “upscale casual” sounded a revolutionary boom. The idea that people could go out for a nice dinner with a few drinks and not beggar themselves to do it was unprecedented, and it quickly became popular. Other chains – Joey, Moxie’s, et al – soon followed, and the “casual fine dining” concept was born.

Within a decade, the concept resulted in multiple independent restaurants mushrooming across Greater Vancouver, each proclaiming its adherence to well-above-average food and drink in a relaxed atmosphere and for reasonable prices. The locavore/sustainable/fair-trade/ethically-sourced mantra was championed by these small independents, which in turn inspired the chains to start focusing on the same ideas. “We depend on [independent restaurants],” acknowledges Jessa. “They make a city vibrant. And they inspire us, rather than the other way around. They’re able to quickly adapt and address customers’ changing needs faster than a chain can.”

These days, that struggle also involves the lack of skilled labour, especially when it comes to the “back of house” staff behind the kitchen doors. Here again, chains have an advantage over the independents. Earls, among others, pays for its employees’ Red Seal certification, a national program that trains people in skilled trades to a recognized standard of excellence. At Earls, leadership training is given to anyone who wants it, no matter where in the restaurant he or she works. “We want people to leave better than when they start with us,” says Jessa.

Richard Jaffray, owner of the Cactus Club Cafe group of restaurants, agrees. “We offer the Red Seal certification to our employees, and they also have inspiration from working with people like Rob [Feenie, Executive Chef] and Sebastien [Le Goff, Service Director and Sommelier].”

Inspiration seems to be a draw at many chains. Joey Restaurants’ award-winning executive chef, Chris Mills, has been invited to cook at the none-more-prestigious James Beard House in New York several times. Earls has created the “chef collective” to harness the ideas of superstar chefs such as Hamid Salimian, Brian Skinner and David Wong, among others. At Cactus Club, Rob Feenie works with acclaimed pastry chef Wendy Boys. Even Browns Socialhouse recently lured away former Hawksworth luminary Kristian Eligh to join a triumvirate of chefs who plan to overhaul the menu and concept.

The goal, according to Jessa, is to create that unique experience that brings back the customer on a regular basis. “Our battleground is ideas,” he says, “and that’s where our chef’s collective comes in. It’s all about quality, but still approachable.”

Jaffray agrees, describing the experience at his restaurants as broader than just casual-fine dining. “We offer fine-dining-quality food within an unpretentious, fun and vibrant atmosphere. That experience is an important part of what makes the restaurants so successful.”

As is paying attention to who those customers are. “Today’s target demographic is much broader than it was in 1988, and it also depends on the location of the restaurant,” explains Jaffray. “One of the things that has remained consistent is that every community that we open up in brings in a different type of guest. For example, our Toronto location is right in the heart of the financial district, which naturally draws a business crowd Monday to Friday. However, on the weekends at the same location, it brings out a young, urban-professional, social clientele, which is similar to locations such as Yaletown and English Bay.”

And while the menus have evolved over the decades, the concept of fine-dining-calibre meals in a casual atmosphere is one that is now firmly rooted in the collective dining consciousness, to the extent that actual fine dining is now limited to little more than a handful of restaurants in the city. In fact, the concept has gone even further, to the creation of fast-casual restaurants that follow a cafeteria format while delivering more than just burgers. From pan-Asian rice bowls or bao to organic salads and sandwiches, the city is now teeming with fast-service, slow-food establishments.

Many may gripe about chain restaurants and the impact they have on independent operators, but, love ’em or hate ’em, they seem to have done a fair amount of good for this city’s food scene – and many other cities, too.

Anya Levykh is a freelance food, drink and travel writer who covers all things ingestible. Find her on Twitter and Instagram @foodgirlfriday.