THE LOOK: A view to The Room: The Bay targets luxury

Vancouverites often complain that our stores dont get the same assortment of products, brands, or designers as, well, Toronto boutiques do.
Sep 6, 2011 9:00 PM By: Vancouver Courier Staff 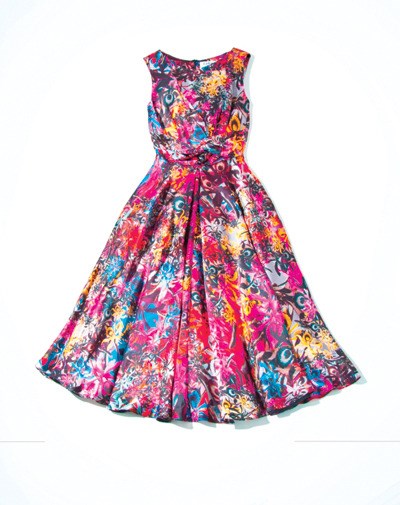 Vancouverites often complain that our stores dont get the same assortment of products, brands, or designers as, well, Toronto boutiques do. But with the September 8 opening of The Room a 23,000-square-foot space devoted to high-end fashion at The Bay Downtown thats all about to change. In an early statement released by the company, Bonnie Brooks, the Bays president and CEO (whose calm, recognizable voice youve undoubtedly heard on the airwaves) said, Vancouvers bustling culture and extraordinary elegance makes it an optimum location for The Room.

Although Torontos The Room opened in October 2009 (face it, the Centre of the Universe almost always scoops us), the underlying concept dates back to the early 1930s, when the St. Regis Room, as it was then called, became the first store to cater to the Canadas socialites.

While still targeting a monied and style-savvy clientele, this is not the same Room of yesteryear, as its modern design makes immediately obvious.

The space itself showcases the work of George Yabu and Glenn Pushelberg, principal designers of Yabu Pushelberg, the esteemed Canadian firm responsible for the interiors of top-flight, world-renowned retailers such as Lane Crawford in Hong Kong, Bergdorf Goodman in New York, and Printemps in Paris. The new Vancouver store features natural materials (an homage to our affinity for nature), and a 3D flower wall by acclaimed industrial artists Moss & Lam, as well as works by artists Marc LittleJohn and Unit 5.

And then, of course, there are the clothes, which include some of the industrys best-loved and most exclusive labels. One of the more impressive: Erdem, the London-based Canadian designer who has created a nine-piece collection of dresses, skirts, blouses and scarves reserved exclusively for The Room in both Toronto and Vancouver.

WE spoke to Suzanne Timmins, VP of Fashion Direction at The Bay, about what else shoppers can look forward to at The Room.

WE: Why did HBC decide to launch The Room in Vancouver?
It was always in our plans to expand The Room concept to other stores since its inception at [the] Queen Street [location] two years ago. Vancouver is such a vibrant, cultured city, and we had so many requests from customers living on our West Coast that we decided that it would be next.

A designers rendering of The Room at The Bays downtown Vancouver store.

How will the brand mix differ from the Room in Toronto?
The Room is known for its eclectic mix of traditional design collections, the avant-garde, and the hottest new names in fashion. Well carry that DNA forward into our Vancouver store. [Were aiming for a split thats] approximately 80 per cent apparel and 20 per cent footwear and accessories. There will be some crossover regarding the designer collections that we carry in Toronto, however, there are additional collections [such as Dsquared2] that we have in our Vancouver assortment that we feel appeal to our customers here.

What are your favourite brands this season?
Its impossible for Nicholas [Mellamphy, creative director for The Room] and I to pick our favourites as were passionate about them all, but I can tell you that we have such an exciting lineup. It includes Alaia, Erdem, Proenza Schouler, Jason Wu, Ungaro, Brian Atwood, Balmain, Sonia Rykiel, Ralph Lauren Black, Dsquared2, Maison Martin Margiela, Christopher Kane, Arthur Mendoza, and Mary Katrantzou. And all of these designers are exclusive to us at The Room Vancouver.