The search for Canada’s cuisine

From coast to coast, Canadians enjoy a variety of food and inspiration to please their tastebuds
May 7, 2014 2:38 PM By: Vancouver Courier Staff 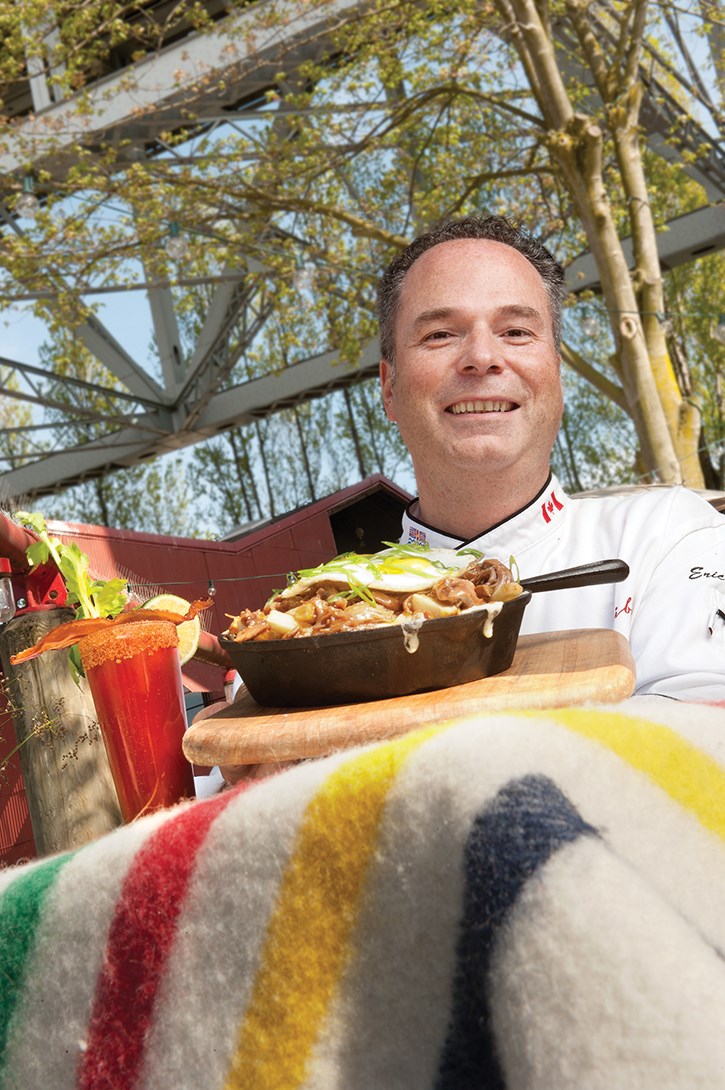 Canada has long been a meeting place for global cultures and influences. As each wave of immigration brings new citizens to our shores, so too have new customs and traditions become absorbed into the Canadian way of life.

Nowhere is this more evident than in the kitchen.

Family dinners vary greatly household to household, depending on where one’s family originally hails from. From roast beef with Yorkshire pudding to butter chicken to pork adobo, Canadian cuisine is as varied as Canadians themselves.

But what unites us? What makes Canadian food Canadian?

It all depends on who you ask.

“We are a melting pot of cultures. In my opinion, that’s true to what really defines Canadian cuisine,” says Pateman. “We will never be an Italy or a France because we have so many influences. We need that Asian influence, Italian influence to be Canadian food.”

Edible Canada is one of an increasing number of restaurants that has chosen to use Canadian staples and local products, and it’s combining locally-sourced ingredients with international inspiration that makes these menus unique.

At Edible Canada, a soup featuring local carrots and Indian-inspired coconut and cumin can be found on the menu alongside Haida Gwaii Halibut with wild ginger. But when it comes to the quintessential Canadian dish, Pateman picks an obvious favourite: Poutine.

“I think it’s just got so much variety,” he says. “Poutine is a dish I could literally take coast to coast and regionalize it so it represented every part of this country.”

Given Canada stretches 7,000 kilometres from coast to coast, it’s little wonder that regional cooking varies greatly depending on the local history and available ingredients.
Newfoundland cuisine – with its cod tongues, bakeapple pies, and Jiggs dinner – is far different from the smoked salmon in BC or Toronto’s peameal bacon sandwiches. Coastal towns differ from prairie provinces, and the northern communities again differ from the southern.

Most local dishes are a combination of what is readily available from the soil, forests, or oceans, blended with inspiration from foreign ancestors. To the east, there are Irish- and British-based meals; on the Pacific coast the Asian influence is ubiquitous; in central Canada you’ll find hearty fare built around Eastern Europe and First Nations traditions.

Although Canada has not typically produced exotic ingredients like citrus fruits, mangoes, or even lamb to any great degree, there are many indigenous edibles most people can find close to home. in addition to wild game like elk, bear, venison or salmon, there is also a huge plant variety – watercress, fiddleheads, leeks, elderberry, blueberry, strawberry; the list goes on – from which chefs or the adventurous cook can draw on.

Rémi Caudron is co-owner of Salmon n’ Bannock, a restaurant on West Broadway specializing in aboriginal cooking - the original Canadian cuisine. He believes that how you define Canadian cuisine is all a matter of perspective.

“I think you have to trace back one generation behind you,” he says. “Canadian cuisine is what you tasted at home.”

Caudron spent his childhood in Quebec where he ate things such as pork feet stew and beans. He now associates Canadian food with game and wild fish — things he serves in his restaurant. Staying away from items that are easily found in a grocery store, such as chicken or beef, the menu instead boasts barbecue pulled boar, bison cheese burgers, and elk soup – new twists on old favourites in keeping with the local food mantra. And of course, everything is served with bannock, a traditional aboriginal bread that’s good with pretty much anything. Looking for a simple snack? Try it with cedar jam from Quebec.

Caudron thinks that people enjoy aboriginal food because local food is “in” right now and Canadian culture is tired of the “regular” food we eat.

“We’ve played with all the crazy mixtures and the spices,” he says. “I think there is a craving for people to go back to the original, simple foods.”

But there will never be a single Canadian dish that brings everyone together, says Pateman.

“Our food scene is ever-evolving and probably will continue to evolve as more immigrants, nationalities, and ethic influences creep into our country,” he says.
With such a vast pool from which to draw inspiration, Canada faces endless possibilities when it comes to our own cuisine, and our culture. “That’s what makes us unique.”

If you want a taste of all the cultural influences available at Granville Island Market, Vancouver Foodie Tours has partnered with Edible Canada, on a two-hour tour, running daily year-round. Go to FoodieTours.ca for details.