'Soup for the soul' made for the largely Asian population of the residence to remind them of home
Mar 21, 2018 3:48 PM By: Sandra Thomas 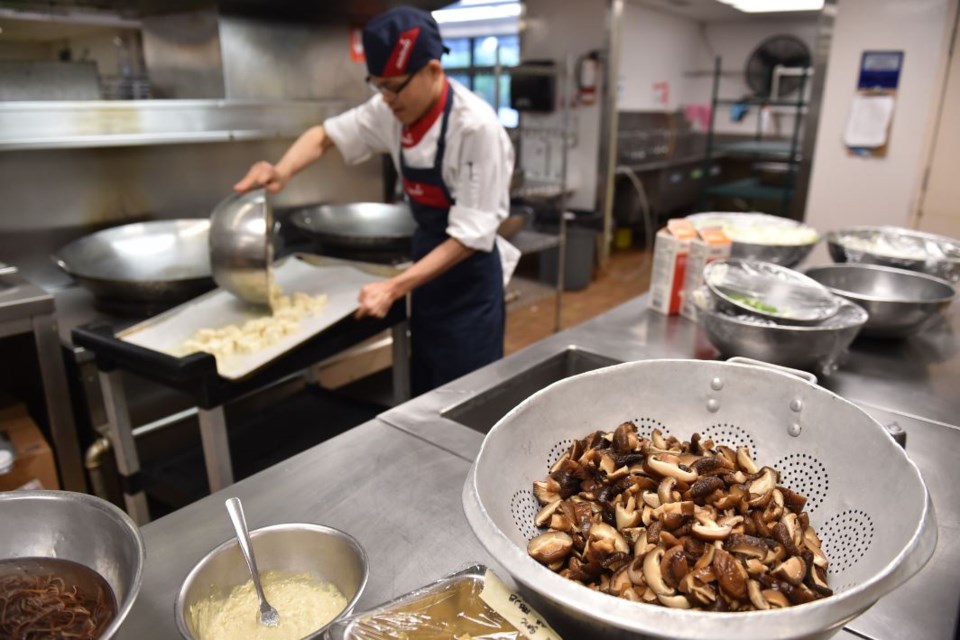 In one area of the kitchen steam is pouring up from a gleaming, industrial-size, stainless steel pot and in another an oversized wok is piled high with fresh vegetables, including carrots and peas.

While the culinary efforts on this morning by chef Sung and his team are in preparation for Lunar New Year celebrations, they’re not that much different than what takes place every Tuesday and Friday when Chinese-style soups are made for the largely Asian residents of the home. Dietician Helen Yeung says because 94 of the 99 residents at Mount Saint Joseph’s are Chinese, it was decided by the residents council years ago that the daily menu should reflect their cultural heritage. And according to Yeung, the residents know their stuff, especially when it comes to the rice served.

“They’ll say, the rice is too soft or you used too much water,” says Yeung. “And we can only use jasmine rice. We can’t even change brands because if we do they say things like, ‘Is this Uncle Ben’s?’”

Yeung explains a western-style menu is also available for the few non-Asian residents or for anyone who wants a change, but adds the soup is the crowd pleaser. Yeung says the residents believe tradition Chinese soup has restorative properties that help the throat, hydrates the body and improves appetite and circulation. The residents also believe the traditional soup promotes physical and spiritual well-being — the ingredients are tailored according to the Yin and Yang theory of traditional Chinese medicine.

Yeung notes since offering Asian dishes on the menu, food waste has dropped considerably at Mount Saint Joseph’s, which is critically important when running a large kitchen. She says the Soup for the Soul program, as it’s been dubbed, came about by way of a simple donation. The Mount Saint Joseph’s team heard what their residents were saying about wanting traditional soup, Yeung was already involved and the food services manager had also begun to attend council meetings regarding such a program, but as the list of items required to make the soup grew, the issue of cost came up.

Not only would fresh and often organic ingredients be expensive, so was the special pot needed to cook the soup, the two warmers needed to keep it hot and the traditional bowls and spoons with which it would be served. That was when an elderly woman passed away and her daughter asked if she could give back to Mount Saint Joseph’s by making a donation.

When Mount Saint Joseph’s social worker Suzana Philip heard about woman’s offer, she suggested the donation be used to cover the costs of launching the soup program. And while that initial donation was helpful, the cost of regularly making the soup was cutting into the kitchen’s budget. That was when St. Paul’s Foundation development manager Doreen Lam found additional donors to have the cost of the new soup program covered annually.