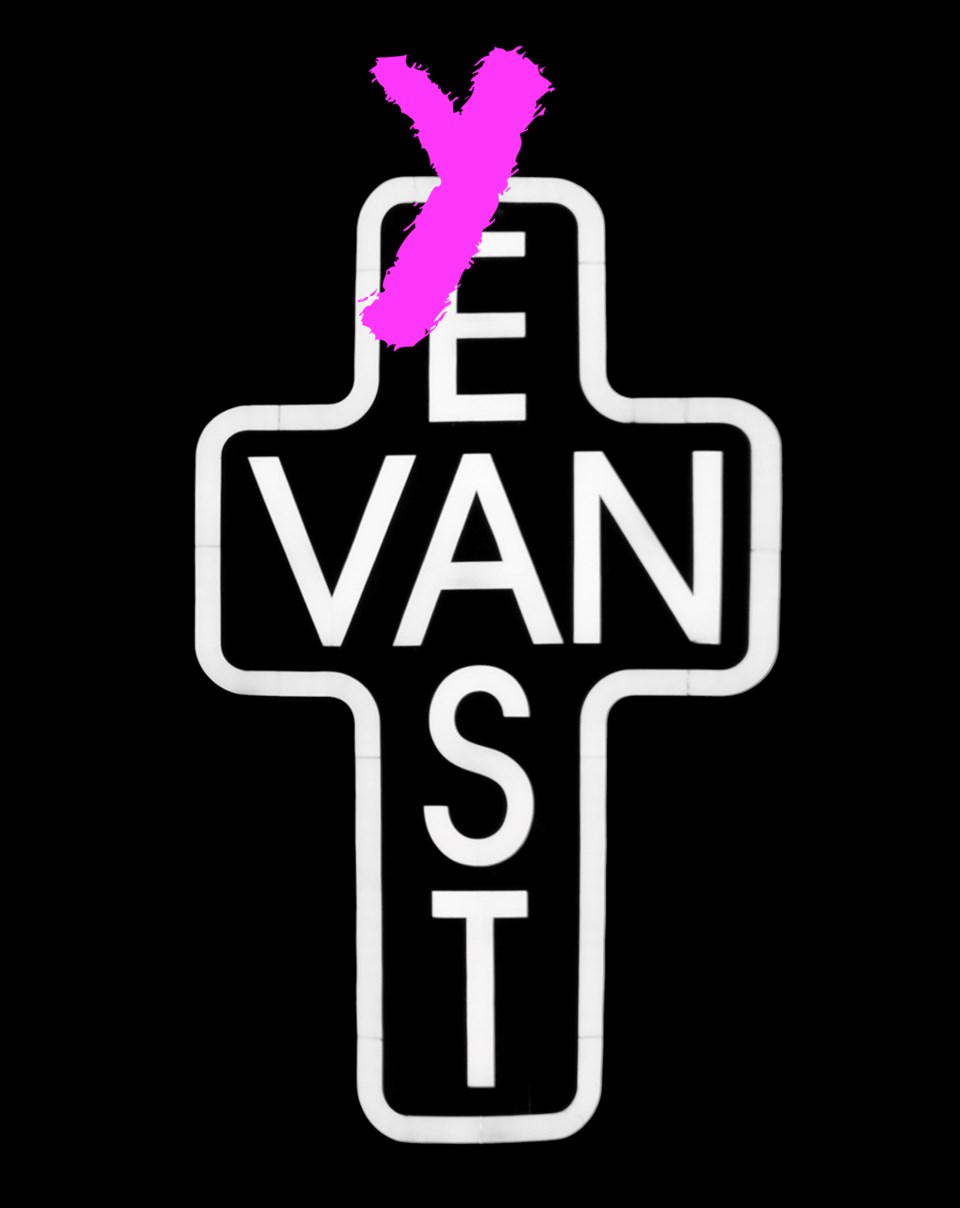 It’s finally happened – there’s an official beer crawl taking place this weekend. Hop Circuit– a sort of Eastside Culture Crawl for the local beer and distilling industries – is designed to show off the booming businesses of the so-called Yeast Van brewery district.

In case you’re unaware: Yeast Van is a loosely defined neighbourhood that includes a group of East Van craft breweries in the Grandview-Woodland neighbourhood. Yeast Van is not an official name – a Parallel 49 employee coined the name back in 2012 – but its colloquial use is growing every day.

And whatever! The craft beer industry isn’t really into borders or anything related to being boxed in. And the sheer number of breweries operating in Yeast Van is helping to revitalize a neighbourhood that’s been largely industrial, and has seen little-to-no tourist traffic in the past 30 years, if ever.

It’s a neighbourhood that hasn’t reached anywhere close to its full potential. But with the addition of the new St. Paul’s Hospital in nearby Strathcona, along with new condos and businesses that seem to be popping up every day, the strip of Hastings Street between Clarke and Nanaimo could well become another cultural hub for Vancouver – and could become the focal point for the already burgeoning Yeast Van.

Until that happens, Yeast Van will lose out to Brewery Creek as the go-to beer district for visitors. Brewery Creek, which is centred on Main Street and Mount Pleasant, has more to offer tourists, aside from delicious craft beer. But if Brewery Creek is the sizzle, Yeast Van is the steak – a sprawling beer district encompassing everything that BC’s craft beer industry has to offer. It’s also become Ground Zero for the collaborative and community-oriented approach to business that’s unique to the craft beer industry, which is exactly what the folks behind Hop Circuit are hoping to showcase.

If you don’t know the Yeast Van breweries, get to know them. And what better place to start this new relationship than right here, right now. –Dan Toulgoet photos

The new kid on the block and set to open this year, Andina will be distinctly Colombian-themed. Brothers Nicolas and Andres Amayawere both born in the South American country and the brewery will be an ode to their homeland, with Colombian-inspired brews, Colombian food and a Colombian-flavoured tasting room.

Bomber’s story has been told so many times, it’s practically lore – some guys playing on a hockey team called the Bombers decided to open a brewery because one of their teammates, Blair Calibaba, had been supplying everyone with homebrew that they all thought could really sell. And boom, Bomber, opened in 2014, which is crazy – Bomber’s been such a prominent part of the industry since then it feels like its been around for half a decade at least. Their tasting room, located along the Adanac bike route, is small and windowless, sure, but intimate and a great place to escape the rain or the terrible heat the city’s likely to face this summer.

Callister is Canada’s first collaboration brewery – an incubator of sorts for brewers hoping to market their brands and their beers before starting up a brewery of their own. Chris Lay, Callister’s owner, brews under the Callister banner, while three other brands cycle through the facility every 12 months. Currently, Real Cask, Brewery Creek and Machine Ales all operate out of the facility – and all offer something distinctly different – but by July there will be three new brewers.

Coal Harbour is currently just a production facility – producing 311 Helles Lager, one of the finest craft lagers on the market – but a tasting room is supposedly on the way. Stay tuned for that.

Vancouver’s smallest craft brewery might just be its friendliest! Head brewer Evan Doan is like the nicest, most enthusiastic guy in town, and their tasting room is certainly a reflection of that – a cozy, congenial environment.

One of three new breweries opening in the neighbourhood this year, Luppolo will offer a variety of West Coast style brews, with some Italian-inspired food options. If you’re wondering, Luppolo means “hops” in Italian. The owners are Italian, hence all the Italian stuff. We haven’t seen the facility yet, or tried any beers, but the owners are supremely nice people.

Off The Rail Brewing Co.

Off the Rail’s tasting room is the most peaceful of the Yeast Van bunch. What does that mean, exactly? It’s difficult to intellectualize a vibe, but I’ll try. The room is on the second floor, looking over the Adanac bike route, which creates a sense of heightened awareness. It’s south facing, and so bathed in natural light. The walls are all white, so the room has an immediate softness to it, creating an atmosphere that’s as far removed from hostility and anxiety as possible. It’s a wonderful thing. Also, the beer’s really tasty and you should go there.

And here lies Vancouver’s biggest craft brewery– the brewery that just keeps on growing. Will it ever stop? Who knows! And who really cares! As long as they continue to make weird, wild new beers – many of which appear only in their tasting room – while supplying the world (including Rogers Arena) with its dependable staple beers, they’ll continue on as kings of the local craft beer community.

Powell Street launched in2012 and was integral to the Vancouver’s explosion of craft breweries. And for good reason – it’s a low-key, owner-operated business and focuses on quality of craft above anything else. It’s all about the beer, from the hoppy, West Coast leanings of their core lineup, to the more global and experimental seasonal and small batch brews.

The weirdest brewery in Yeast Van (and BC, actually) and, also, the oldest. It’s also the most prone to wild experimentation, and a visit to the mad science lab that is the brewery is frequently a once-in-a-lifetime opportunity to try gems, like Cucumber Jalapeno Pilsner, Chai Ale, Pineapple Chocolate Stout and others that are brewed once, and probably never again.

Strange Fellows is one of just a handful of BC breweries that epitomize the true essence of craft beer: It’s family owned, it has a modest attitude toward growth, its staff and ownership are community oriented and it has an aesthetic all its own – in this case, sophisticatedly weird. The beer is consistently and life-affirmingly delicious, thanks to brewmaster Iain Hill, a veteran brewer with unreasonably high standards. But his neurotic drive is a reward to us all. Thanks Iain.

East Van’s newest brewery is set to open this summer with Michael “Fezz” Nazarec, host of Beer! The Show, serving as brewmaster. The brewery and tap room is located on the corner of East Hastings and Campbell, which means the borders of Yeast Van will likely have to be nudged westward yet again.

If the brewers of Yeast Van are one big family, then this Sunday is their family reunion.

For the first time ever, all 10 East Vancouver breweries (as well as Odd Society Spirits distillery) will be opening their doors and offering public tours of their brewing operations. Called the Hop Circuit, the idea is to connect with the community, beyond just the tap room.

“It’s a great chance to get to know all the breweries,” says Andrea Hugi, office manager for Strange Fellows Brewing. “You’ll be able to walk around the entire neighbourhood, see how the beer is made and meet the people behind it.”

In addition to brewery tours, each of the breweries will also be releasing special limited edition beers to mark the event.

Luppolo Brewing isn’t open to the public just yet, but they’ll be opening their doors to anyone who wants to come by and check out their work in progress.

Food trucks will be on hand throughout the circuit to provide sustenance to the masses. For those not inclined to walking, Cycle City Tours and Vine & Hops will both be offering guided tours around the neighbourhood.