Walking through the streets of Yeast Van these days, with craft breweries seemingly dotting every block, it’s crazy to think that just five years ago, none of this awesomeness existed.
Apr 25, 2017 2:13 PM By: Rob Mangelsdorf 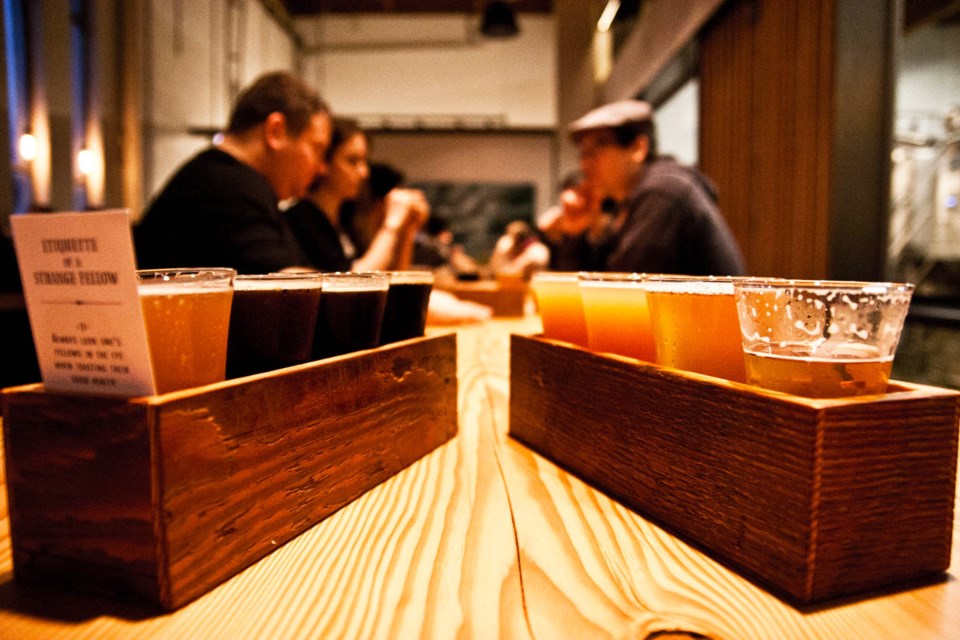 Walking through the streets of Yeast Van these days, with craft breweries seemingly dotting every block, it’s crazy to think that just five years ago, none of this awesomeness existed.

Prior to 2012, the East Vancouver neighbourhood was home to just a single craft brewery tasting room; Storm Brewing, founded in 1994 by the mad scientist himself, James Walton. For many Vancouverites (myself included), stumbling upon Storm Brewing was like discovering some wonderful secret, a bastion of creative awesomeness amongst Vancouver’s stifling banality.

This is too cool! How has our puritanical government not discovered this place and shut it down? I remember thinking to myself the first time I cautiously entered Walton’s ramshackle laboratory.

Aaron Jonckheere, one of the co-founders of Strange Fellows Brewing, had a similar experience the first time he set foot in Storm. Like so many craft brewers, Storm’s “weird is wonderful” mantra was an inspiration.

“It’s such a vibrant scene now,” says Jonckheere. “But James, he was really the first. He put [Yeast Van] on the map.”

Today, the neighbourhood is home to 14 craft breweries (and one fantastic distillery), all of which will be throwing open their doors to the public this Sunday, April 30 for the second annual Yeast Van Hop Circuit.

Jonckheere is organizing the Hop Circuit, which will see all the participating breweries and distilleries (well, distillery) give public, behind-the-scene tours of their operations. The breweries will also each be pouring special limited edition beers for everyone who comes by for a visit.

“It’s a great opportunity for the public to hang out and have a beer with brewers and get to know who makes their favourite beers,” says Jonckheere.

See you on Sunday April 30th from 1pm to 5pm for the @yeastvanbc Hop Circuit. Lots of great breweries and beer to try out. @feastrofoodtruck will be on the block to keep you fed. Tours on the hour to check out the inner workings. #bomberbrewing #yeastvan #craftbeercommunity

It’s largely a self-guided tour, with a free shuttle bus running between the breweries. There will also be food trucks at all the breweries that don’t serve food, so you can regain your strength along the way. This is not something you want to do on an empty stomach, after all.

New additions this year include rookie breweries Andina, Luppolo, and Strathcona, all of which are definitely worth a visit. Parallel 49’s new tasting room and restaurant isn’t completed yet, but they will be offering self-guided brewery tours and hosting a beer garden behind the brewery (between Triumph and Pandora Streets).

With so many breweries so close together, Jonckheere says the brewers have formed the informal Yeast Van Brewing District association to connect each other and organize events like the Hop Circuit.

“We’re all pulling for each other and we’re all working together,” he says. “We’ll share yeast. If a brewery is out of growlers, we’ll send some over.”

Jonckheere also wants to stress, if you’re coming out for the Hop Circuit, don’t bike and drink. For real. We’ve all done it (I know I have), but it’s such a terrible, dangerous idea, and we all need to stop. If you try to visit all the breweries on the 30th, you’ll be in no shape to ride a bike afterwards. The breweries are close enough to walk, so do that, or hop the free shuttle provided by Vancouver Brewery Tours. And whatever you do, don’t drive. That would just be stupid.