10 ways the Canucks could get bigger for next season 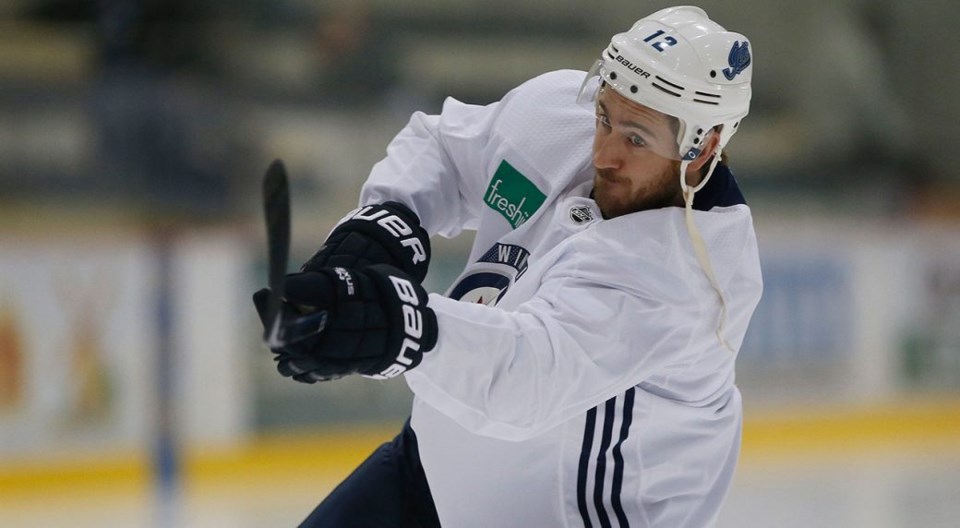 “We’d like to get bigger and more physical and stronger,” said Benning on Monday. “That’s an element that I thought we were missing at times last year and we’ll see if we can try to address that somehow.’

This quote has upset some Canucks fans, because Benning has said similar things many times in the past. In fact, it was used as part of the justification for signing Jay Beagle, Antoine Roussel, and Tim Schaller last off-season. If the Canucks still need more size, is that an indictment of Benning’s past attempts?

Part of the issue is that Benning’s focus on getting bigger has led to deals like trading for Brandon Sutter and Erik Gudbranson, or choosing Luca Sbisa over Sami Vatanen in the Ryan Kesler trade. Those are moves that arguably made the team worse rather than better.

To be fair, in the same media scrum, he also emphasized the Canucks need for more skill and that is still their primary focus. The Canucks have made speed and skill a priority over size at the draft table over the last few seasons and last year, their only pick over six feet tall was goaltender Matthew Thiessen, and they took 5’10” Quinn Hughes 7th overall.

Judging by the way he keeps bringing it up, however, the need to get bigger and stronger clearly weighs heavily on Benning and could be a major consideration for the Canucks this off-season. Fortunately, there are some clear ways that the Canucks can get bigger heading into next season. Here are

The Canucks are reportedly interested in Tyler Myers, who is 6’8”, making him the second-tallest player in the NHL after Zdeno Chara. Unfortunately, while Myers is big, he’s not necessarily good. While he can put up points, he struggles defensively, and will likely get a contract far bigger than he deserves.

There are other options for getting big in free agency, however, and one of them is Myers’ teammate last season with the Winnipeg Jets: Kevin Hayes. Hayes is 6’5”, 216 lbs, and can play at both centre and on the wing. He’s an effective playmaker that can be relied upon for 40+ points, making him a good fit to play alongside Elias Pettersson or Bo Horvat, or step in at centre if one of them gets injured.

The Canucks wouldn’t be the only bidders for Hayes’ services — the Philadelphia Flyers went as far as trading for his rights to give themselves more time to negotiate — but they could leverage their cap space with an outsized contract on a shorter term deal, as suggested by Harman “Boy Genius” Dayal.

This isn’t a course of action I would recommend — the no-movement clause and the length of his contract makes Milan Lucic a liability for the Seattle expansion draft and the long-term salary cap situation — but moving Loui Eriksson for Milan Lucic would certainly make the Canucks bigger.

Lucic’s offence has dropped off a cliff, but he’s still an effective bottom-six forward, with size and a mean demeanour to go with it. Who knows: with the right chemistry, maybe he could do better than the 20 points he managed last season.

The Oilers would need to add a pretty sweet sweetener to make the deal worth it, but if the 6’4” Puljujarvi is an option, that would double up the bigness.

3 | Draft for both size and skill

At tenth overall, the Canucks will have lots of options at the 2019 NHL Entry Draft. Some of those options will be both talented and hefty.

If the 6’4” Kirby Dach falls to tenth, he’d be a great option: he’s a smart playmaker that uses his size effectively to protect the puck and could be NHL-ready as early as next season.

If Dach doesn’t fall, the 6’2” Matthew Boldy would be a good option: he has power to his game to go with his exceptional skill. Or the Canucks could take a chance on 6’3” defenceman Philip Broberg, who has incredible physical tools, even if his mental game needs time to mature, or 6’4” power forward Raphael Lavoie, who can both power through and deke through opponents.

Lavoie would be a reach — he’s expected to go in the middle of the first round — but his combination of size, speed, and skill is certainly tantalizing.

In recent years, some young Canucks have arguably bulked up a little too much in the offseason and lost some speed and conditioning as a result. Jake Virtanen came to camp in 2016 at 231 lbs and it seemed to slow him down; he’s now at a big, but more reasonable 226 lbs. Likewise, there was speculation that Brock Boeser’s slow start to this past season had to do with adding too much weight with his limited time for off-season training. He looked a little heavier and less explosive in his skating.

That said, there are a few young players that could stand to add a little more size and strength. Elias Pettersson’s weight clearly wasn’t an issue, but going from 176 lbs to 186 lbs would help him in puck battles. Adam Gaudette was even lighter than Pettersson at 170 lbs and, if he wants to win the third-line centre job next season, could use some added muscle.

Sometimes size is all about how you present yourself. Something as simple as better posture can add an inch or two to your height. The Canucks could bring in a posture coach to get the players to stop slouching, straighten up with shoulders back and knees straight, tucking in your hips, and imagining your head stretching to the sky.

If you want to skew your average size significantly, the easy answer is to find the biggest and heaviest professional athletes on the planet: sumo wrestlers. The average sumo wrestler is over 350 lbs, with the great Konishiki Yasokichi reaching a peak weight of 633 lbs.

A sumo wrestler would take up a significant portion of the goal and they are surprisingly quick and agile. Sure, ESPN’s Sport Science tested out a 500 lbs sumo goaltender and decided that they would leave too much of the net uncovered, but the sumo wrestler had clearly never played hockey before: his positioning was all wrong. The trick is to take a top sumo wrestler and train them with a top goaltending coach.

Instead of adding one or two big players, why not add a few feet of height to the entire team?

Everyone knows you can use pym particles to make things smaller, but Scott Lang has proven they work to make people bigger too. Think Zdeno Chara’s tall? Wait until the Canucks have five players on the ice with their heads in the rafters.

It works for the Looney Tunes and even leads to faster recovery from grievous injuries.

While the Canucks would risk a too many men on the ice penalty, as long as no referees check under the trench coat, they should be fine.