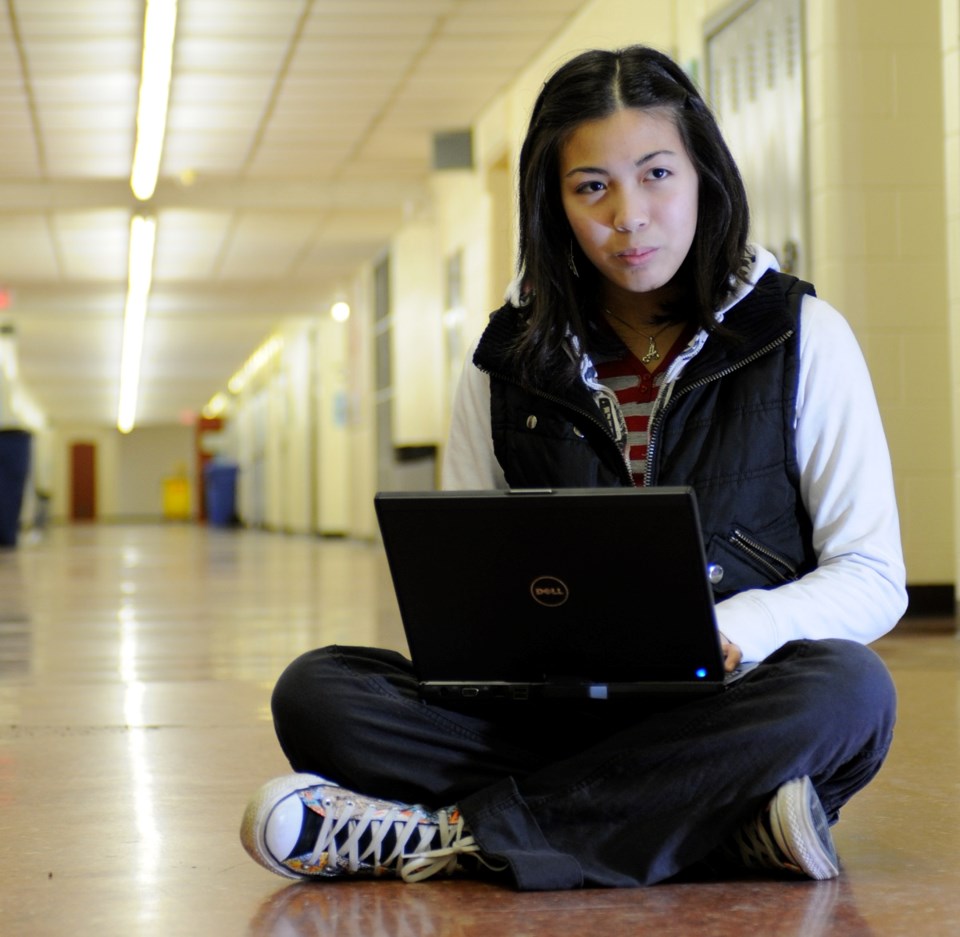 Thousands of professional journalists from across the globe are descending on Vancouver for the 2010 Winter Olympics, but Adeleine Estrada suspects she’ll provide a different perspective.

The 16-year-old is one of 23 B.C. students covering the Olympic and Paralympic Games using social media such as blogs, Facebook and Twitter for a project called Students LIVE.

“A student’s take will be much different than say a person who’s been writing for, say, ﬁve years. I’d like to think we have a brighter, fresher perspective on it,” said Estrada who’s in Grade 11 at Tupper secondary. “We don’t have a certain bias towards being focused on a certain area. [Professional reporters] also have to meet a quota, while we student volunteers don’t have one.”

The teenager is interested in both sports and journalism — she coaches ﬂoor hockey and volleyball, assists in tennis, and hopes to study journalism in university. She’s operated a blog on sports news at gamemisconducts.blogspot.com for almost a year.

Once the Olympics start, her blog will centre on the Games. Estrada wants to write about subjects that aren’t highlighted as much as the events themselves, including spectators’ views and preparations. A relative through marriage is dancing for the opening ceremonies, so Estrada wants to talk about her impression of the celebration.

“If I have the chance, I’d like to interview one of the international athletes, not just the Canadian ones,” she added.

Estrada also intends to interview a friend opposed to the Olympics. Her own feelings have been mixed. “At ﬁrst I was iffy about it because I know about the taxes and whatnot, but now that the Games are near, I’m more supportive of it. In general, I think [other students] are excited and supportive, but I know a few people who don’t care.”

Benjamin Pan, a Prince of Wales student who’s covering the Games for Students LIVE, said his classmates’ moods are “overwhelmingly positive” toward the Games.

“I don’t think I’ve talked to a single person yet that’s even been slightly hesitant towards the Olympics,” said the 16-year-old.

The Grade 11 student is looking forward to covering the event and said he has a lot of latitude about what and how often he blogs.

Estrada is already swept up by the opportunity. “Because it’s in Canada, the whole vibe and feel of it is kind of intoxicating,” she said.

The student reporters from Grade 8 to 12 are from a handful of high schools around the province, including Tupper, Prince of Wales, David Thompson and Britannia. The West Vancouver School District and the British Columbia Educational Leadership Council are running Students LIVE.

Chris Kennedy, a project coordinator from the West Vancouver School District, said 80 students applied for the 23 positions. Student reporters aren’t meant to be cheerleaders for the Games, but are expected to do stories other young people would be interested in.

“Each has their own ﬂavour to their blog. A couple have focused on photojournals of the process, others are more interview-driven,” Kennedy said. “There’s a built-in audience of thousands of students who are in school at the time and a number of them are interested in hearing a youth voice.”

Those voices can be found at www.studentslive.ca.