5 things you didn’t know about the Sylvia Hotel 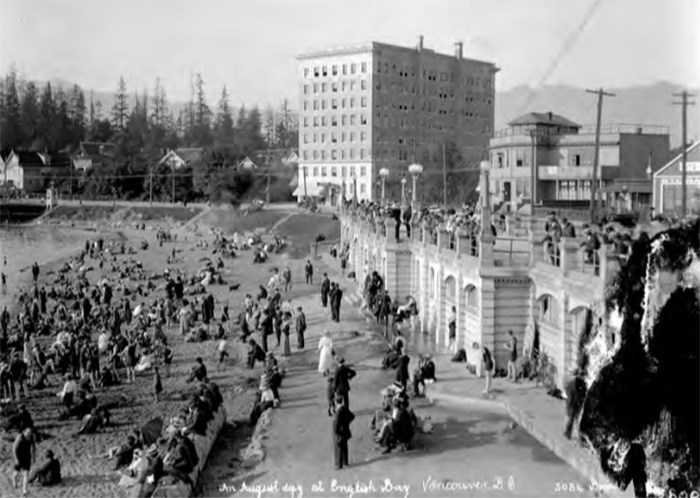 1) It started out as an apartment building

Now known as a historic hotel, the Sylvia was originally built in 1912 as an apartment building. The original designs were done by Seattle based architect W.P. White for the Goldstein family. It wasn’t until the Depression that the building began transitioning into a hotel. With the advent of World War II, many of the suites were converted into rooms in order to provide accommodation for crews of the merchant marine. The Sylvia became a full-service hotel in the 1960’s.

2) There may or may not be a ghostly presence

Some guests claim that room 604 features a spooky “invisible presence.” One Tripadvisor reviewer even stated that the ghostly presence tried to sit on them! It’s also rumored that Hollywood star Errol Flynn (star of The Adventures of Robin Hood, 1938), died in the hotel in 1959.

3) The Sylvia was a beacon of grandeur and class

The Sylvia Hotel - Vancouver BC The Sylvia Hotel is a designated heritage building, ideally located on English Bay, beside Stanley Park and just 5 minutes from downtown Vancouver. Built in 1912, the Sylvia Hotel is a city landmark and one of Vancouver's greatest treasures. The location is a favourite for business travelers wanting to be out of the busy downtown core, for families vacationing on the beach or for romantic getaways. The Sylvia Hotel is definitely one of Vancouver's best kept secrets. The old fashioned character and friendly service gives travelers a home away from home. . . . . . #vancouverisawesome #bns_landscape #enjoycanada#ImagesofCanada #tourcanada #ExploreCanada #exploreBC#dailyhivevan #vancityhype #VancouverCanada #TheLensBible #wonderfulworld #fantastic_earth #mthrworld#nikon_canada #f4f #bc #hotel #nature #tokina1116#englishbay #lfl #landscape#photography #bc #nikon #canada #604now #modernwanderers #canadaday #unlimitedcanada

Opened in 1913, the Sylvia boasted “modern gas stoves” marble staircases a high-end top floor restaurant called “Dine in the Sky”. Wealthier tenants would pay upwards of $65 a month to stay at the Sylvia. Pricy! Its luxurious beginnings were poorly timed however, as the Sylvia was incapable of withstanding the economic built tightening of the Depression. In 1923, the Goldstein family sold the Sylvia for $275,000 before relocating to Los Angeles.

That’s not the Sylvia’s only “first.” The building, which has since be designated as a heritage site, was the tallest building in the West End until 1958.

The famous Sylvia Hotel cat, “Mr. Got To Go”, has inspired three children’s books by Lois Simmie (illustrated by Cynthia Nugent). The stories tell the tale of a stray cat who, after arriving at the Sylvia, takes control of the premises and stay for good.