Before arriving in Vancouver, Tanner Pearson was having a nightmare season.
Apr 5, 2019 5:04 PM By: Daniel Wagner 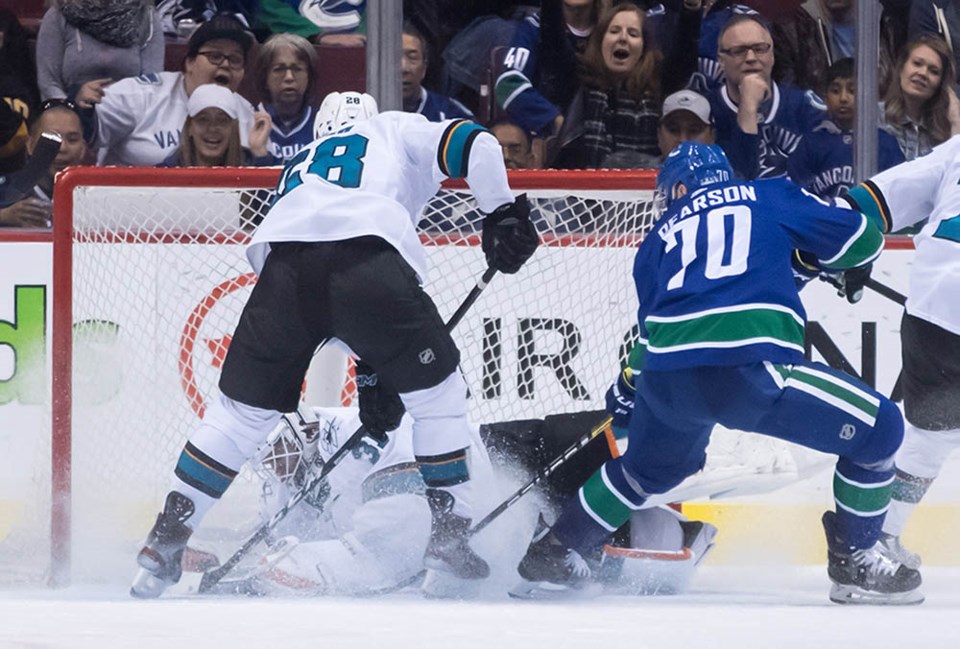 Before arriving in Vancouver, Tanner Pearson was having a nightmare season. After three seasons of providing consistent secondary scoring with the Los Angeles Kings, he went the first 17 games of the season without scoring a single goal and tallying just one assist.

At that point he was traded to the Pittsburgh Penguins, which must have seemed like an incredible opportunity for a fresh start. What better place for a scoring winger to play than on the Penguins, who are always on the lookout for wingers to play with their two All-Star centres, Sidney Crosby and Evgeni Malkin.

Sure enough, Pearson got some significant time alongside Malkin, as well as Phil Kessel. Those are some talented linemates and it seemed like a good situation for Pearson, but it never quite worked out. Pearson managed nine goals and 14 points in 44 games with the Penguins, which is a 16-goal pace over 82 games, in line with his previous season with the Kings, but well below his usual pace in points.

Leading up to the trade, Pearson was in the midst of a long slump, with just one point, a goal, in his last 14 games. His ice time took a dive with his declining production, playing under nine minutes in each of his last three games with the Penguins. Combine that with a $3.75 million cap hit through 2021, and you can understand why the Penguins wanted to move on and were willing to trade him for the much-maligned Erik Gudbranson, who has a similarly troublesome contract.

Gudbranson has worked out well so far for the Penguins, but the Canucks can’t complain about their end of the bargain. Pearson has been fantastic in Vancouver, tallying eight goals and 11 points in 18 games, and finding a home in the top-six alongside Bo Horvat.

That’s a 36-goal pace over 82 games. While it’s unlikely that he keeps that pace up next season, it still looks like Pearson could be part of the answer for the Canucks’ secondary scoring woes.

So, what changed? It’s likely a combination of factors. There’s the fractured thumb that he played through for a month in Pittsburgh that required painkillers before every game. Perhaps there was a lack of patience for a player going through a slump on a Pittsburgh team angling for a Stanley Cup. Then there’s the question of chemistry: maybe Pearson is just a better fit for Bo Horvat’s straight-ahead, north-south style of play.

Generally speaking, a sudden jump in shooting percentage like that is a sign of a hot streak that isn’t likely to continue, but there’s no need to be negative about Pearson’s performance with the Canucks. Things have clicked here for Pearson, and that’s a positive. Even if he’s not a 30-goal scorer for the Canucks next season, he can still be a solid complementary player, which is particularly important for someone like Horvat, who has had a rotating cast of wingers this season.

We can also look at his numbers this season and see if anything else has changed that might affect something like his shooting percentage.

At 5-on-5, Pearson is actually averaging slightly fewer shots on goal with the Canucks than he did with the Penguins, but those shots are hitting the back of the night twice as frequently. The other two statistics might give some indication why.

Pearson’s rate of individual scoring chances (iSCF/60) has gone up significantly with the Canucks compared to with the Penguins. That’s a good sign — he’s getting to dangerous scoring areas for chances with regularity — but it also doesn’t explain as much as you might think. He averaged a similar rate of scoring chances in 2016-17 with the Kings and scored 24 goals, but didn’t have anywhere near the shooting percentage he’s had with the Canucks.

His high-danger chances , however, might provide some explanatory power. His rate of high-danger chances (iHDF/60) in Vancouver is higher than at any other point in his career. That means he’s getting shots from around the crease or chances off the rush from the slot and other dangerous areas.

That certainly matches the eye test: Pearson has a knack for getting to the front of the net and finishing off plays, as well as a lethal wrist shot when he gets some time and space to use it off the rush. The question is, can Pearson keep creating high-danger chances at a similar rate next season? Since he’s never created them at that high a rate before, even with a strong Kings team in past years, it doesn’t seem entirely likely. His 4.54 iHDF/60 would be top-50 among NHL forwards this season and not a lot of work has been done on the repeatability of individual statistics like this.

On the other hand, who knows? Maybe Pearson will continue to create dangerous chances on a line with Horvat next season and rack up goals.

An optimistic, yet realistic, expectation for Pearson would be 20 goals and around 40 points, like his best years with the Kings. If his chemistry with Horvat continues, however, all bets are off.