Mount St. Helens and Mount Rainier in Washington State are high on the National Volcanic Threat Assessment list
Oct 28, 2018 7:30 AM By: Elana Shepert 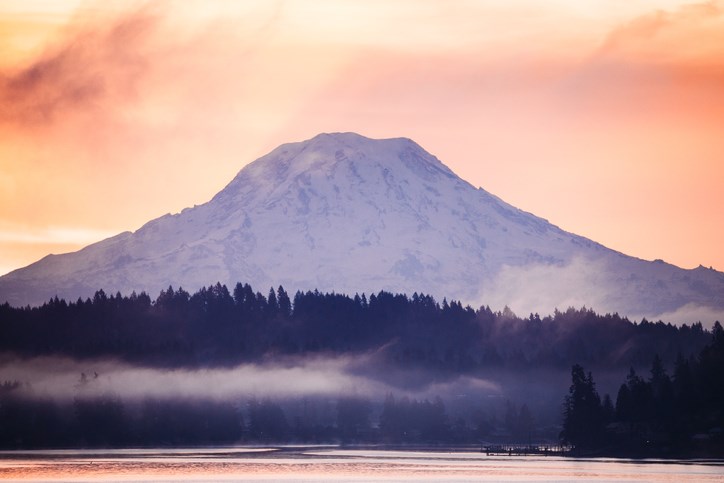 What’s more, the study notes that in, “Washington State, a powerful explosion has devastated huge tracts of forest and killed people tens of miles from the volcanic source.”

Indeed, the eruption of Mount St. Helens on May 18, 1980, had devastating effects. Besides killing over 50 people, destroying forests, structures, and more, the effects from this eruption were felt in B.C. Similar to fine particulate matter from wildfires, the debris from the volcanic ash made its way to the province.

Mount St.Helens ranked second on a comprehensive list of 161 volcanoes. Further, it is considered the most likely volcano in Washington to erupt.

Mount Rainier, also in Washington state, took third spot in the ‘high risk’ rankings. Mount Baker came in 14th and Glacier Peak came in 15th, and both are in Washington.

With that in mind, these rankings don’t mean that one of the volcanoes will erupt anytime soon.

“This update of the volcano threat assessment of Ewert and others (2005) considers new research in order to determine which volcanic systems should be added or removed from the list of potentially active volcanoes, updates the scoring of active volcanoes, and updates the 24-factor hazard and exposure matrix used to create the threat ranking,” reads the assessment.

As such, the study conveys what volcanoes present potential risk based on myriad hazard factors, such as proximity to urban areas or how much they have been studied.