Adriane Carr will not run for mayor of Vancouver 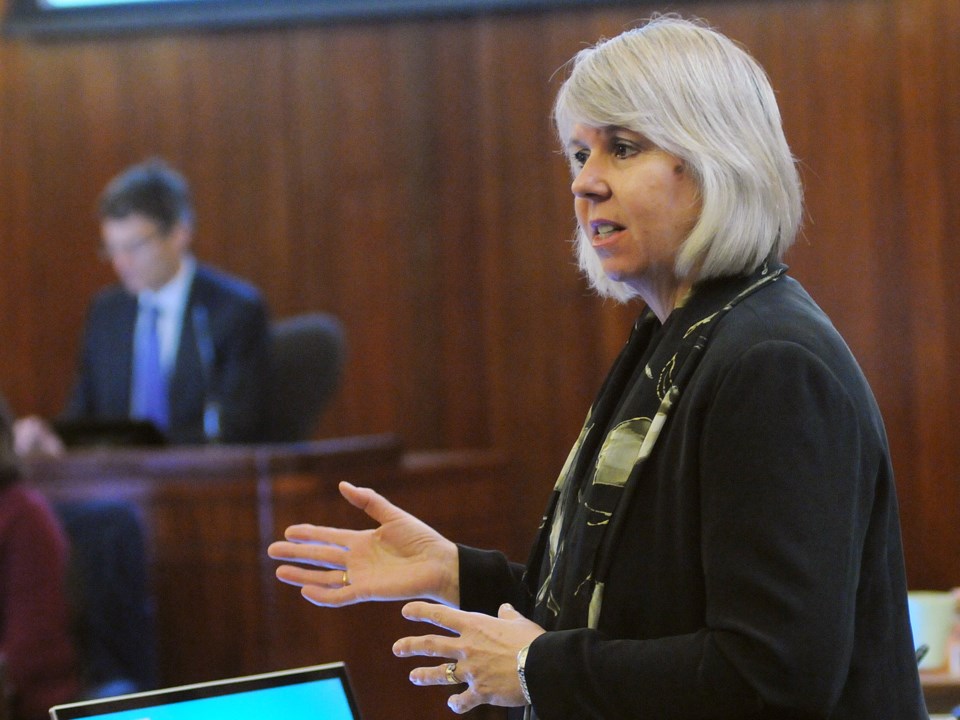 Green Party Coun. Adriane Carr will seek her party’s nomination for council instead of taking a run at the mayor’s chair in the Oct. 20 municipal election. Photo Dan Toulgoet

Green Party Coun. Adriane Carr will not run for mayor of Vancouver.

After months of deliberation, and despite public opinion polls showing her as the front-runner to replace the retiring Mayor Gregor Robertson, Carr has decided she will instead seek re-election as a councillor, if she is nominated by her party to run again.

Carr cited the crowded field of mayoral candidates on the centre-left of the political spectrum as her central reason for not competing for the mayor’s chair. The fact she didn’t get support from COPE, OneCity and Vision Vancouver for a mayoral run also factored in her decision, she said.

“The overwhelming message from the public I’ve heard is that if it’s at all risky, don’t run for mayor because we really need you in the council chambers,” she told the Courier Friday in advance of a Green Party meeting where she would announce her decision to stick to council. “The more crowded the field, the riskier it gets.”

That crowded field on the centre-left includes independents Shauna Sylvester of the SFU Centre for Dialogue, Burnaby-South NDP MP Kennedy Stewart and Vision Vancouver’s Ian Campbell, who was acclaimed this week.

The other side of the spectrum includes businessman Ken Sim of the Non-Partisan Association, Wai Young of Coalition Vancouver and NPA Coun. Hector Bremner, who is expected to compete for the mayoral position when his new yet-to-be-named party launches later this month.

David Chen of ProVancouver also wants to be mayor.

Earlier in the year, Vision suggested the long-ruling party at city hall might not run a mayoral candidate. The party’s move to do so in May, Carr said, “had a big impact” on her decision not to run for mayor. But Carr told the Courier last month that she was willing to wait for Vision to choose a candidate.

Her decision to wait was based on whether the candidate—which is Campbell—would be a unifying force or someone who was divisive. Reminded of her comment Friday, and asked whether she viewed Campbell as unifying or divisive, she responded: “That’s a good question. I think that his First Nations’ leadership at a time of reconciliation could make him a unifying candidate.”

That said, Carr added, she has heard concerns about Campbell’s ties to the MST Development Corporation, which was created to oversee the development of more than 120 acres of land in Vancouver, including the Jericho and Heather Street lands. Since he announced his run, Campbell has stepped aside from his roles on Squamish council and resigned as a director of the MST Development Corporation.

“But good on him for coming forward,” she said. “Of course I would find ways to work with him, should he end up being mayor. I think there would be lots of issues where we can collaborate, and some issues we may not.”

Carr has been the Greens’ lone councillor since her narrow victory in 2011. In 2014, she topped the council polls but was disappointed none of her running mates was elected. This election, the party will run three candidates for council, with Carr likely to be one of them.

The party is expected to run three candidates each for school board and park board, once the party membership ratifies the agreement brokered by the Vancouver and District Labour Council to run a total of nine Green candidates in the Oct. 20 race. A total of 17 candidates will vie for the nine spots at the Greens’ nomination meeting June 27.

Carr said she was disappointed that Vision, which has ruled city hall since Robertson won a majority in 2008, has decided to run five candidates for council and a mayoral candidate. If all six candidates win, that would give Vision a fourth straight majority.

“I don’t believe that the citizens of this city—the people who are going to vote in the upcoming election—are happy with the idea of a majority,” she said, noting many people who spoke to council this term concluded Vision’s majority always get what it wants.  “That is so wrong in terms of democracy.”

Along with Carr, the Greens are currently represented on school board by Janet Fraser, Judy Zaichkowsky and Estrellita Gonzalez. Stuart Mackinnon and Michael Wiebe are the Greens’ representatives on the park board, with Wiebe now seeking to be a council candidate with the party in this year’s race.