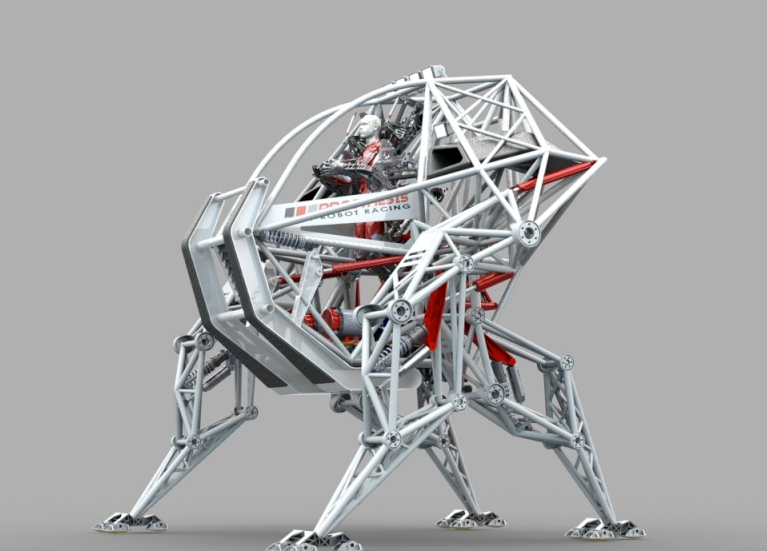 Jonathan Tippett has a terrifying vision of the future. He foresees a world where every physical task is being performed by robots. Humanity has descended “into a state of total ineptitude and apathy,” and we have completely lost touch with our bodies. The most direct, physical, immersive experiences of life are a thing of the past. No more snowboarding. No more mountain biking. No more driving fast cars. We are sedentary, and a huge chunk of the human experience has been lost.

Tippett sees it happening already. “People have been so focussed on robots as a means to do things for you, that they've stopped inventing new human experiences.” And for every robot that delivers your household from the scourge of vacuuming, there's one that takes over a task you may enjoy.

Tippett is an engineer: by profession and by nature. By day, he works at Vancouver's Evasc Medical Systems, where he makes devices to assist people with vascular disorders. He believes in technology. But this trend of robots that operate without human involvement runs counter to what Tippett loves most about machines: they give us new skills to master. So, he has embarked on a mission to build the next snowboard, the next mountain bike, the next race car.

“I wanted to build a sport,” Tippett said, “something that required skill to operate.”

And from that impulse, a huge, mechanical art project called Prosthesis was born. Tippett's new sport is a giant, four-legged, manned walking machine with no automated controls. There's no steering wheel or acceleration pedal. No joystick. The pilot sits inside the machine, and each of his limbs controls one of Prosthesis's four legs. It's a robot whose brain has been replaced by a human, thus its nickname: “the Anti-Robot.” For Tippett, Prosthesis is the ultimate communion between man and machine.

Or, at least it will be when it exists. So far, Tippett and his team of volunteers have built a two-thirds scale prototype of one leg, poetically named “the Alpha Leg,” which will serve as a training device for future Prosthesis pilots. Bits and pieces of the final machine are under construction.

But Tippett's got some obstacles ahead of him in his quest to make the fully-formed machine a reality. Currently, he's faced with the distraction of moving their entire operation to a new lab space. His team's old space will soon become part of the relocated Emily Carr University.

And, there's always the issue of money. Tippett managed to raise nearly $18,000 towards the project on Indiegogo, but he'll need a lot more. Nonetheless, Tippett believes that with a bit of ingenuity and a lot of blue-sky thinking, he can bring Prosthesis to life.

“In my experience, 'how' is the least important question,” Tippett said. “If you put your mind to something, it will happen.”