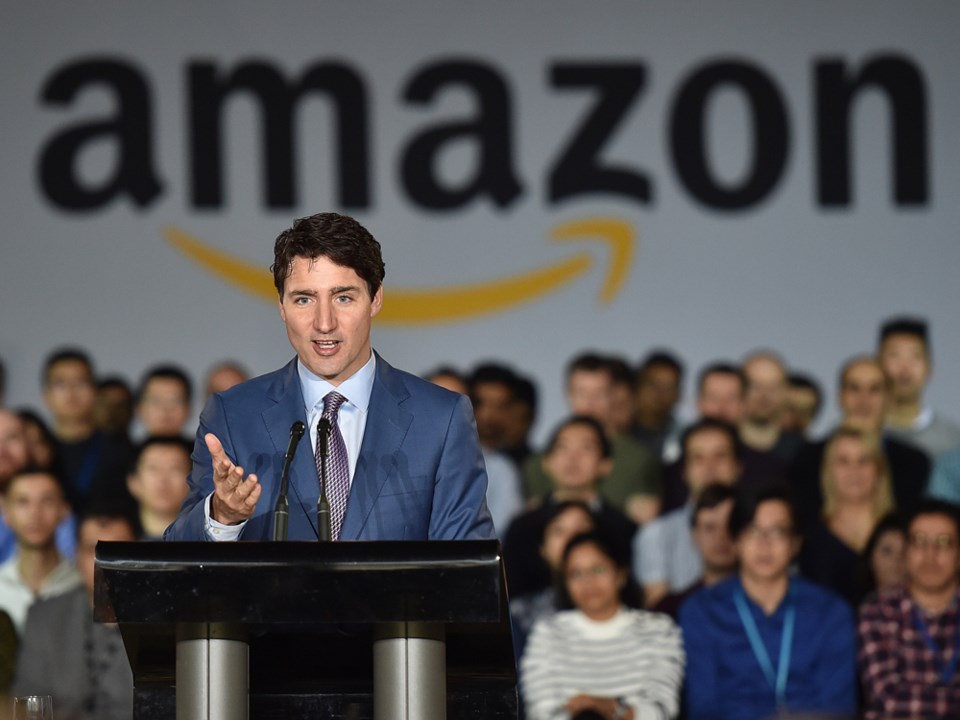 Prime Minister Justin Trudeau was at the old Canada Post sorting station on Monday morning to announce Amazon's plans for the building.Dan Toulgoet

Amazon’s general manager of web services Jesse Dougherty says the new positions will be focused on e-commerce technology, cloud computing and machine learning, and they’ll be working in new office tower the company is building on the site of the city’s old post office.

Dougherty says the current structure’s architectural features will be preserved, and the tower is expected to open in 2022.

Ever since Canada Post moved its sorting facility to Richmond, the building has been used as a film and television set.

The company is expected to announce its second North American headquarters, dubbed HQ2, sometime this year, with Toronto as the only Canadian city among the list of 20 finalists.