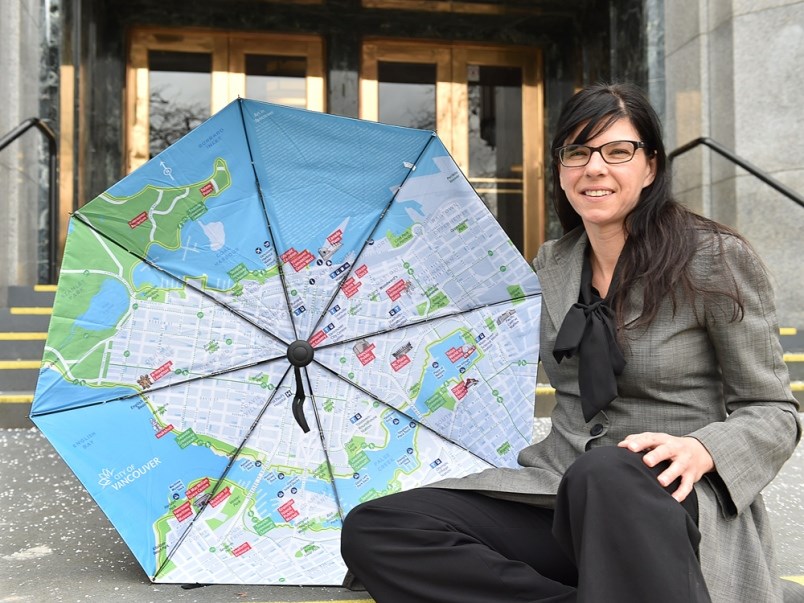 In a brief email Tuesday to the Courier, Reimer said she is seriously considering a run for mayor with Vision now that Ian Campbell is no longer interested in the position.

“In the last 18 hours I’ve had a lot of friends and colleagues contact me and urge me to reconsider my decision and become Vision’s nominee for mayor,” she wrote. “I owe it to them and the city and agenda I have worked hard [on] for almost two decades now to seriously consider. So that’s what I’m doing.”

Campbell shocked many Vancouverites, including his own party executive and candidates, when he announced Monday that he was withdrawing from the race to become mayor.

The Squamish Nation member, who is a hereditary chief, made his decision after reflecting on the “political landscape and my complicated personal journey,” he said in an emailed statement.

Reimer’s reconsideration to become the party’s nominee comes after she announced in October 2017 that she wasn’t seeking re-election as a councillor, or interested in seeking the party’s mayoral nomination.

When asked then to respond to suggestions that she might be a successor to Mayor Gregor Robertson when he retires, Reimer said it had “never been my interest in life to be that person.”

She added: “It’s not my intention to run for mayor with any entity or non-entity. I get why people think mayor is a very important position and why one should want it. But you know where I come from. Just having the title ‘councillor’ has been a hard thing for me to reconcile. I don’t aspire to be a mayor.”

Three months later, Robertson announced he was retiring but Reimer said again she had no interest in becoming the party’s nominee. She did, however, became involved in Campbell’s campaign and was the person who introduced him at his launch.

Campbell has not responded to requests from the Courier to elaborate further on his reasons for withdrawing from the race. He became Vision’s nominee in June after competitor Taleeb Noormohamed pulled out of the party’s leadership race after he suffered “a sudden cardiac event.”

In her email to the Courier, Reimer said internal polling showed Campbell had “an excellent shot at being our first Indigenous mayor.”

Reimer has been a strong ally to the city’s Indigenous community, learning how to speak some phrases in the Squamish language and promoting the city’s reconciliation efforts.

Ange Valentini, Vision Vancouver’s executive director, told the Courier Tuesday that a new leader would have to be in place by Friday, the deadline for candidates to file nomination papers at the city’s election office.

The party will also consider endorsing other mayoral candidates, although she didn’t name them. Vision’s 10 candidates for council, park board and school board will remain in the race, despite Campbell’s decision, she added.

In an email Tuesday night to people on Vision’s email list, Valentini said the party’s internal polling shows “if an election were held today, it would be a neck and neck race between Vision and the NPA for mayor.”

Retiring Vision councillors Tim Stevenson and Kerry Jang told the CBC Tuesday and later confirmed with the Courier that they are supporting independent mayoral candidate, Kennedy Stewart, for mayor.

“Because I believe he’s now the best candidate to defeat the NPA,” said Stevenson in an email, prior to knowing Reimer was considering becoming Vision’s candidate.

Vancouver has never had a woman as mayor.