As news of architect Bing Thom’s unexpected death rippled across Vancouver, Canada and the globe Tuesday, a long-time colleague remembered him as an extraordinary figure in the world of architecture — for his career accomplishments, his views on buil
Oct 4, 2016 12:15 PM By: Naoibh O'connor 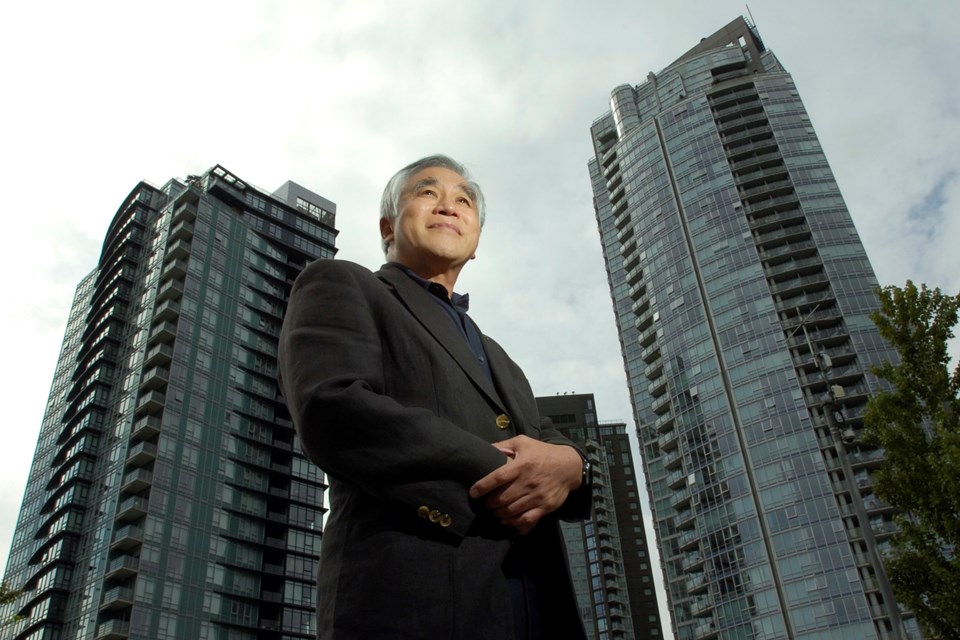 As news of architect Bing Thom’s unexpected death rippled across Vancouver, Canada and the globe Tuesday, a long-time colleague remembered him as an extraordinary figure in the world of architecture — for his career accomplishments, his views on buildings’ roles in communities and his down-to-earth personality.

“[Thom] was truly a great architect and he produced amazing work. He was an extraordinary leader who inspired all kinds of people, but I guess what he really taught all of us is architecture has a service to society and has a larger calling than just to design a building that meets the program and the budget — that we have to build buildings that improve society and improve the environment and improve the places they’re working [in],” said Michael Heeney, a principal at Bing Thom Architects, who’s been working with Thom since 1989.

Thom died in Hong Kong of an aneurysm at age 75. Born in Hong Kong, he immigrated to Canada as a child. He earned a Bachelor of Architecture degree from UBC and a master’s of architecture at the University of California at Berkeley. He worked in the offices of Fumihiko Maki in Tokyo and Arthur Erickson in Vancouver before starting his own firm, Bing Thom Architects, in 1982.

The firm posted the news of Thom’s death on its website early Tuesday, including a message from Thom’s wife of more than 50 years, Bonnie: “Bing believed architecture transcends the building, to shine its light onto its whole surroundings. He was so happy his architects also pursue this adventure of ‘building beyond buildings.’”

As word spread, condolences poured in on social media — from other architects and architectural firms, as well as community leaders and politicians, including Vancouver Mayor Gregor Robertson and B.C. Premier Christy Clark.

Bing Thom’s unique and outstanding work left its mark in British Columbia and around the world. My sincere condolences to his family.

Robertson called Thom one of the city’s most accomplished and treasured architects.

“I will remember Bing for his passion to create beautiful spaces and places that better communities,” Robertson said in a statement. “His belief in architecture as a transformative tool not only for physical spaces, but also social and economic ones can be felt throughout our city, from community gathering spaces, residences and commercial spaces, to stunning masterworks like the Chan Centre for the Performing Arts.”

Clark described Thom as a man “who combined a passion for innovation and a limitless imagination for the possible with a holistic approach for making the world a better place to live.”

“Those who were lucky enough to know Bing recognized his inherent graciousness and how he treated everyone he met with respect. It was also that appreciation for bringing people together that can be seen in his work — building spaces that reflect the communities they enrich — from the Chan Centre for the Performing Arts, to the Surrey City Library and Guildford Aquatic Centre,” she said in a statement.

Heeney said Thom would never pinpoint his favourite project out of loyalty to all of them.

“People used to ask him what his favourite buildings were and he always used to say it’s like asking someone who their favourite child is. Each one is different, each one you love unconditionally and each one has some interesting attributes,” Heeney said. “Some of his better known ones in the Vancouver area are the Chan Centre for Performing Arts, which has been a tremendous success and has helped cultural life of UBC blossom and act as a bridge between the city, the larger community and the university campus, which was really one of the goals he wanted to get out of that project.”

More recently, Thom’s work has been in suburban locations such as Surrey, Heeney added.

“The firm was responsible for Central City, which is a big mixed-use project, which is where Simon Fraser University is. That project really kick started the whole Surrey city centre, which has now blossomed in a way no one could have imagined 10, 15 years ago,” he said.

“People referred to him as a bright light that people were drawn to, like bees to a flame or bees to honey. He charmed everybody from his colleagues to his clients to the leaders in the community — everyone in the community, regardless of their background or social position. He really had time for everybody. We frankly all learned [from him] and owe such a debt to him because he saw the value of everyone and what they could bring to help us design a project,” he said.

“It was so easy to forget he was this famous, famous architect working beside you when he’s here in the office. He was just another colleague completely focused on making sure we designed the most wonderful buildings we possible could.”

Heeney said he’s learned many lessons from Thom, which will be unfolding for the rest of his professional career and life.

“Every day there seemed to be some new insight he would provide in dealing with people or situations. Or just how light comes into a building — how important natural light is and how you can use that to paint the spaces and create the spaces inside of a building. Or his curiosity to really explore things. He loved to try things that had never been done before and to figure out how to make things work technically. That was one of the things that drove him as much as anything."