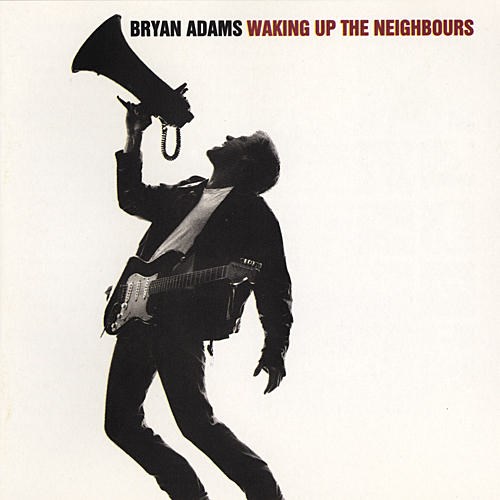 Rock star Bryan Adams kicks off the North American leg of a world tour in Sydney, N.S. by saying the Canadian Radio-television and Telecommunications Commission (CRTC) need a wake-up call after they ruled the Canadian musician’s latest album, Waking Up the Neighbours, wasn’t sufficiently Canadian and its first single “(Everything I Do) I Do It For You,” which was the number one hit in 17 countries, could only be played by radio stations a maximum of 18 times a week.

For music to qualify under the CanCon regulations meant to help level the playing field for homegrown musicians, it had to meet at least two of four conditions under the CRTC’s MAPL regulations: music (M) must be composed by a Canadian artist (A), recorded while performed (P) within the country, and/or the lyrics (L) must be written by a Canadian.

Not only were some tracks from the album recorded in England instead of at Adams’ own Warehouse Studio in Gastown, but his writing partner, Robert “Mutt” Lange, was British, meaning no song on Waking Up the Neighbours featured either music or lyrics written entirely by a Canadian.

Calling the rule “a disgrace” and pointing out “you'd never hear Elton John being declared un-British,” the disgruntled Vancouver rocker called for the CRTC to be abolished.

Under public pressure, the regulating body instead opted to change the controversial rules so that a Canadian artist who writes 50 per cent of a song's music or lyrics is now credited with one MAPL point.