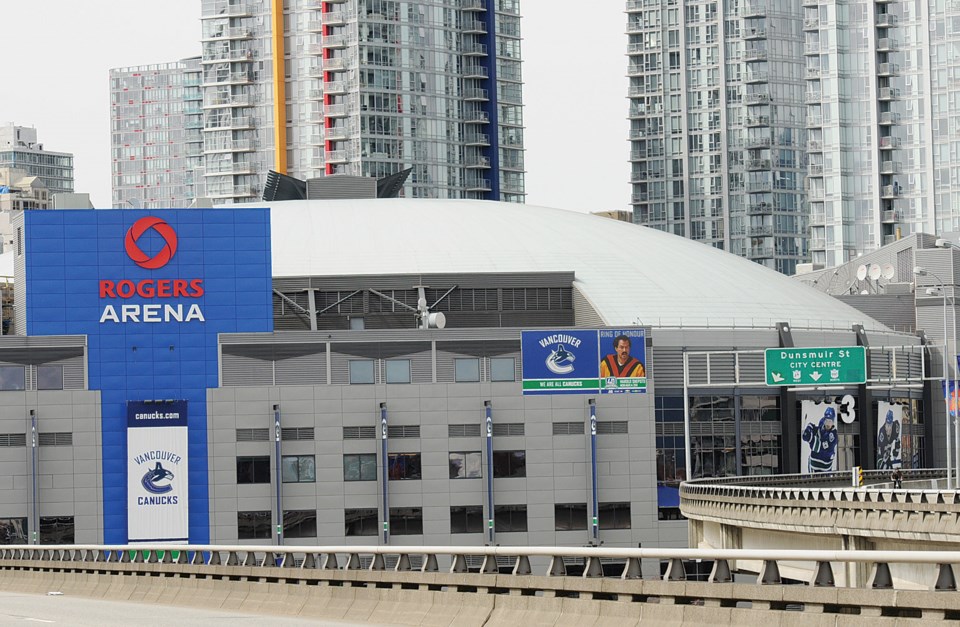 The new $160 million arena was built to replace Pacific Coliseum as the city’s main indoor events venue and also to be home to the Vancouver Grizzlies as part of the NBA’s expansion into Canada.

Defenseman Jeff Brown scored the first goal at the new rink, now called Rogers Arena,  in the home team’s 4-3 preseason win over the Anaheim Mighty Ducks. Brown is best remembered today for his contributions to the team’s 1994 playoff run, having recorded fifteen points in total, including two goals in game six of the series against the New York Rangers that forced a seventh game.