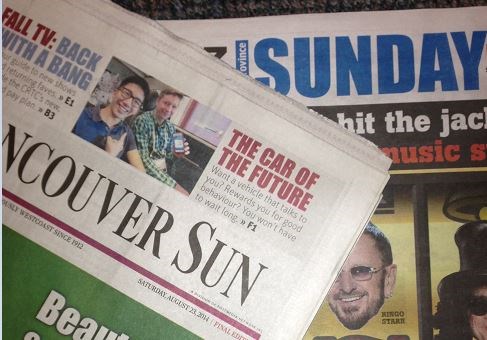 The city's daily newspaper business becomes a monopoly after Southam Newspaper Group, who own The Province, purchase the 68-year-old Vancouver Sun from Thomson Newspapers Ltd. on a day insiders refer to as "Black Wednesday."

The two media outlets were already part of a partnership called Pacific Press that shared production facilities and profits although newsrooms were kept separate and both papers retained individual ownership. The deal drew the attention of the federal government's competition watchdog, who charged the two companies with conspiracy under the Combines Investigation Act, but they were acquitted in 1984.

Both newspapers are now owned by Postmedia Network Inc., which also publishes the National Post and formely owned the Vancouver Courier.