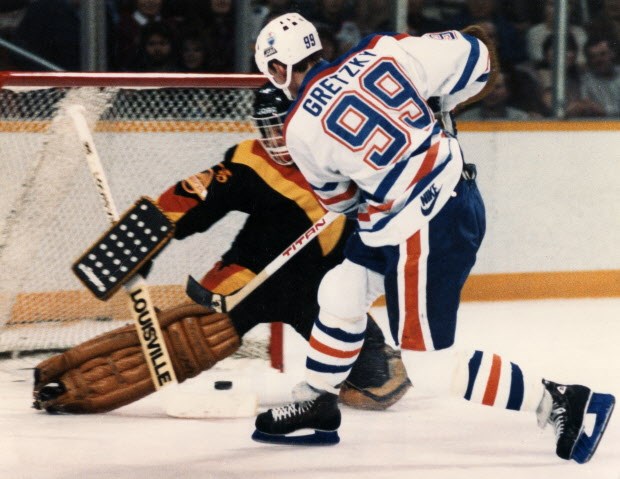 Hanlon would later tell people he “created a monster” by being the league’s eventual all-time leading scorer’s first victim.

A third round pick in the 1977 entry draft, Hanlon was traded to the St. Louis Blues for Rick Heinz, Tony Currie, Jim Nill and a draft pick at the 1982 trade deadline, players who were pivotal to the team’s first appearance in the Stanley Cup Final a few weeks later.

Gretzky also scored his 500th goal against the Canucks 575 games later, the fastest player to reach the milestone, in 1986.