Return of the yellowbird For such a rare car, the 1987 RUF CTR casts a long shadow. Only 29 of them were ever built, making other 1980s supercars look positively common by comparison.
Mar 30, 2017 9:40 AM By: Brendan Mcaleer 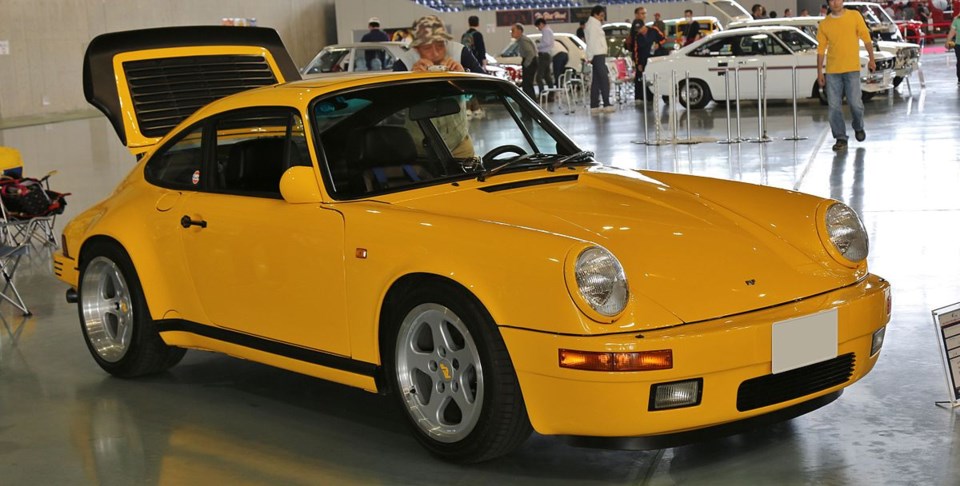 Return of the yellowbird

For such a rare car, the 1987 RUF CTR casts a long shadow. Only 29 of them were ever built, making other 1980s supercars look positively common by comparison. And yet the RUF stands head and shoulders above the rest by virtue of being the fastest of them.

If you’re not familiar with the CTR, here’s a thumbnail sketch. Based on the standard narrow-body 911, the Pfaffenhausen-based RUF reworked the chassis for rigidity, lightness, and improved aerodynamics, and added a very powerful twin-turbocharged 3.4L engine. This last made 469 horsepower, though it’s rumoured that RUF heavily underrated the car.

Whatever the case, the CTR had enough power to run up to 340 km/h and above, good enough at the time to best factory supercar heroes such as the Ferrari F40 and the Porsche 959. In a high-speed shootout held by Road&Track, a yellow CTR walked away with the laurels.

The legend of the Yellowbird was born.

And now it’s back, sort of. On the 30th anniversary of the CTR’s debut, RUF is releasing 30 models of a reborn version of their best-known car. This time it’s their own unique carbon-fibre chassis, shaped to look like the original, but entirely modern underneath. Power is a staggering 710 h.p., and a six-speed manual is the only transmission offering.

While the CTR made for a great poster car, and I highly recommend watching the Youtube video of RUF’s test driver slinging it around the Nurburgring almost entirely sideways, both the old car and the new car are completely unaffordable.

What about a sporting machine for the everyman? Both generations of the Toyota MR2 are brilliant little cars, providing supercar-like thrills at saner speeds and operating costs. The first-generation car is a lightweight wedge with a willing four-cylinder engine, and the second generation Turbo models can be genuinely fast. However, Canada had to make do without the MRS roadster, and we haven’t had anything since. However, Toyota’s sports car team is hinting that the MR2 may be coming back.

Currently, Toyota’s busy co-developing a reborn Supra with BMW. That should be great news for inline-six fans. Toyota reliability and BMW performance? Sign me up.

Also in the lineup is the Toyota 86, which we knew as the Scion FR-S while Scion was still around. A nicely balanced 2+2, it’s a great alternative to an MX-5 if you prefer a coupe, or occasionally have to haul kids around.

However, ++magazine is reporting that Tetsuya Tada, the head of the 86 project, is calling for a third sportscar to join Toyota’s lineup, and soon. With the Supra providing a halo and the 86 hitting the middle notes, that means there is room for a new, compact performance car.

What might that look like? Well, a mid-engined car might not be that likely again, not with the manufacturing realities of global vehicle architecture. However, the S-FR concept from a few years back might work: it’s essentially a GT86 built along the scale of the original Miata as a two-seater only.

Of course, if the MR2 does come back, it might be a Japan-only prospect, not unlike the current mid-engined Honda S660. C’mon Toyota, let Canada shake hands with Mr. Two again.