B.C. crisis centre marks 50 years of listening to people in their most critical time of need 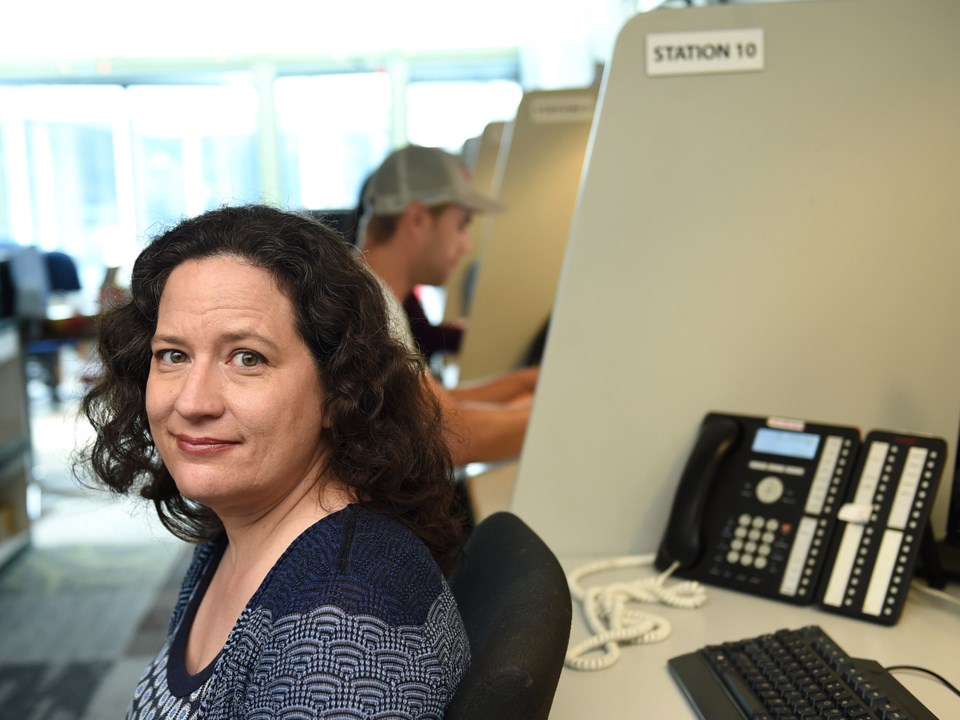 Stacy Ashton is the executive director of Crisis Intervention and Suicide Prevention Centre of B.C. She’s worked in the field for more than 20 years.Dan Toulgoet

The need for proper sleep and nutrition cannot be overstated.

They’re talking points that come up among parents, kids, athletes and everyone in between. They’re also two of the easier workarounds in one of the most demanding jobs imaginable.

The Crisis Intervention and Suicide Prevention Centre of B.C. marks its 50th anniversary Sept. 10 to coincide with World Suicide Prevention Day. The majority of the work done through the Vancouver office comes by way of phone and web supports for those in distress or contemplating suicide.

Stacy Ashton is the centre’s executive director but started her career working the crisis line phones in 1996. She’s heard every trauma imaginable.

Empathy, compassion and “active listening” are essential in her line of work. Those on the receiving end of the phone are able to direct callers to family doctors, school counsellors, employee assistance programs or any number of services.

Sometimes resolution is found by simply listening to a person’s problems.

“Sometimes they just need sleep or food,” Ashton said. “When people stop taking care of themselves, they need to reverse that and get that sleep and food so they can take a fresh look at the situation when the emotions aren’t running the show.”

The vast majority of those working the phones, roughly 90 per cent, are volunteers. They undergo 120 hours of training through role playing, call shadowing and listening. Four hours of volunteer work is done per week and those volunteers are asked to provide the crisis line with 250 hours of service once their training is done. About 130 volunteers are trained annually to field more than 41,000 calls.

Blair Wilson is about five months into his time with the crisis line. The 23-year-old Coquitlam resident is nearing the completion of his studies in psychology and counselling and wanted practical training to go alongside his classroom learning.

It’s the exact same route Ashton took as her career began 23 years ago.

“My first shift was terrifying. It’s kind of scary to pick up that phone and not know what’s going to be on the other end of it,” Wilson said. “I knew that as long as I listened to the training and followed the idea that I’m there to really help people, to be supportive and because I care, I felt like I could get through it.”

Parking any semblance of judgement is critical to the crisis line — calls come in from both the abused and abusers. Ashton once fielded a call from a man who admitted to hitting his girlfriend earlier that day.

“My job there was not to judge what he had done, but to help him express those feelings and figure out if there was something that he was going to do about it,” Ashton said. “His next step was to go and get help, but you never know.”

Not knowing may sound a bit paradoxical in Ashton’s line of work, but it’s paramount. Not knowing allows volunteers to debrief, process emotions and move on to the next call.

“I’m not there to solve people’s problems or give them advice,” Wilson said. “All the problem solving is usually going to come from their side, generally speaking. It’s about trying to empower them to make those changes. Once we get off that call, you’re probably not going to talk to that person again.”

Common themes are found in most calls — relationship difficulties, job stress, poverty, loneliness, depression — but the details of each case makes no two calls the same.

“How people think about suicide and wanting to live kind of go side by side,” Ashton said. “It’s that part of a person who wants to live that reaches out and calls the crisis line. That’s where we have our opportunity.”

Statistics from the Canadian Association of Suicide Prevention suggest 11 people will commit suicide in Canada today. Four out of five people who die by suicide have made at least one previous attempt.